Cake Time operates a number of trucks (selling cakes, what else) all over KL and in some other states in Malaysia (like Penang, Ipoh and Melaka).  You can check out their schedules on their Facebook to see when one of their trucks will be "parking" near you. 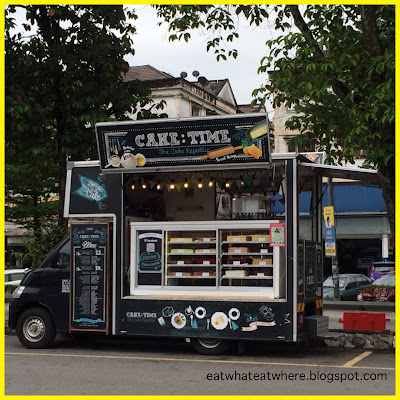 It was my sister-in-law who brought to my attention that one of the Cake Time Trucks would be showing up in our housing area.  Since I've never tried them before + they're here, a stone's throw away....I thought, why not. 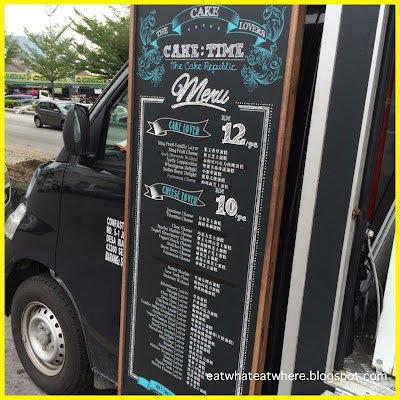 Banner showing the types of cakes on offer but not necessarily available on a given day. 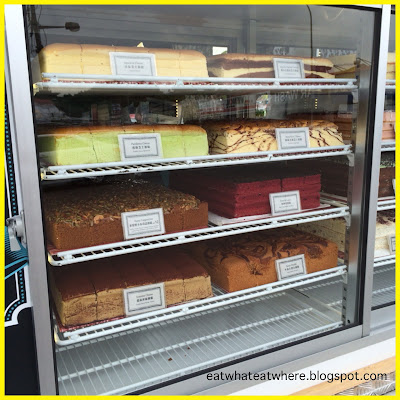 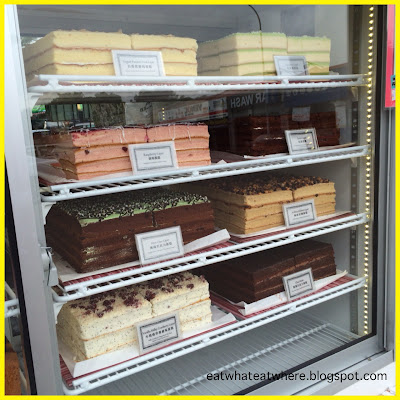 
I made my selections and went on my merry way. 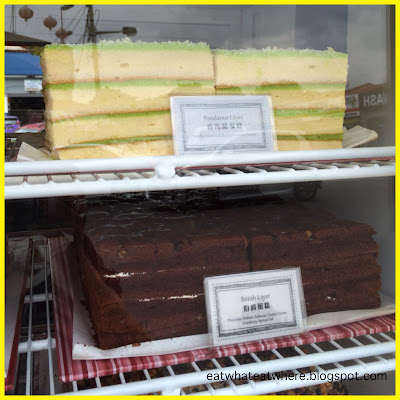 Nope, I didn't choose this...the Pandanus Layer...as I was weary that the pandan layers in between may be too sweet as the pandan colour looked fake, too green to be made from real pandan juice (that's just my suspicion). 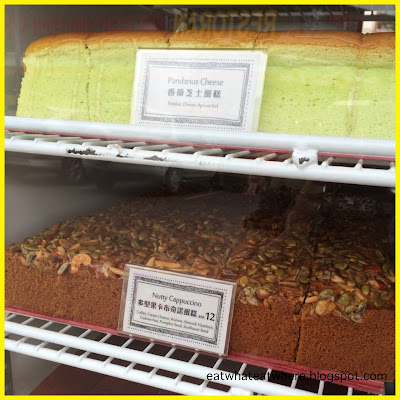 Most of the cakes are price at RM10 though some are RM12 like this Nutty Cappuccino.  I didn't choose this either though the word cappuccino attracted me but, alas, the nuts were held together with a sugar glaze...nope, it'd be too sweet for me. 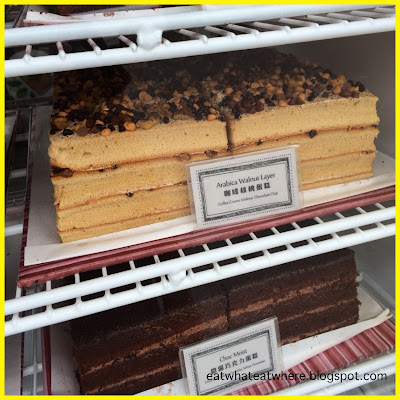 I probably should have chosen this Arabica Walnut Layer as it had coffee and coffee cream but I also didn't. I would soon regret not choosing this. 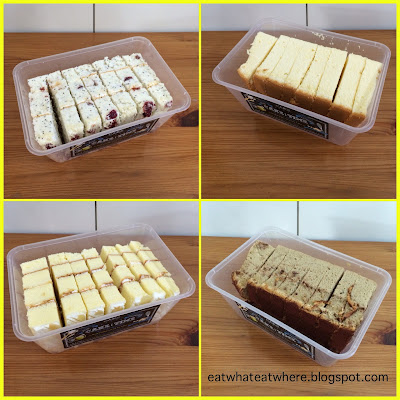 At home, I unveiled the cakes and find that they're about 15 by 6 cm (or 6 x 2.5 inches), so it's quite a huge piece for RM10.  You can visualise the size as it fits into a standard plastic box (just like the ones we "tapao" our chap fan). 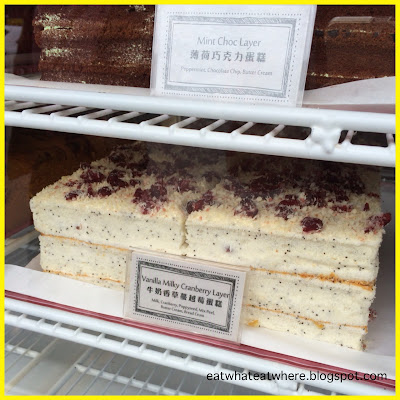 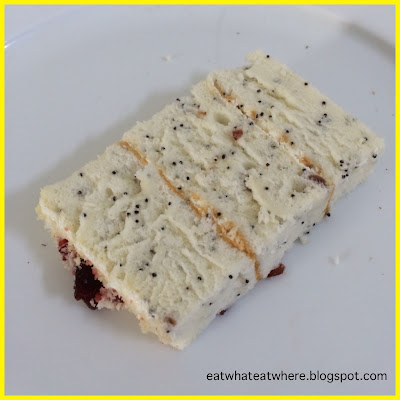 I initially thought that the poppyseeds were actually real vanilla beans....ya, I wish! :P  I did enjoy the slight tang the cranberries brought to the cake.  Were those breadcrumbs sprinkled on top of the cake (as described)?  It could be since it tasted bland.  I thought they were coconut flakes at first.  That would have been better to bring a bit of fragrance and sweetness to the cake. 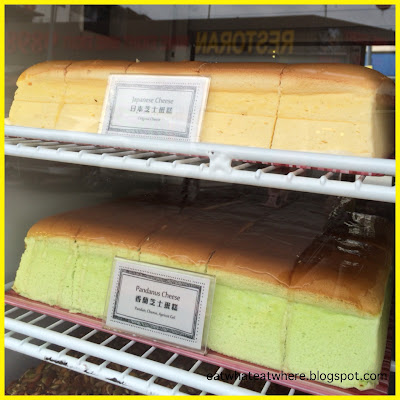 Next was the Japanese Cheese since the 'cake guy' mentioned that their cheesecakes are best sellers. 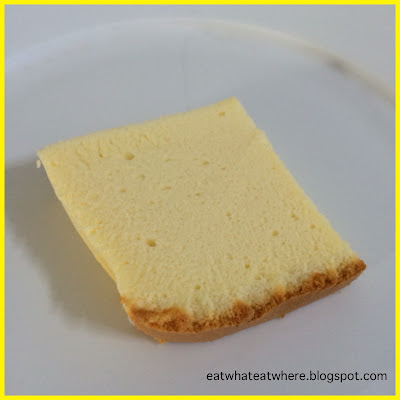 If you're one that doesn't like the smell and taste of cheese, you don't have to worry coz this one you can hardly smell or taste the cheese...wakakakaka...which doesn't necessarily mean it's a good thing especially where cheese lovers are concerned! :P 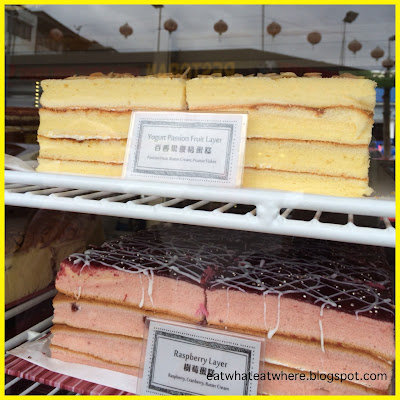 The Yoghurt Passion Fruit Layer was my next choice, made with butter cream and passion fruit and topped with peanut flakes. 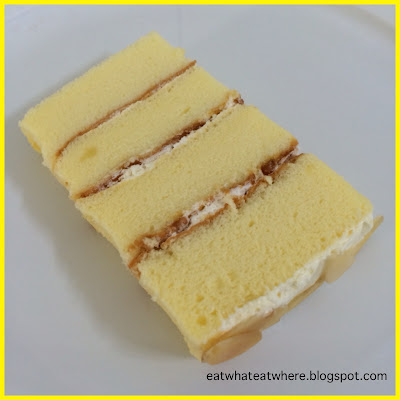 The peanut flakes wasn't toasty nor fragrant.  It didn't even have a crunch to it and felt like it was past its prime.  It was hard to say if I tasted passion fruit.  There was a very, very faint hint of something zesty...and that was about it! >_< 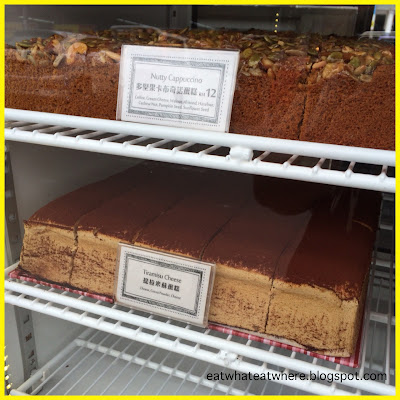 My final selection was the Tiramisu Cheese.  I think I jumped at seeing the word 'tiramisu'...it being one of my favourite cakes. 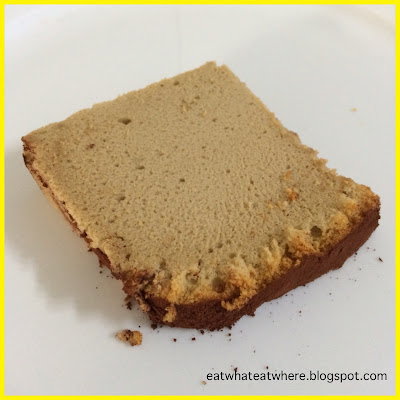 Taste wise, let's just say I wasn't jumping for joy! :'(  There was hardly any coffee flavour and the cocoa powder was overly powdery, coarse and dry on the tongue and didn't have enough cocoa fragrance. 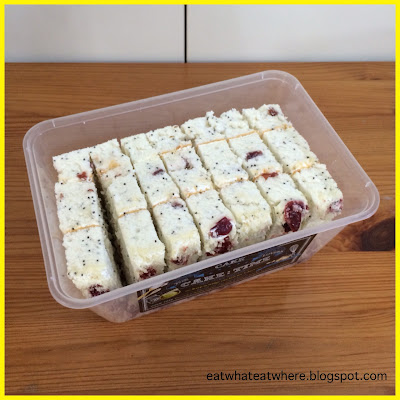 Overall, the cakes were nothing special but pleasant enough if you don't have high expectations.  It reminded me of those JJ Swiss rolls I bought from Ipoh where the flavours were almost indistinguishable as they weren't distinctive enough. 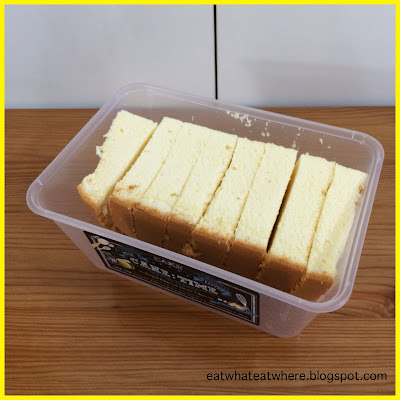 As for the positives, they were soft and airy and not too sweet.  The negatives, they were not as moist as I would have liked and some tasted almost bland.  If someone had gifted me these cakes (without telling me what they were), I probably wouldn't be able to make out the flavours from tasting them (other than making a calculated guess visually). 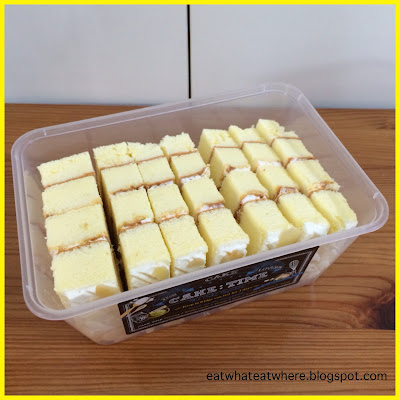 Possibly the biggest positive is the price.  For RM10, you get...not a slice of cake but a piece that's the size of a box! ^.^  That should account for something, right?  So, I can see the appeal of these cakes to some because of the portion size. 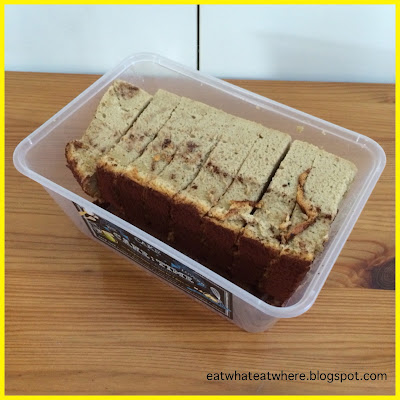 Actually, the cakes look great on their Facebook but the few I tried, the taste was just.....meh!  The ones that have some form of cream in between the layers (to offer more moistness and add some sweetness) are likely to be the better choices.

If you're after a good portion-sized cake that's light and airy, then go for it.  In the end, it's a question of whether you'd rather eat one piece of good cake for RM15 or a big piece of just-ok-tasting cake for RM10. The choice is yours.  I'm in the former category...so they don't become wasted calories! :D