The owner of this stall started more than 30 years ago as a roast meat wholesaler in Pudu market and have now opened up their first stall in a food atrium.  The stall I'm talking about is Tong's Roast @ Avenue K's Taste Enclave which was our choice for dinner one evening. 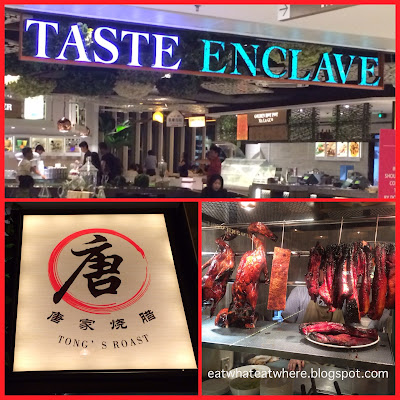 Looking at what was hanging in their stall, we opted for the roast duck and BBQ pork (since there was only a small miserable pc of roast pork left and it didn't look very inviting). 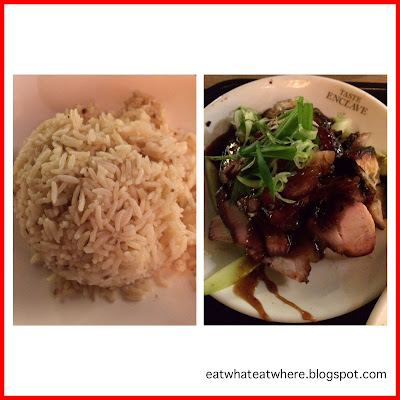 My son had the Honey Glazed BBQ Pork with Rice @ RM8.50 as "char siew" (barbecued pork) is his perennial favourite.  The rice had nice separated grains and the char siew was of acceptable standard (for a 'food atrium') though you can definitely find better char siew out there (like the ones in Chan Meng Kee, Char Siew Yoong or Uncle Meng to name a few). 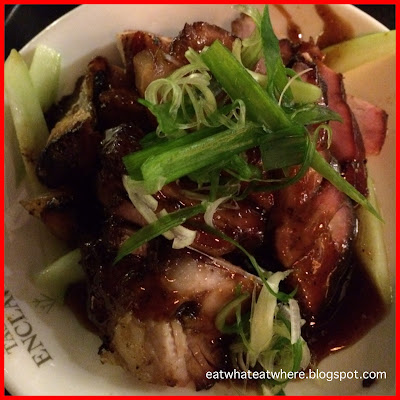 The char siew here leans towards meat that is.....lean and not those fatty melt-in-your-mouth types.  It tasted alright but it was the super sweet glaze that threw us off.  It was stated as honey on its menu but it was more like a sugar glaze as we definitely tasted the grainy, undissolved sugar granules in the sauce.  The sauce had a thick and hard texture (as that happens when undissolved sugar comes back down to room temperature).  Most of the reviews I've seen on this place did not mention (or have negative comments) about the state of the sauce.  Maybe they substituted the glaze with (more) sugar (now) instead of honey (as it's more expensive)...I don't know, but it's fair to say I won't be having this again! 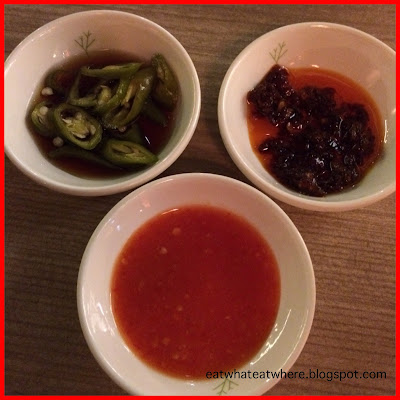 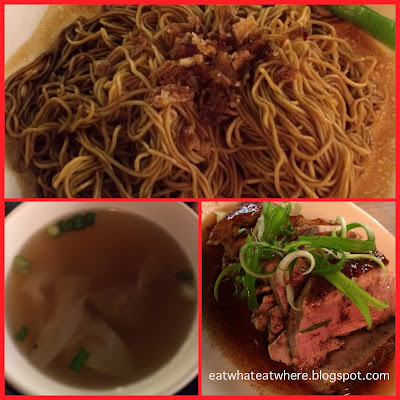 The Roasted Duck with Wantan Noodles @ RM10.90 that I chose fared much better.  The wantan noodles was springy and the sauce is on the drier side.  It was served with 2 pcs of wantans (small). 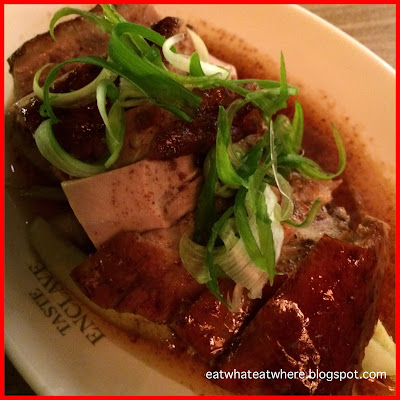 The roast duck was served separate from the noodles which was good so that the sauce does not overpower the dish.  The duck meat was flavourful and tender and the skin had a slight crisp to it.  However, I felt it would have been better paired with rice as the sauce was on the salty side. 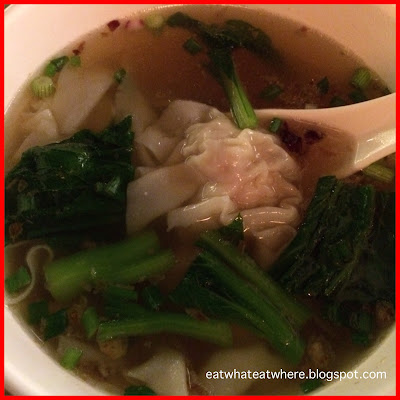 I also ordered a side dish of Shrimp Wantan @ RM6 (or RM2/pc) for sharing.  The wantan was gigantic but the filling was not only made up of shrimps T_T, it had minced pork in it as well, which made the wantan rather chewy.  Needless to say, I wasn't liking this.

The drinks are from Stall #14 Juice Bar: 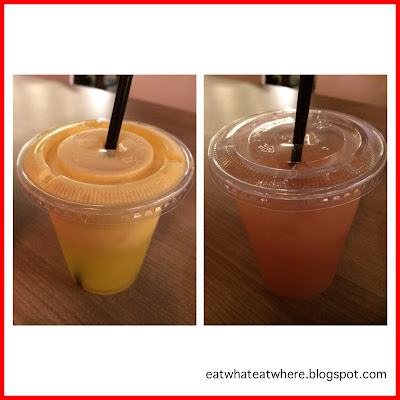 
Although the prices, at first glance, may seem higher than those charged by coffee shops, the portions (of meat) they give are much more.  I usually pay about RM7 for a packet of duck rice but for RM10.90, I get like 7 - 8 thick pcs of duck meat + wantan soup + air-conditioned environment....and that's a bargain to me =)

Although I've not tasted the roast pork, I've seen pics of it on other blogs...and they come in 'long' pcs and (to me) that's not a sign of a good roast pork.  And since the sauce for the BBQ pork was overly sweet, I think sticking to the roast duck would be a safer choice here.