The interior of Grandmama's @ Pavilion is not your typical "kopitiam" (coffee shop) but with a more upscale look.  It has a modern dining feel to it, especially so when the exterior shows a 'rocking' grandma riding a Harley Davidson bike! 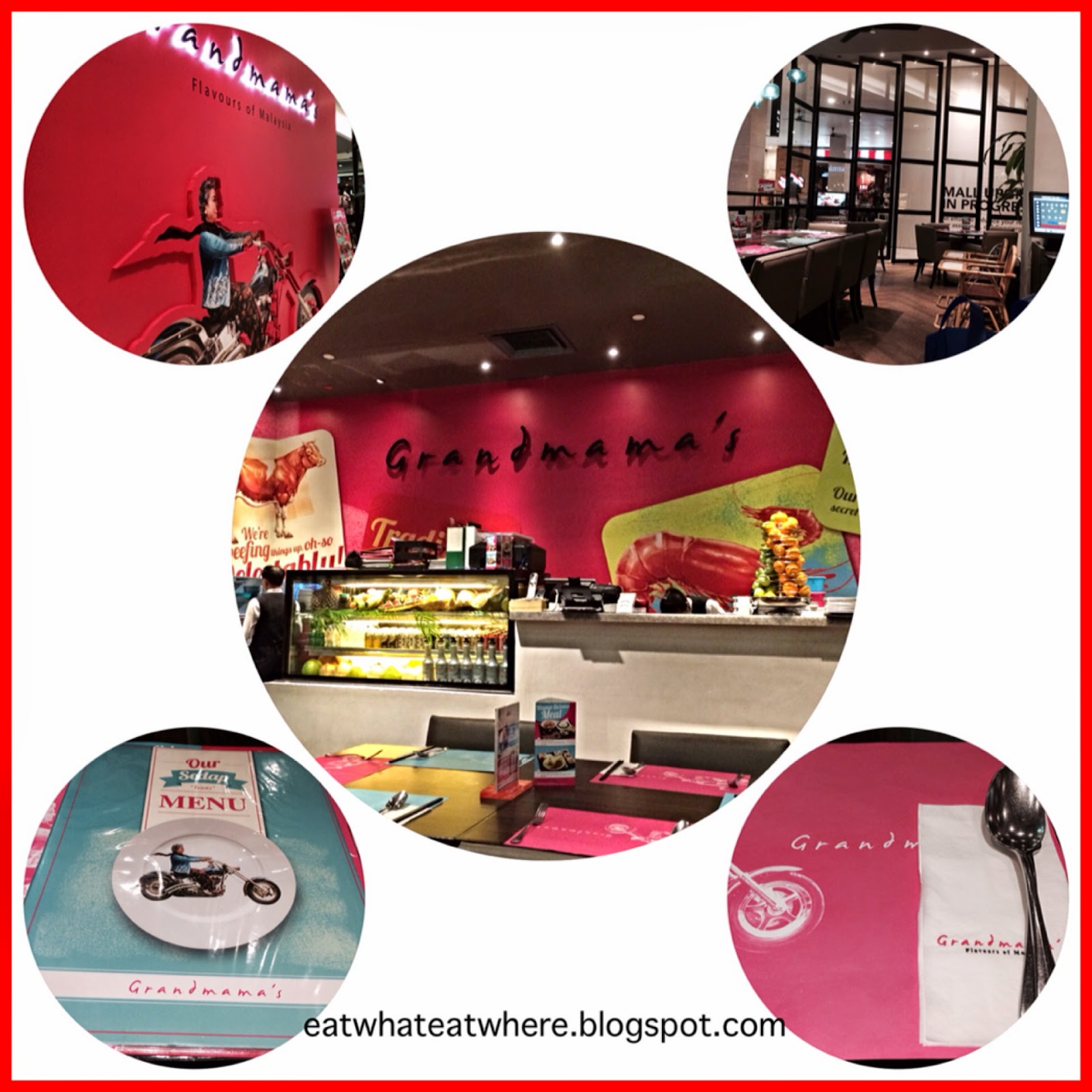 So, I guess it's a 'modern' grandma serving 'age-old' traditional local delights.  A look at the menu and you'd soon realise that it bears a bit of resemblance to those you'd find in Madam Kwan's. 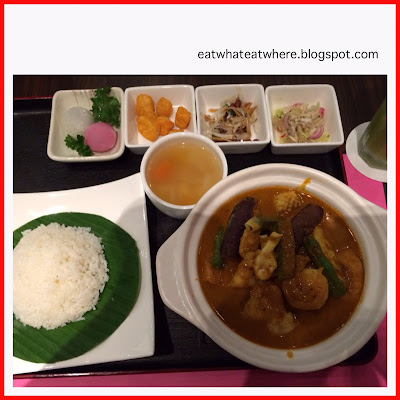 Apart from their a la carte menu, there are a couple of sets that you can order at a reasonable price and one of them was the Seafood Curry Hot Pot @ RM29 that came with 3 side dishes, a soup and dessert of the day. 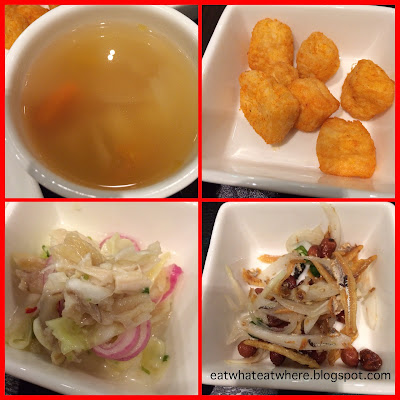 Let's start with the accompaniments to the main dish.  The 3 side dishes comprised of little cubes of fried tofu, fried "ikan bilis" (dried anchovies) with peanuts and sliced onions and some kind of a lightly fried (or slightly pickled) cabbage.  The soup served was "ABC" soup made with potatoes, carrots, onions and tomatoes.  Can't fault any of the simple side dishes except that the ikan bilis could be a bit crispier. 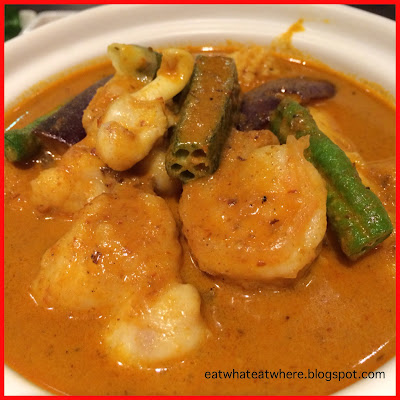 And now on to our 'star' of the dish.  The seafood curry was loaded with fish, prawns, squid, brinjal, cabbage, long beans and ladies fingers (and they were quite generous with the thick fish slices).  The curry was just "lemak" (creamy) enough and the flavour was spot on...this was one good curry! 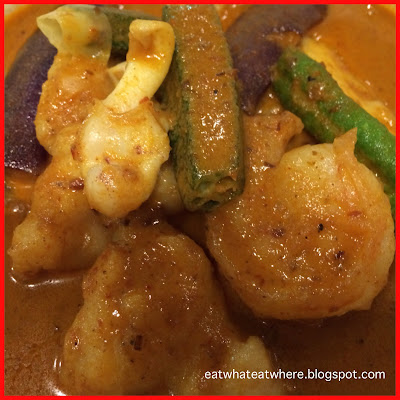 All the seafood was fresh and delicately cooked and the vegetables were cooked to perfection (soft enough but still had a bite to it).  This dish was quite filling for one person. 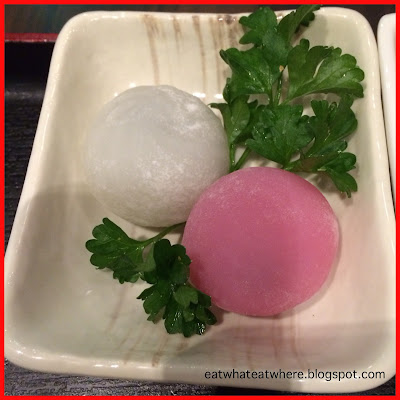 The dessert of the day turned out to be 'odd one out' on the plate...a Japanese dessert of mochi on a plate of Malaysian flavours??  The mochi is similar to those you'd find in the sushi places but I've never ordered them as I'm not into something with a soft gel-like consistency.  It was obvious the mochi was not made inhouse as the waitress didn't even know what the fillings were when I asked.  It turned out that the pink one was filled with red bean paste and the white one with black sesame paste (when I tasted them) and (surprisingly) I liked it (especially the black sesame one)...guess I'll be ordering them from now on! 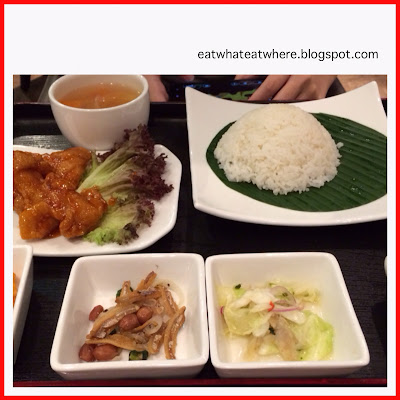 Our other order from their set menu was the Fried Boneless Chicken in Zesty Barbecue Sauce @ RM26. 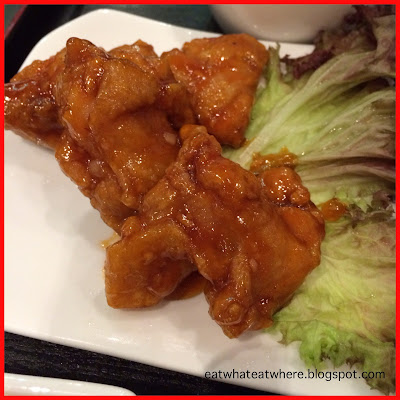 The boneless chicken tastes just like any order of sweet sour 'pork' from a Chinese restaurant. 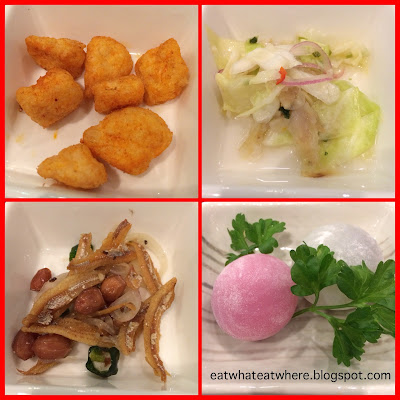 This dish was also served with the same 3 side dishes, a soup and a dessert.

The drinks were a bit on the pricier side, I must say. 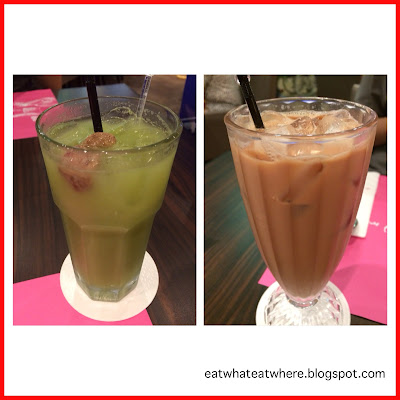 I think the restaurant is called Grandmama's for a reason....coz nothing's better than going to your grandma's house for a bit of grandma's good ole cooking, I guess.
Grandmama's, I would say, serves above average local fare.  Their signature curries, whether it's fresh prawn curry, fish fillet curry, fish head curry or (my favourite) seafood curry, are definitely a good choice here.  What's more....their set menu of a main, 3 side dishes, a soup and a dessert is also value-for-money.

Come here for a satisfying meal that won't put much of a dent in your wallet (the sets cost an average of RM30 and some noodles/rice dishes are priced at around RM15).  Can't wait to return to try more of their dishes!