Well, since I featured Miao the other day, I have to give my Cookie his day in the sun too lest he be jealous!  So, here's another blog post starring my cat. 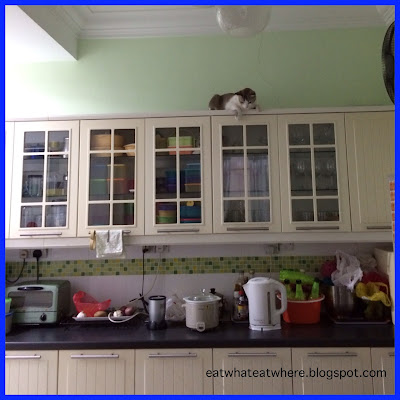 This Mr Busybody was busy inspecting the kitchen one day (as he usually would).  And then I heard some meowing cries.  I went to check and found him perched on top of my kitchen cabinet. 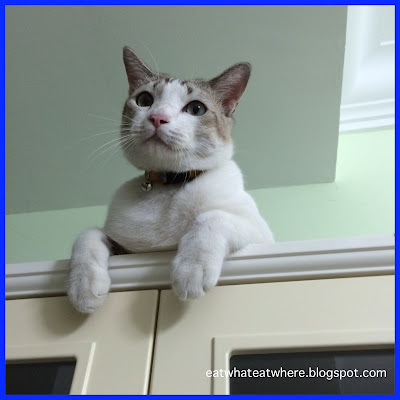 I've seen him jump on top of my microwave oven before making the next jump to the kitchen cabinet top.  That is his usual route up. 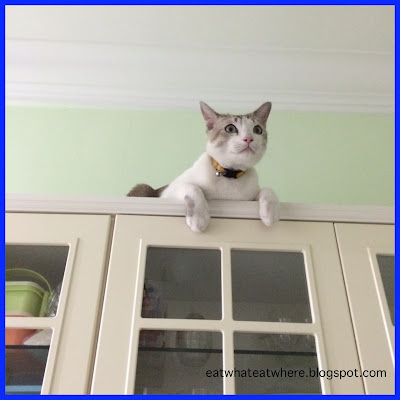 Initially, he was enjoying himself up there....having found a place with a good vantage point. 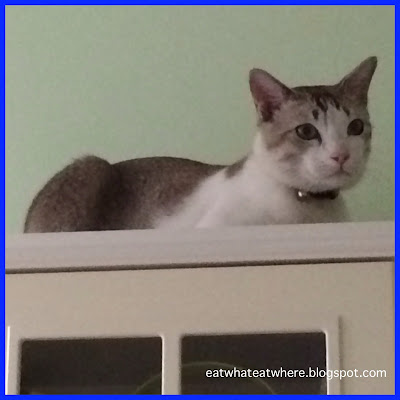 He was even relaxing at one point (shot taken from afar). 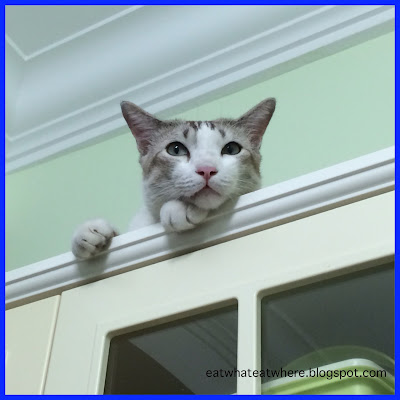 After some time has passed, he began to get bored..... 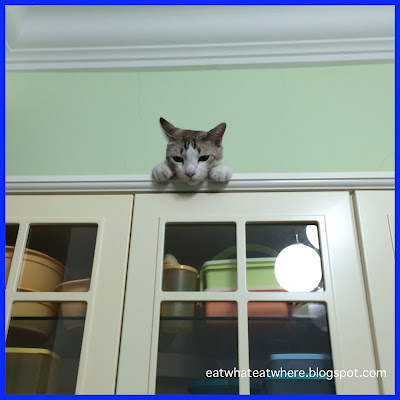 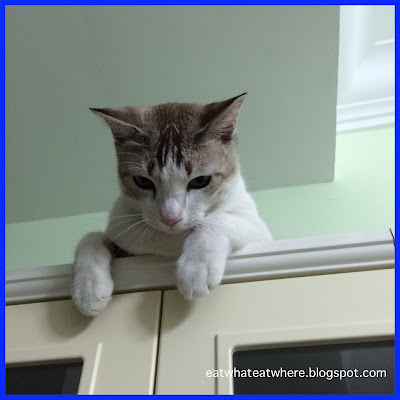 ....and wanted to come down but, for some reason, this time, he couldn't retrace his steps and come back down via the microwave oven and was trapped with no way down (in his mind). 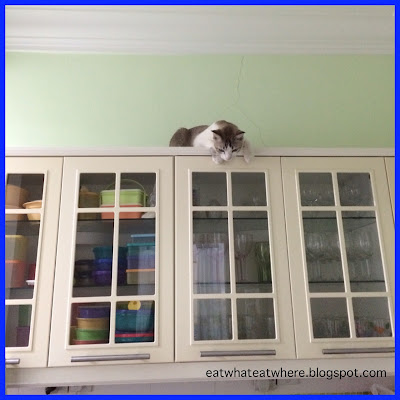 We tried to hold a stool out for him so that he can use that as a step down but he was too afraid to jump onto the stool. 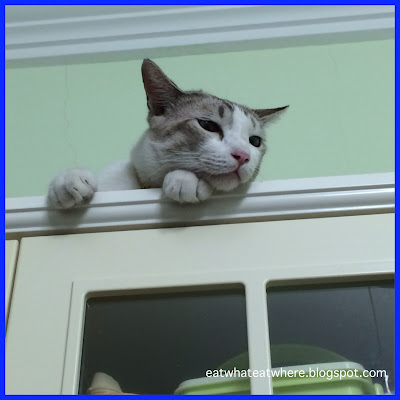 After pacing up and down the kitchen cabinet top, with no way down in sight, he soon grew tired..... 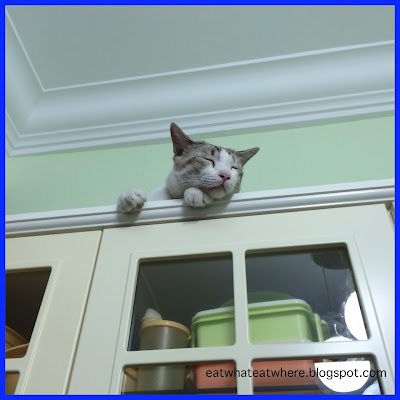 ...and even fell asleep a one point. 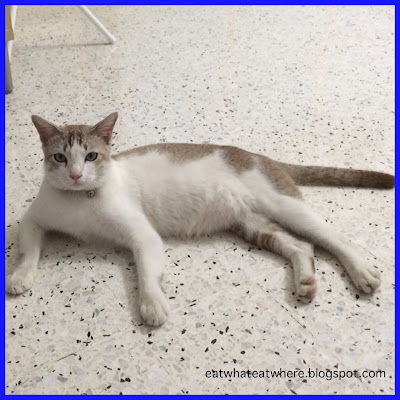 After much persuasion and encouragement from his human family (a long time later), he finally made the leap of faith......and was safely on the ground.  Clap! Clap! Clap! 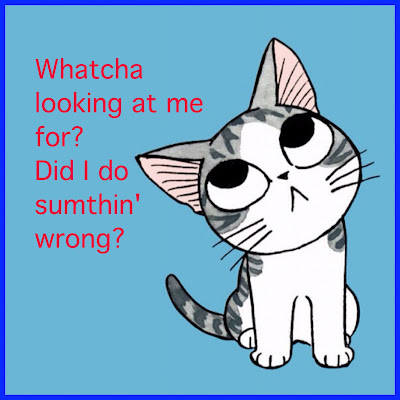 And that was the end of Cookie's mini adventure (or shall I say misadventure) to a far away land.....known as "The Kitchen"! ;D

P/S:  Cookie:  I said it's time to feature me (again) on your blog but I didn't say to feature this embarrassing story of me lah! >.<