Recently, I had the privilege of trying some cake-like snacks from the Land of the Rising Sun.  Initially, I didn't know what they were as I've not eaten them before, so I googled for information online.

I typed "maple leaf like Japanese cake" into the search engine and found out that these snacks are actually called Momiji Manju (momiji meaning maple leaf).  This maple leaf-shaped little cake is a signature snack of the Hiroshima prefecture. 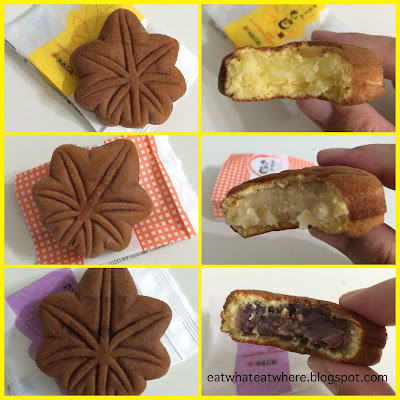 The little cakes are made from a castella-type dough of wheat, eggs, sugar and honey, something like an egg-based sponge cake.  They come with different sweet fillings (made from soy beans) that have been made into a bean paste.  I had the opportunity to try four flavours. 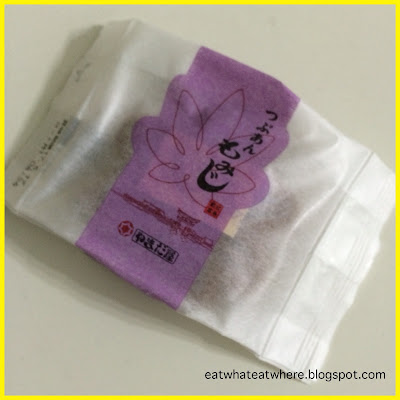 The first one was the traditional and most common filling of Red Bean Jam (or paste).  I also tried the Red Bean & Sweet Potato Jam filling (no photo of this one) which tasted very much like purple sweet potato. 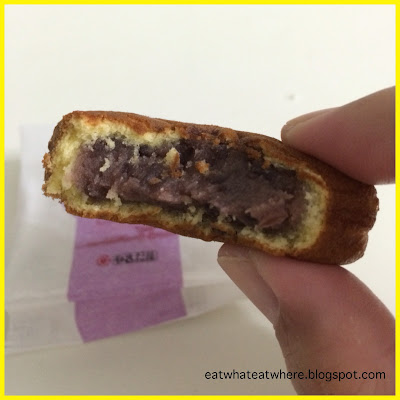 I love all the flavours but I have to say these two were my favourites.  The fillings weren't overly sweet.  I love these cakes...they're nice and soft and the fillings are absolutely delicious! ^o^ 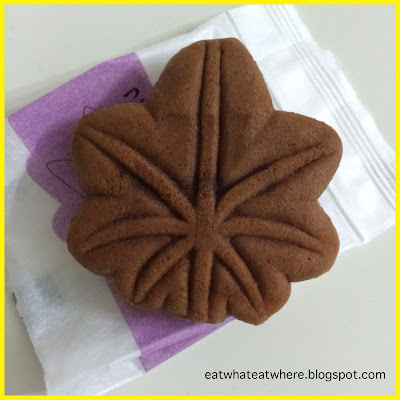 They're made in cute maple leaf-shaped aluminium moulds, almost similar to how we would make our Kuih Bahulu. 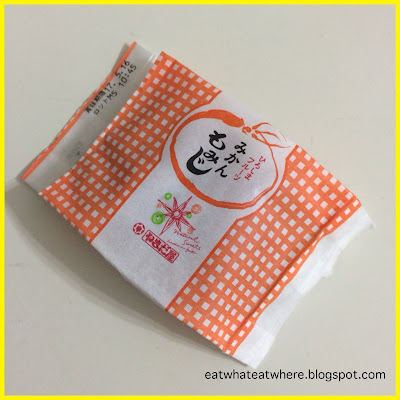 The third flavour was Mikan (Mandarin) Bean Jam.  Although there was a hint of citrus, the filling tasted like a sweet potato filling. 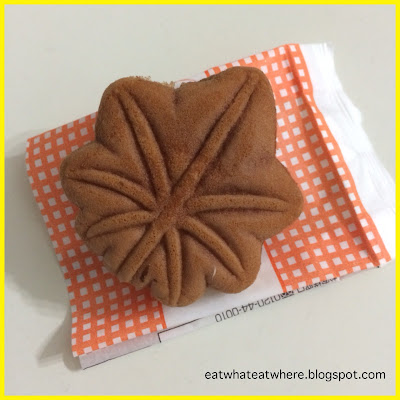 The size of a Momiji Manju is very small (probably about 2 inches wide) which you can finish in two bites or one if you really wanted to. 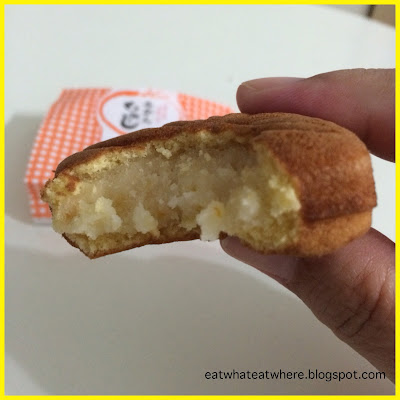 These little pastries have a rather short shelf life.  They usually need to be consumed in about a week.  I can easily eat ten of these at one go....probably more!  I love them!! ^_* 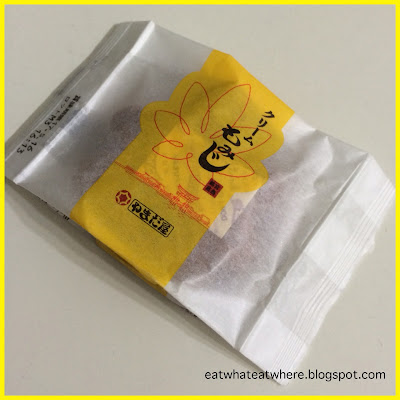 The final flavour I tried was the Custard Cream.  Again, the texture was like some sort of sweet potato and not creamy custard-like. 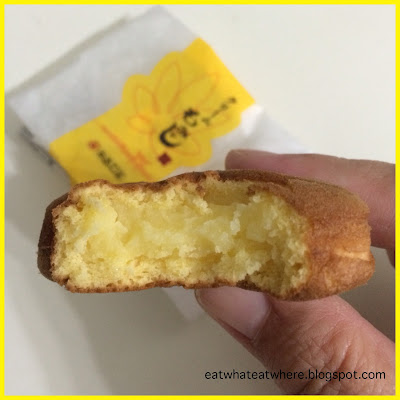 Taste-wise, I'd said it's a bit similar to those Japanese sweet pancakes, dorayaki, for lack of a better comparison, though the dorayaki is more fluffy like a pancake as opposed to the cake-like texture of the Momiji Manju. 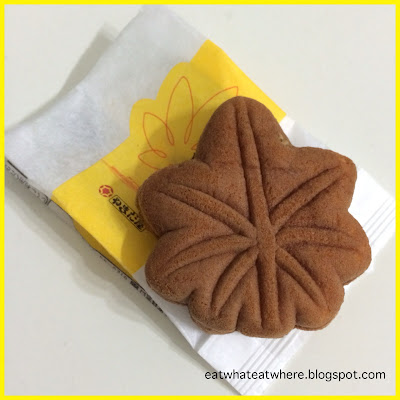 Each Momiji Manju cost around 85 yen (approximately RM3+) which makes it quite expensive for this one-to-two-bite mini cake.  But when they're delectable, they're worth every cent! ;P 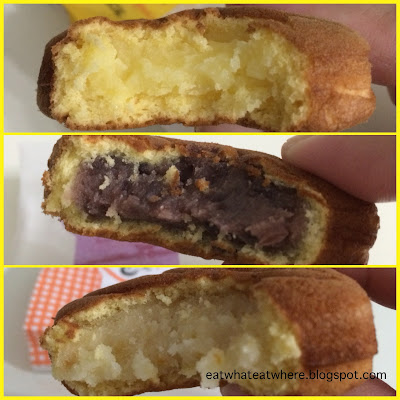 Besides the traditional red bean paste, they come in many other flavours like green tea, yam, black sesame, cream cheese, chocolate cream, lemon, strawberry, just to name a few.  It seems there are at least 30 types of fillings nowadays (and also deep-fried versions). 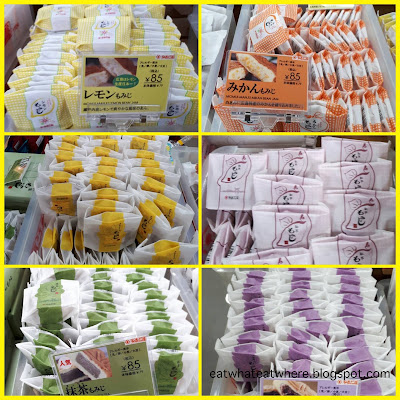 If you find yourself in Hiroshima prefecture, especially in Miyajima Island (where they're freshly made), and don't know what to buy as souvenirs for your family and friends back home.....buy these!!  They make the best souvenirs ever.  What's better than a 'souvenir' that you can eat (hehe!)....and your friends and family will love you for it! ;D

Hmmm, I wonder if these Momiji Manju are sold here.  It's probably difficult to import them in because of their relatively short shelf life. :'(