In the western world, this dish would be called Spam & Potato Hash, a breakfast casserole cooked in a cast iron skillet.  Add an egg or two and you have a lovely breakfast dish to start off your morning. 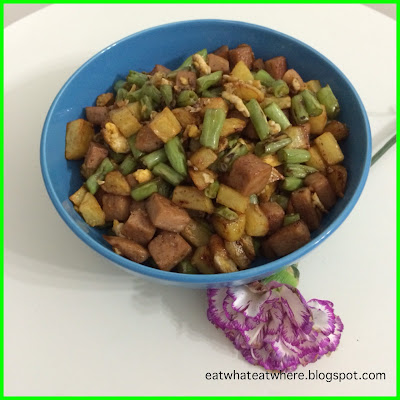 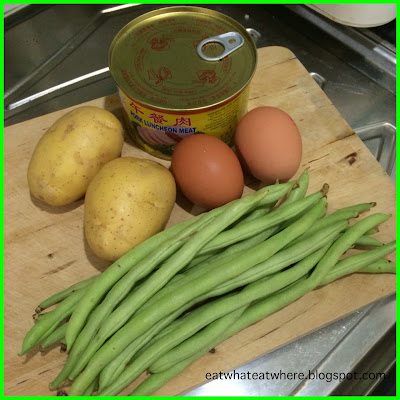 For this simple and easy-to-cook dish, all the ingredients you'll need are two potatoes, two eggs, half a can of luncheon meat (or spam) and a bunch of green beans. 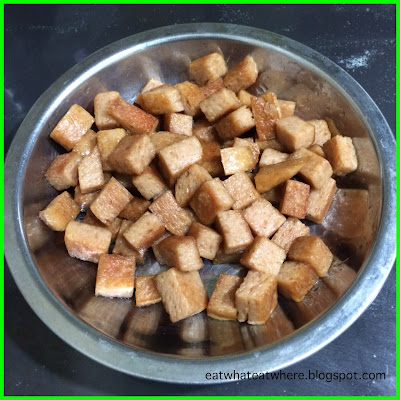 You start by dicing the half can of spam into small cubes and pan-fry them in a non-stick pan until they're slightly browned on most sides.  You may lightly oil the pan although there's no necessity as the spam will ooze out oil when you fry them. 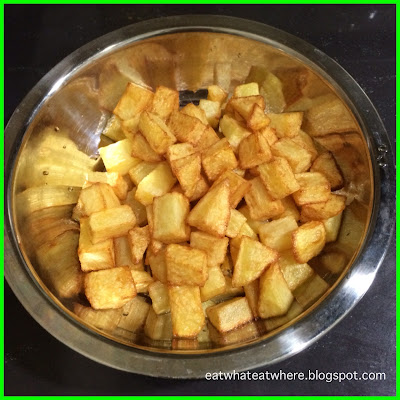 Next, you do the same with the diced potatoes by frying them in shallow oil until soft and browned. 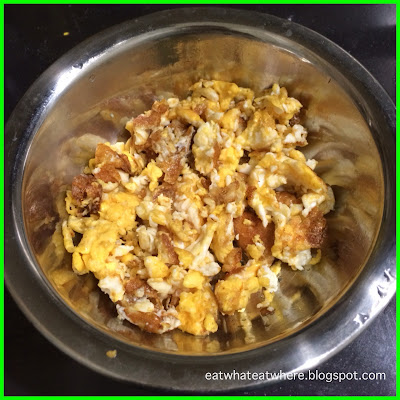 Then, just heat some oil and crack two eggs directly into the pan.  Season with salt and pepper and stir them briskly around the pan, making sure that they're well browned with crispy edges. 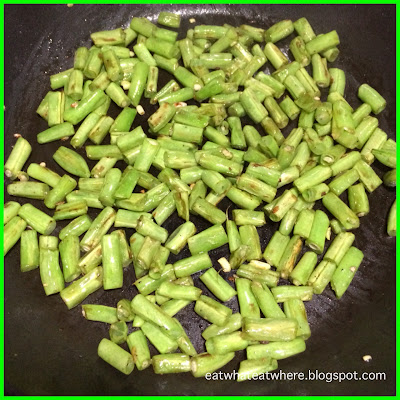 Finally, saute the green beans that have been cut into 1-inch lengths in some oil.  Do not add any water as you don't want them to steam.  You want them to blister and develop a nice char (which will take a while).  Add some chopped garlic when the beans are almost done. 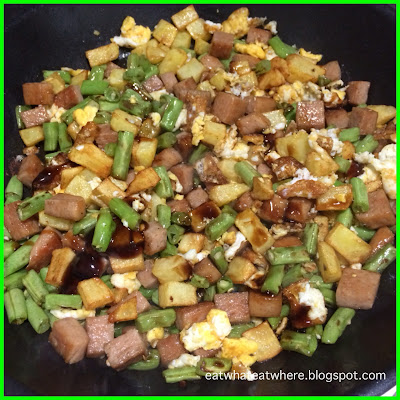 Once the french beans have softened, throw back in the earlier pre-cooked spam, potatoes and egg...and mix everything together.  Drizzle in enough oyster sauce until you're satisfied with the savouriness of the dish. 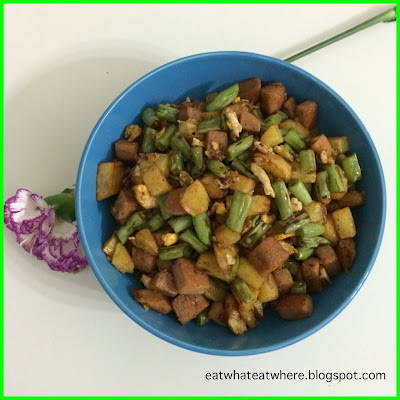 And here's my take on Spam & Potato Hash with a Chinese Twist that goes very well with steamed rice. 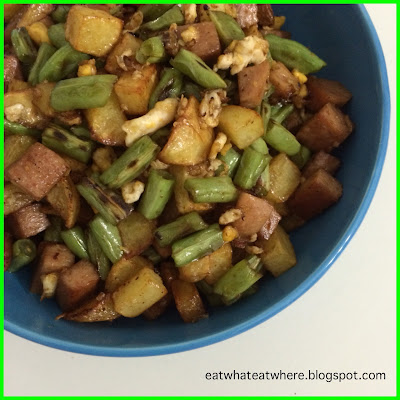 I don't think I've come across anyone cooking this dish (this way before), so maybe I can claim I created it....*wink wink*...which didn't take much doing actually! :P 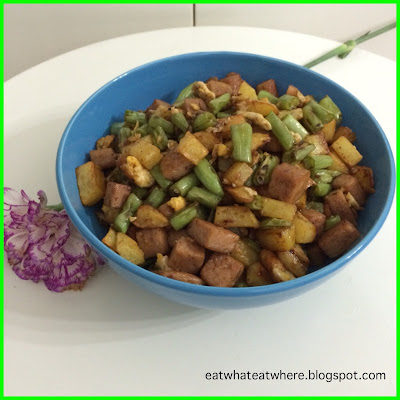 I just threw in four of our favourite foodstuff into a pan and let it work its magic.  In fact, no magic needed when you have spam, eggs, potatoes....staples in any pantry.  You just need french beans...and voila....you have yourself a truly yummy one-dish meal that's complete with meat, eggs, carbs and veggie all-in-one.  Now this is a dish that will please the younglings, I bet! ^o^ 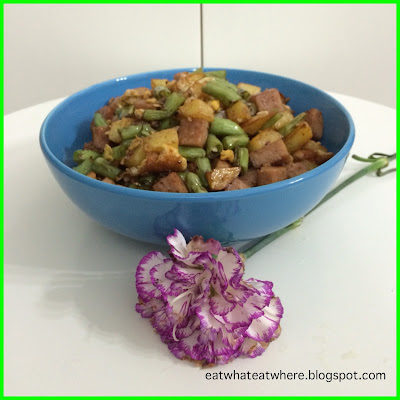 And in case you have leftovers (which will be a rarity) but in the remote chance that you do, just toss them in with your leftover rice....and you got yourself a lovely fried rice.  I suppose you can substitute spam with ham in this dish but anything ham can do, spam can do better! ^_~