We've been to this restaurant a few times since a friend of the family first introduced it to us.  Golden Sun Restaurant @ Kuchai Lama is housed within a 3-storey premise that features a club, bar and lounge. 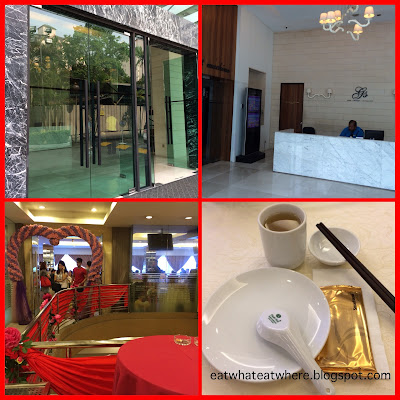 The interior is bright and spacious, with beige coloured table cloth and draped chairs, certainly a comfortable dining environment.  When we arrived (just after 10am), the restaurant was almost fully occupied and we just managed to snatch the last big table (there were 11 of us).  Well, I certainly didn't remember it to be so full during my last few visits.  When we left (an hour later as we didn't want to linger), there were people still waiting for seats.

Like many dim sum restaurants, there's basically no need for a menu as you just get the dim sum items you want from the push carts that go around the tables.  The push carts are basically separated into two...one for the steamed and one for the fried/baked items.  Since there wasn't a menu to refer to (plus I didn't get to taste every item), my apologies if the description of the dish (or the prices) is not 100% correct.  As for the individual dim sum prices, I used their website menu as a guide.  So, here were some of our steamed dim sum selection: 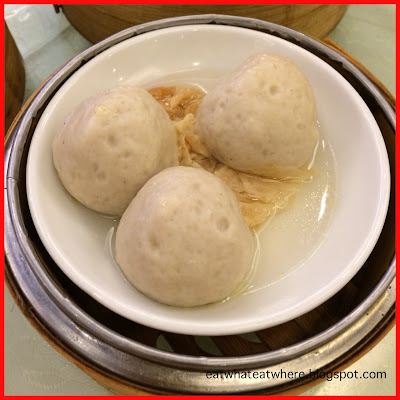 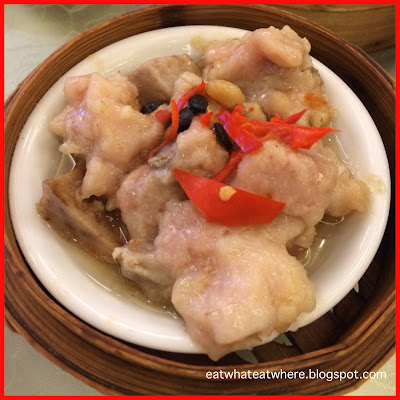 Spare Ribs with Yam @ RM5.90
(enjoyed the inclusion of yam which you don't typically see in this dim sum) 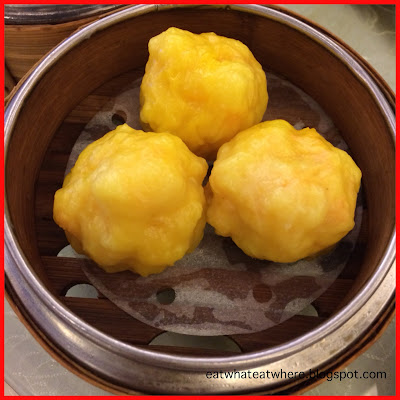 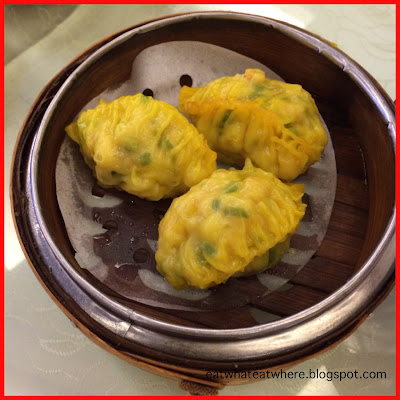 Another version of Prawn Dumpling, I think
(coz I didn't eat this one) 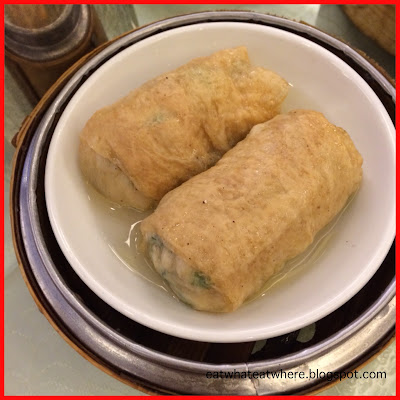 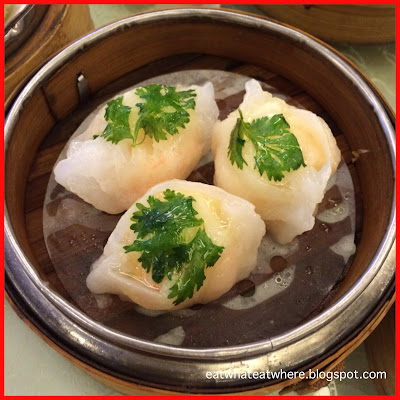 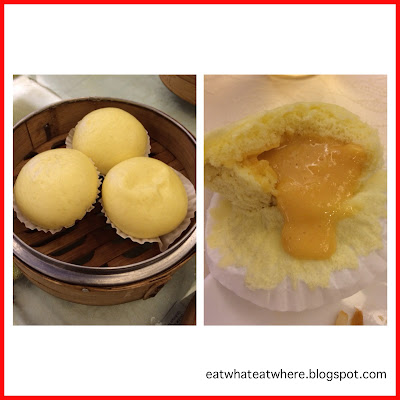 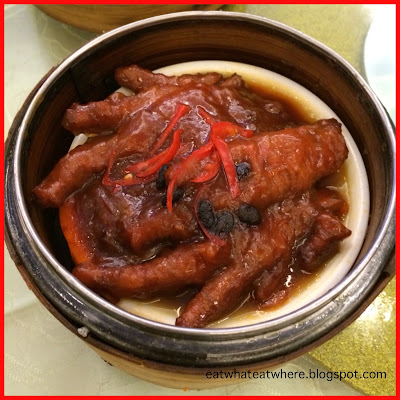 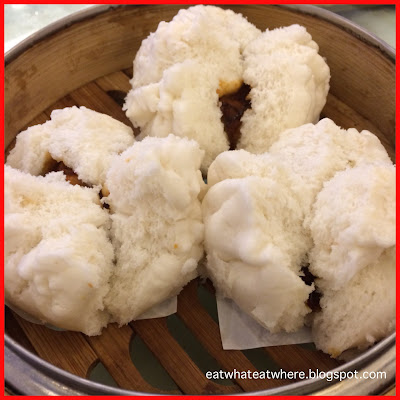 The BBQ Pork Bun (Char Siew Pau) @ RM5.90 was certainly a top favourite of mine and the delicious pork filling was something similar to the taste of the topping on the "lor mai kai".  The filling was better than the bun though as it lacked the ultra softness and fluffiness that I was looking for. 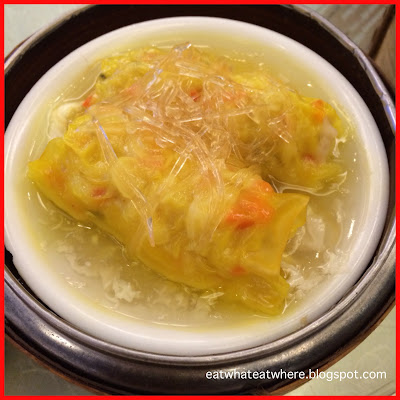 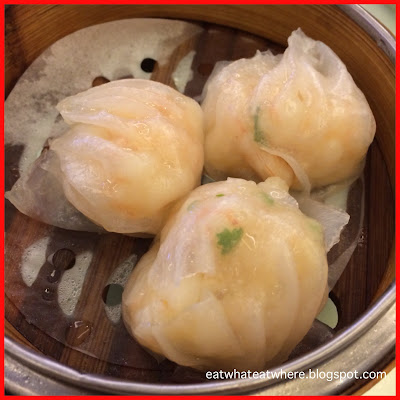 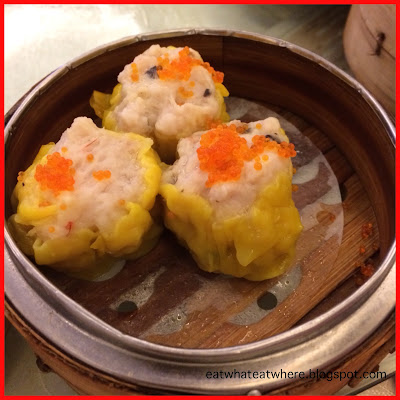 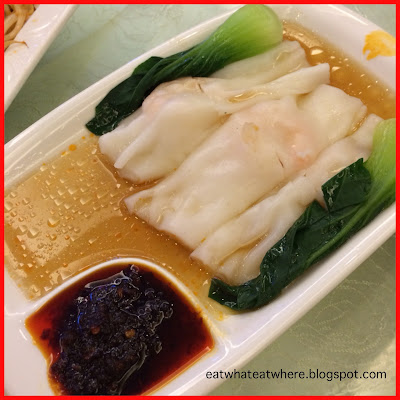 The Prawn Rice Roll (aka Chee Cheong Fun) @ RM6.90 wasn't as thin as I would have liked but the sambal was particularly good.  We also had the BBQ Pork Rice Roll @ RM5.90 and there's even a Scallop Rice Roll @ RM8.90. 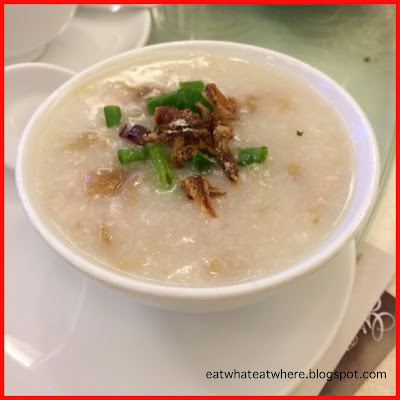 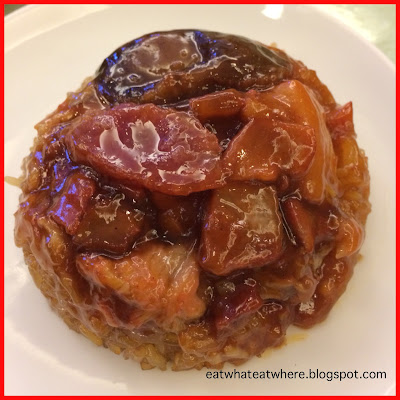 My other favourite was the Glutinous Rice with Chicken (Lor Mai Kai) @ RM5.90 which deserves glowing mention.  The glutinous rice was so soft and the topping of chicken, minced pork, Chinese dried sausage (lap cheong) and mushroom was truly sumptuous...so good! =)

And here were some of the fried/baked items we chose...more fried than baked, I'm afraid. 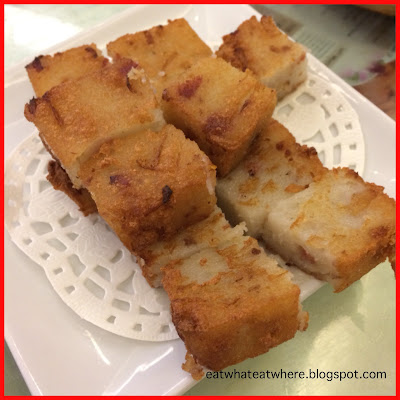 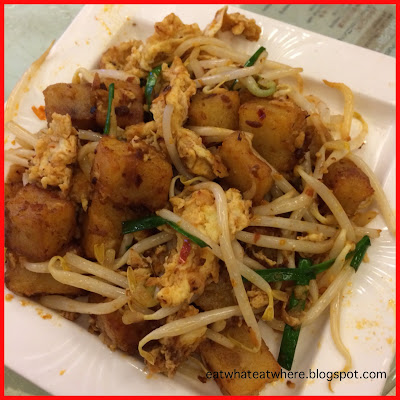 I've always adored radish cake, more so if it's Stir-Fried Radish Cake @ RM6.90 with bean sprouts and chives. This one had a nice crisp exterior and soft, flavourful radish. 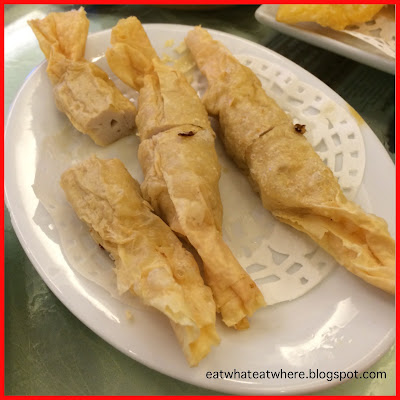 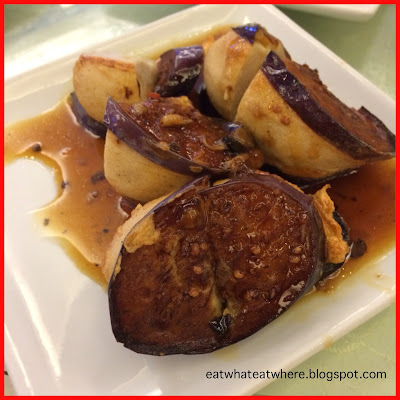 The Pan-Fried Stuffed Brinjal @ RM5.9 has always been a perennial favourite....this one was decent, not stunning...would have preferred a thicker slice of brinjal in proportion to the thick fish paste filling! >_< 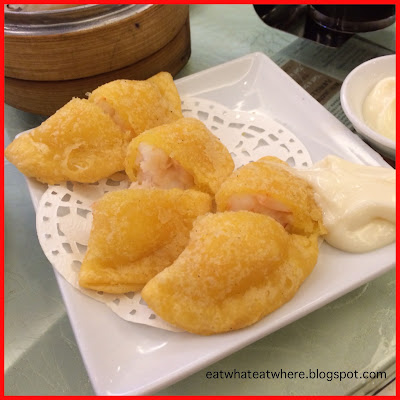 Crispy Prawn Dumpling @ RM8.90
(didn't get to try this one either) 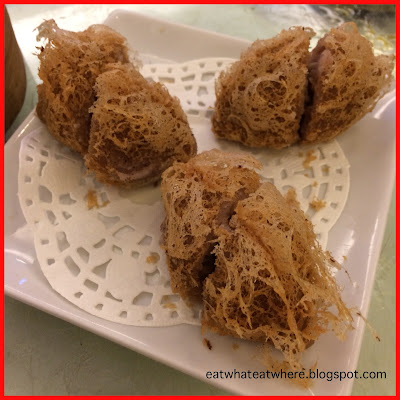 The Fried Yam Dumpling (Wu Kok) @ RM4.90 was outstanding...light and crispy on the outside with a soft and fluffy yam paste inside....loved this one! :) 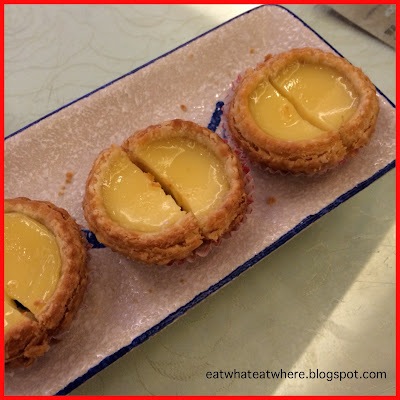 My niece (who loves egg tart) thought the Egg Tart (with Butter & Milk) @ RM4.90 tasted funny (which means not good in her context).  When I took a bite, I got a strong taste of milk (and then butter) and thought that this was one of the worst egg tarts I've eaten only to find out (when writing this blog post after checking their website) that there are two on the menu, one is the normal egg tart and the other is the egg tart with butter and milk (and we got the latter).  Now I know why the egg tarts had different serving plates.  So, I'd stay away from this one and make doubly sure I get the right egg tart the next time.

Obviously, we had more than one plate (some even three) for some of the dim sum items coz there were 11 mouths to feed.  Generally, the prices of their dim sum vary between RM4.90 to RM8.90 a plate and, on the average, a meal here will probably cost RM25 - 40 per person (depending on your stomach size appetite)! :D Chinese Tea is chargeable @ RM2.50 per pax.

The prices of their dim sum are slightly higher than your regular coffee-shop style dim sum eateries because I'd expect to pay a little bit more for the air-conditioning, dining comfort and service.

I may not have tried all the dim sum items but most of what I did try was more than decent in terms of taste and quality.  The only items that weren't were the braised chicken feet and the butter and milk egg tart.  My top favourites would be the Char Siew Pau, Lor Mai Kai, Wu Kok and Stir-Fried Radish Cake.

Good place (with ample parking) for a leisure weekend dim sum breakfast (with ample big tables to accommodate large groups).  I'm sure I'll be back some time or another! ;)