I would usually drop by this Yau Char Kwai Stall @ SS2 PJ when I'm having breakfast in the vicinity (they're just a few doors away from Restoran Ho Ho Sek).  Reason is that this fried "yau char kwai" (Chinese crullers) stall has an insane waiting period (sometimes as long as 1 hour).  That way, I can order my yau char kwai first and pick it up after my breakfast.

I don't know exactly what time they open but I usually get here around 10am but that doesn't mean the fried stuff are ready...it'll take another 45 mins to an hour (after they open)!  The Sunday that I was there (around 10am), only the father has arrived.  I asked if I could put down my order first and luckily he said yes.  I placed my order and went off merrily for my breakfast. 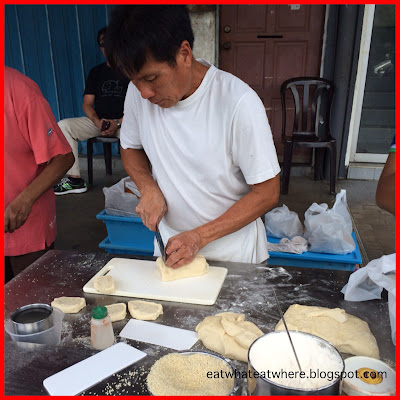 This stall parks itself on the road (taking up a parking bay or two) and is manned by a Chinese man (who handles the dough), his Indian wife (who does the frying) and his son (who jots down the orders and does the packing).  Even though they have to deal with a large crowd of customers, they're courteous people, especially the son (who speaks good English, by the way).  He'll politely tell you approximately how long you have to wait.  Sometimes, I see people pointing to the ready fried 'stock' and he would...nicely...tell them that those already belong to others (who have made their orders earlier).  [#Tip: There's no fresh and 'waiting stock', coz as soon as it comes out from the fryer (aka basin wok), it belongs to someone already (as they're always behind with orders).]  Anyway, the son's politeness and friendliness make the waiting more bearable.  You just have to wait in queue until he gets to your order.  There's no necessity to rush him (or check) as he's fairly organised (all the orders are written down in an exercise book)! 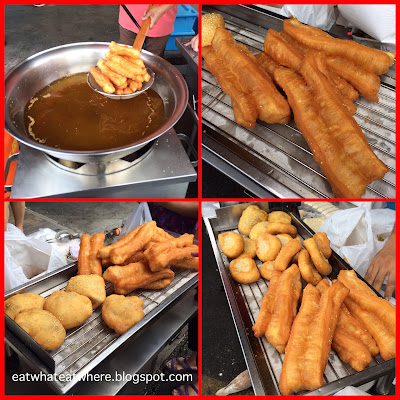 When I returned about an hour later, the stall was in full swing.  Have you seen yau char kwai fried in a large basin (not a wok)?  That's what they use here...I think your kid can bathe in that basin :D  They have the standard varieties of fried stuff here (which you can't see) coz each time they finish frying, they're gone!!  These ones are definitely better than the ones in Imbi. 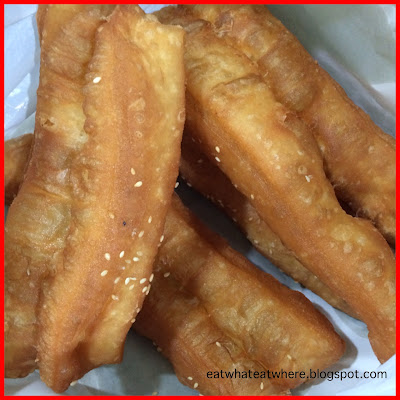 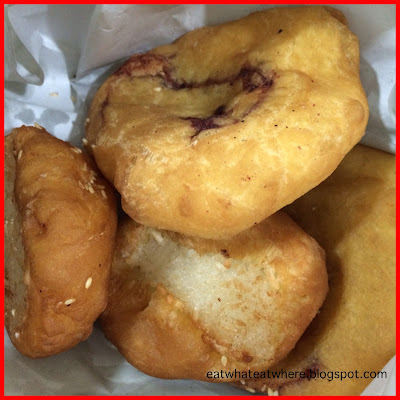 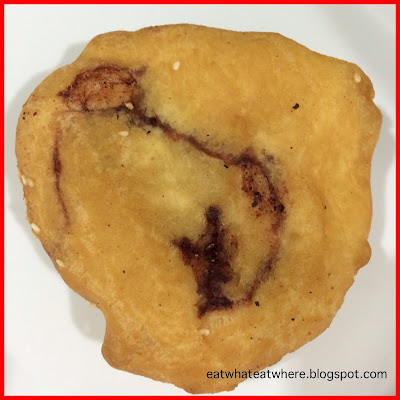 Their fried salted buns @ RM0.90/pc are incredibly soft with just the right amount of saltiness from the five spice seasoning. 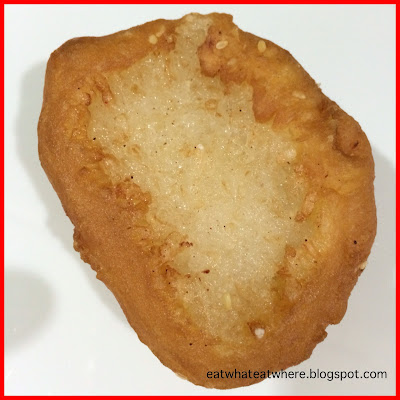 The fried bun with glutinous rice @ RM0.90/pc is another favourite of mine with a good savoury flavour in the soft glutinous rice. 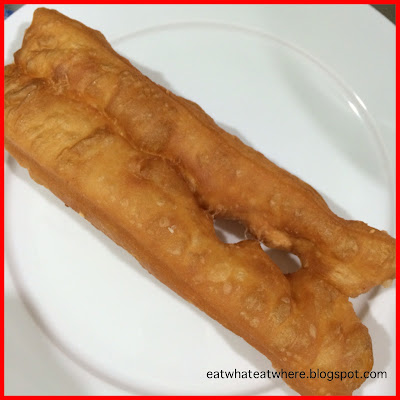 But the best one of all is the fried yau char kwai also @ RM0.90/pc...it's super fluffy and crispy (if you eat it immediately while it's still hot) although it still managed to retain a reasonable amount of crunchiness (if eaten later, unlike some that goes 'limp' within the hour).

If you wait (patiently) and get these fried yau char kwai first before proceeding to your coffee shop of choice, it would be even better.  Absolutely delicious dunked in kopi-o...breakfast of champions!

This is the best yau char kwai I've had and my favourite of all time...and it's best eaten while it's still hot.  You've got to try it!!

As with all things good and tasty, patience is a virtue if you want to sample these fried babies...it's just simply d-*wait for it*-lightful :=)