After our first, second and third visits, we were back for our fourth, fifth and sixth visits to Burger & Sushi @ G Village, Desa Pandan.  What can I say...my son loves this place.....and we love it for its convenience and close proximity to where we live with abundant (and cheap) covered parking to boot. 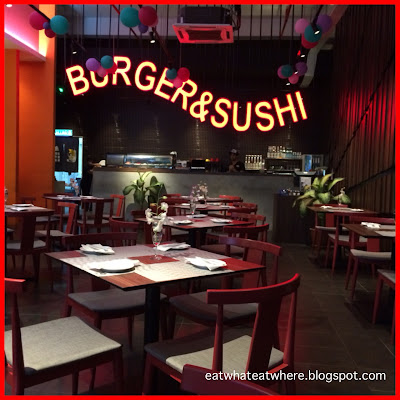 Because we're regulars, we get *star* treatment here...ok-lah, maybe that was exaggerating it a bit....but we do feel very welcomed and at home here just like when "Friends" walk into Central Perk....hehe! ;D 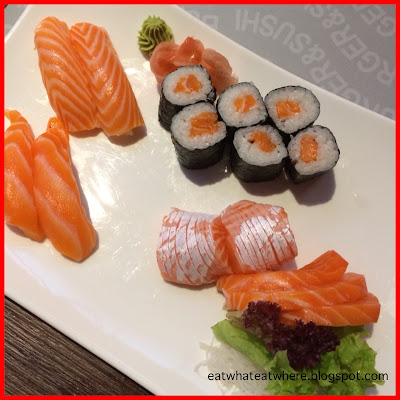 After sampling burgers, beef steaks and teppanyaki, we wanted to give their sushi a try on our fourth visit.  We ordered the Salmon Lover @ RM45 which comprised of salmon sashimi (5 pcs), salmon nigiri (4 pcs) and salmon maki (6 pcs). 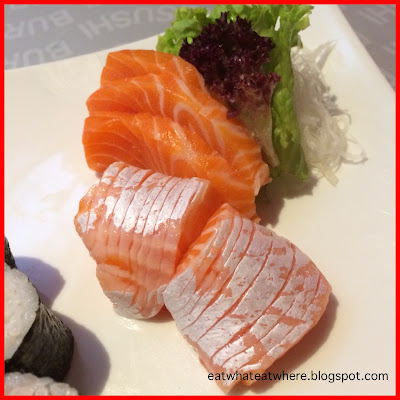 No complaints as the salmon and salmon belly sashimi was of good quality, fresh and nice. 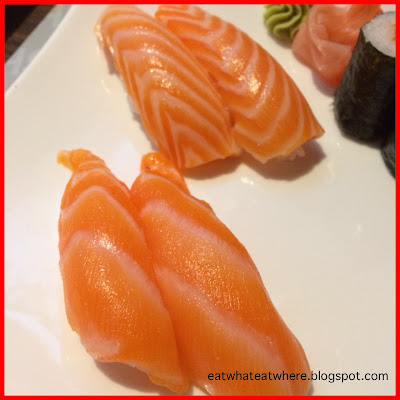 The salmon nigiri was good too.  Perhaps just a tad too much salmon in one sitting...haha....strictly for salmon lovers only! ^.^ 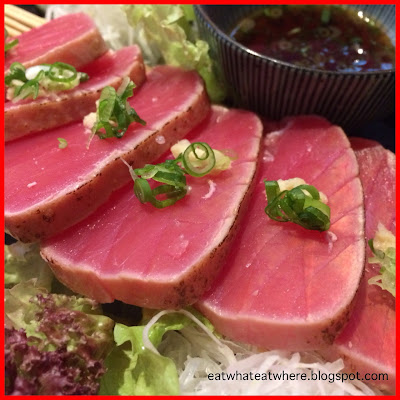 When it arrived, I was taken aback as to how thick and big the slices were...and there were six large pieces!  I was happy...it was fresh and delicious. 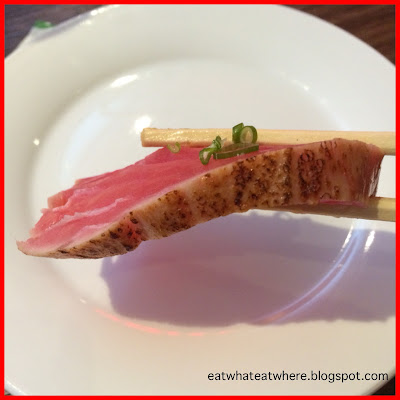 Look at the nice sear on the outside...the lightly seared tuna was great eaten dipped in the citrusy and savoury ponzu sauce. 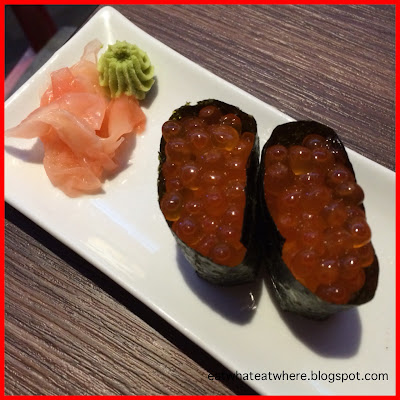 Ever since we first tasted an excellent ikura (salmon roe) at Yamaguchi Fish Market, we were bowled over by its taste...the wonderful burst of juices and saltiness from the ikura were simply sensational on the taste bud. 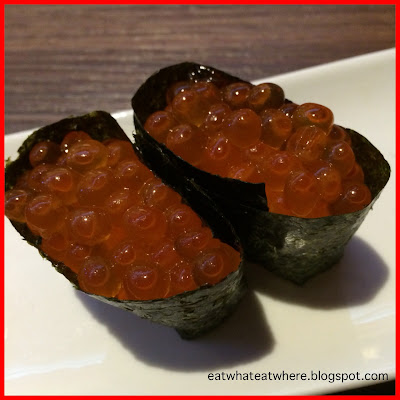 This Ikura Gunkan @ RM17.80 (for 2 pcs) was pleasant enough...just didn't quite match the explosion of flavours as the one we had at Yamaguchi Fish Market. 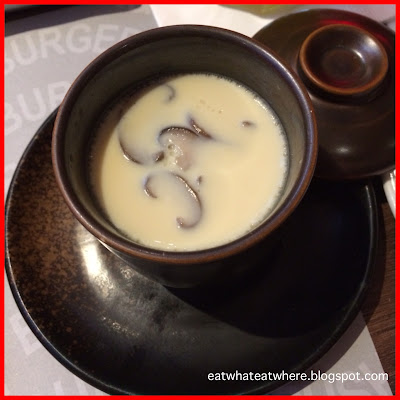 Then there was the silky-smooth Chawanmushi @ RM9.80.  I like the chawanmushi here as it's always served piping hot like it had just been freshly steamed. 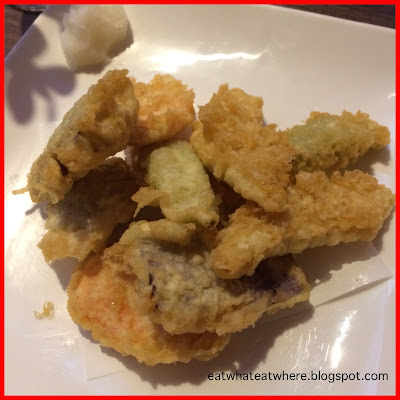 The Yasai Tempura @ RM22, though not the best-looking in terms of presentation, was pretty alright in taste with a light and crunchy batter.  The price seems a bit on the expensive side for just a vegetable tempura (but I think there were at least 10 pcs of vegetable). 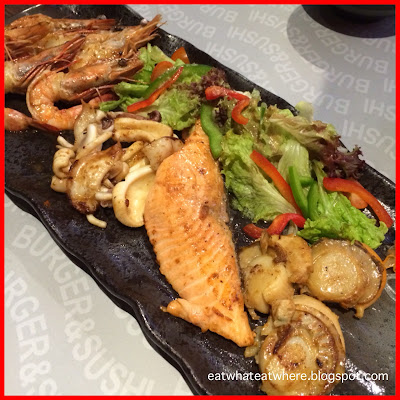 On our next visit, we went back to having teppanyaki as it's one of the best things here in my opinion plus teppanyaki has always been a family favourite.  This time we had the Seafood Platter @ RM99.80 for sharing. 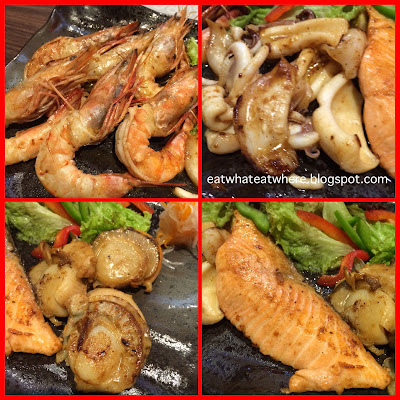 The platter consists of grilled assorted seafood of deep sea tiger prawns, squid, scallops and Norwegian salmon complete with a Japanese ginger dipping sauce.  Looking at the portion size though, I thought the Seafood Combo Set we had on our previous visit (which would have cost just RM12 more for two sets) seemed like a far better value. 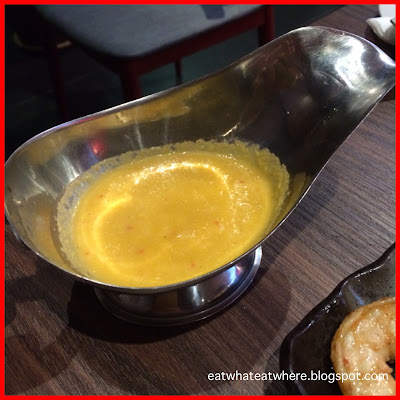 That aside, the ginger sauce will rally even non-fans of ginger to become ardent fans (like my son)! ^_~  I guess it's because it didn't have that pungent aroma and sharp taste like Chinese ginger. 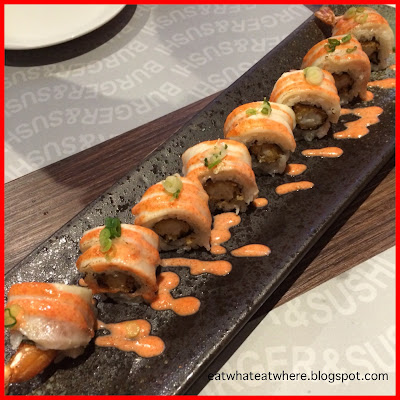 Having tried three types of sushi roll, we ordered our fourth roll, the Bermuda Roll @ RM36.80 with a filling of deep fried prawns topped with Mekajiki fish (aka broadbill swordfish or big-eye marlin) and mentai. 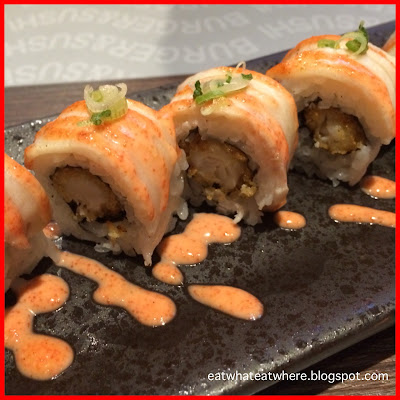 Love the luscious mentai as usual but probably the least favourite of the five sushi rolls we have tried thus far. 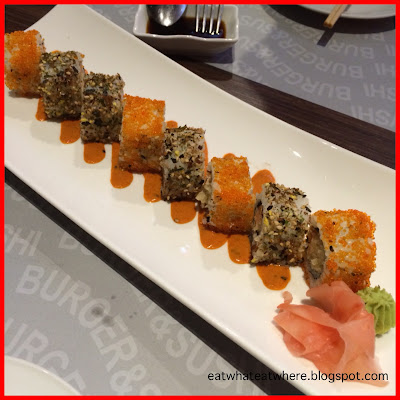 The fifth roll we tried was the Aburi Salmon Roll @ RM26 consisting of a filling of seared salmon and tempura flakes topped with furikake and tobiko. 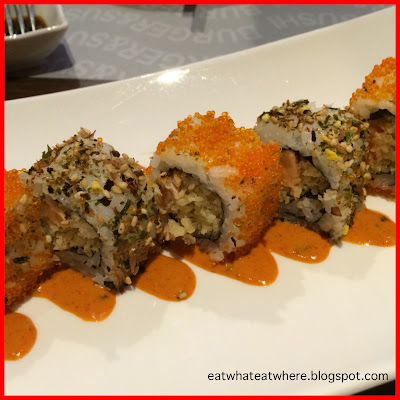 We loved the element of crunch from the tempura flakes and the saltiness of the furikake with a hint of spice from the sauce underneath.  We soon realised that this was what was sprinkled on the fried kuruma ebi head and poke bowl we had at Eatomo earlier on which we fell in love with.  I later found out that furikake is actually a dry Japanese seasoning containing dried and ground fish, sesame seeds, chopped seaweed...and guess what?  MSG!!  No wonder we love the flavour so much....haha! ;D 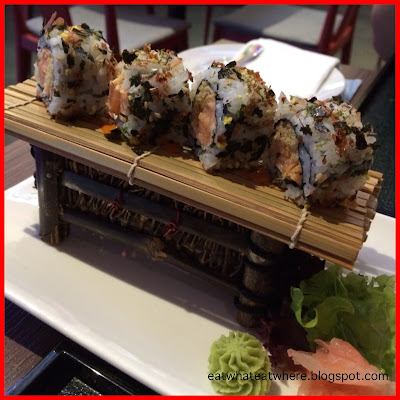 And because we loved the furikake (and the roll) so much, we ordered the Aburi Salmon Roll @ RM26 again on our sixth visit.  This and the Caterpillar Roll are probably the front runners for best sushi rolls here. 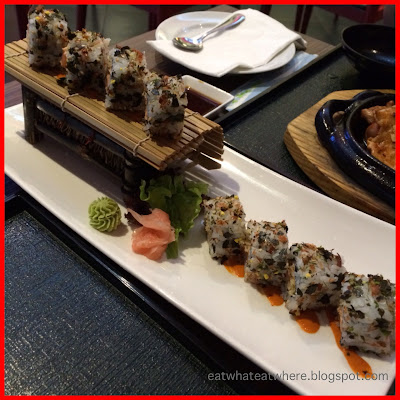 But this time we didn't want any of our sushi rolls to be topped with tobiko, we requested for them all to be rolled in furikake...woot woot! ^o^  I was even more impressed with the presentation this time round. 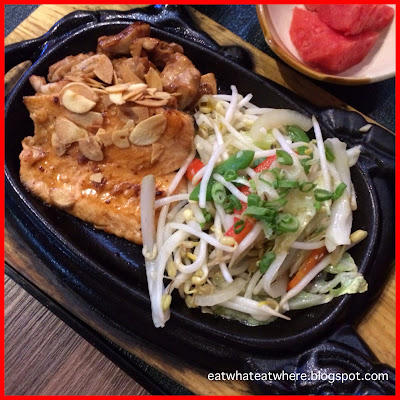 Again, you can't go wrong with any of their teppanyaki.  We went with the Salmon & Chicken Teppanyaki Set @ RM45 that came with stir-fried vegetables of cabbage, bean sprouts, carrot and green pepper. 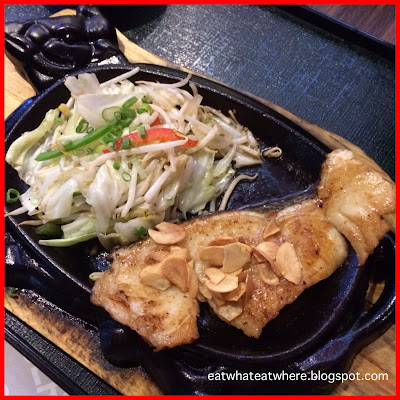 A teppanyaki that we have not tried was the Cod Fish Teppanyaki @ RM60 served with the same stir-fried vegetables. 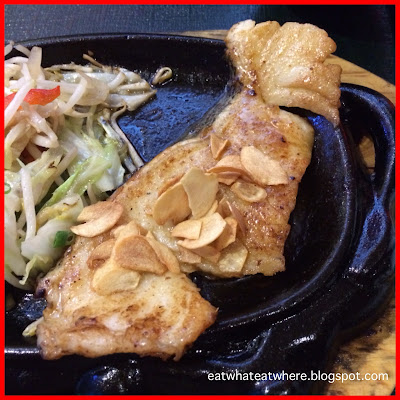 I think the portion size of the cod fish given was fair.  I love, love, love cod fish to death....and this one was delicate, flaky and sweet tasting.  Gorgeous! 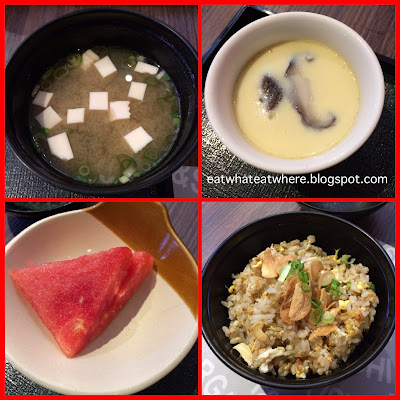 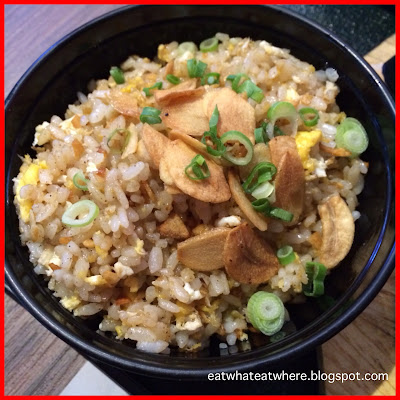 It's definitely worth your while to upgrade...so much so we ordered a second Garlic Fried Rice. 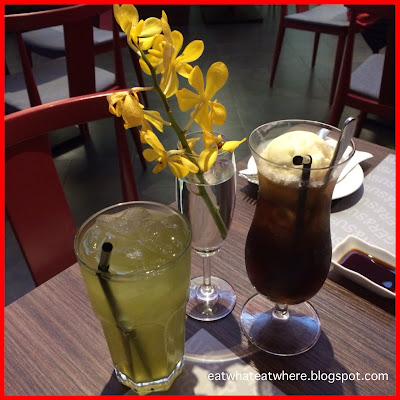 We had similar drinks most of the time except for this Root Beer Float @ RM11.80 and Iced Green Tea @ RM5. 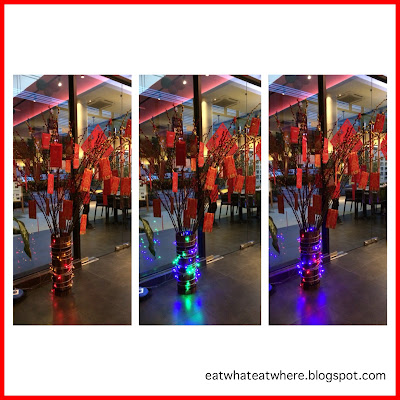 If you're from around the area looking for a good Japanese meal at prices that are reasonable and affordable, this is it!  This place does sushi rolls and teppanyaki well.

After one burger, two steaks, six sushi rolls, six teppanyaki (and a whole lot more) later, we're not done yet. There could be seventh, eighth and ninth visits.....but who's counting! ^_~