Opened just last month (1 April 2015), this café's opening was probably more eagerly awaited than any other.  For those of us who are familiar with The Red Beanbag, touted as one of the best brunch places in town, this café is set up by the same husband-and-wife team behind The Red Beanbag together with two other partners. 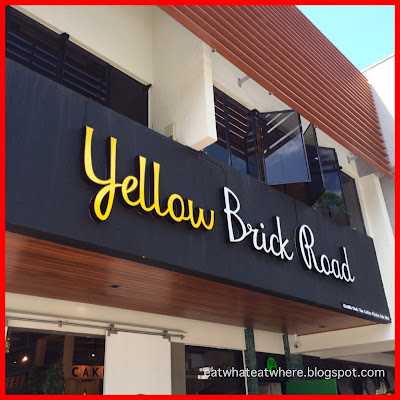 On the list of Asiatatler's Top 5 new openings in KL for April 2015, it was inevitable that my friends and I would find ourselves at the Yellow Brick Road @ Damansara Heights on a sunny morning during the long weekend. 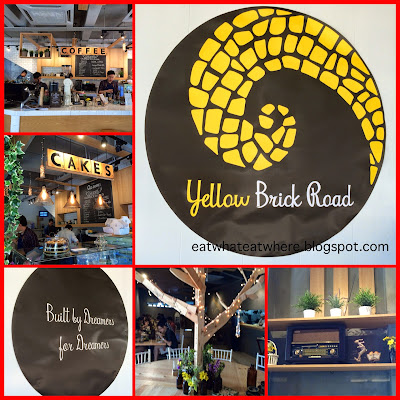 From the moment I walked in, I absolutely adored the ambience and décor of the place with its wooden elements from the timber panels on the ceiling to the light bulb decorated wooden tree centrepiece to the wooden coffee counter, tables and chairs that exudes warmth and a homey feel.  Love the "COFFEE" and "CAKES" signs made to resemble wooden scrabble tiles too! 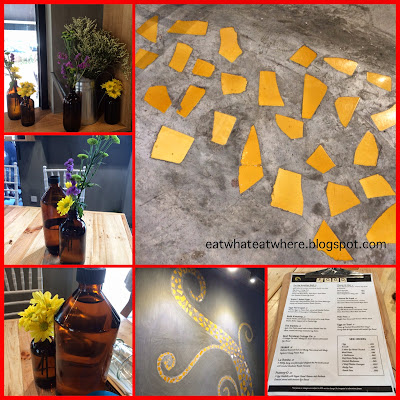 Traces of the cafe's name, Yellow Brick Road, is subtly brought to light by the (broken) yellow tiles that lined a path in the café which run up the wall.  The beautiful touches of flowers (I think they're yellow daisies, purple statice, green pom poms and some small white flowers) that adorn the table tops and coffee counter made the whole place cheery and bright. 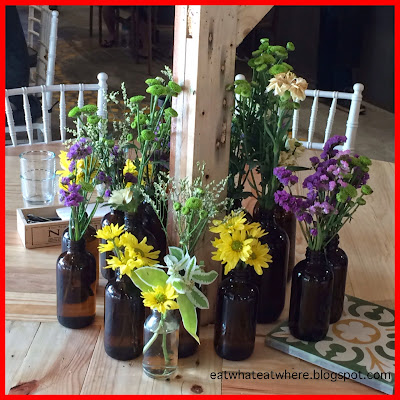 I so love fresh flowers in a café!  Definitely an instagram-worthy place! ;) 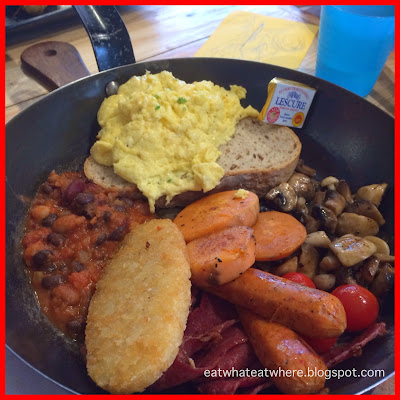 Having fallen in love with its ambience and décor, I was hoping to fall in love with the food as well.  For any café who want to lay a claim to being one of the best brunch places in town, you've got to start off with a great big breakfast on your menu....and they didn't disappoint!  This is The Big Breakfast Bash @ RM30 which may seem a bit pricier than the norm but they more than made up for it with a freaking huge portion served in a big ass pan!  Presentation...10 out of 10! ;)  Small eaters...beware...this biggie can make a meal for two. 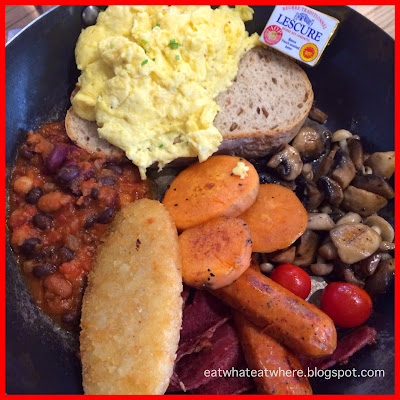 The big platter came with eggs (a choice of scrambled, sunny-side-up, poached or over-easy), either beef bacon or turkey ham and chicken or beef sausages served with mixed beans (not just baked beans from a can), hash brown, sweet potato, sautéed mushrooms, vine tomatoes and toasted rye bread (but we were served a different bread that day).  And they give you Lescure butter here....nice ;) 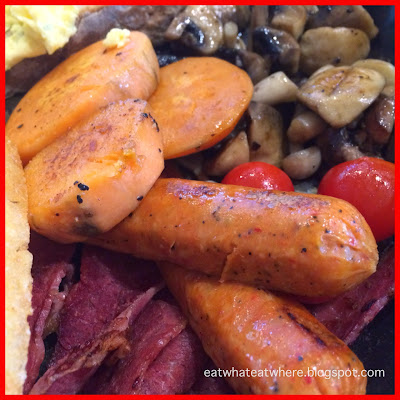 The sausages had a distinct taste of spice in them and I especially liked that it came with something out of the ordinary...slices of grilled sweet potato for that added sweetness.  No complaints on the beef bacon and mushrooms either. 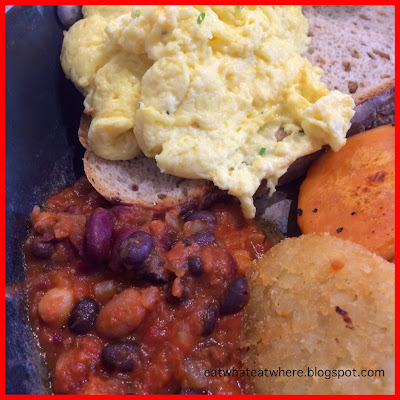 The scrambled eggs were not watery or overly creamy but soft and fluffy...just perfect for me with the right amount of milk and butter.  The mixed beans were different...not the usual baked beans served in a big breakfast but had a mixture of other beans cooked down with some chopped onions in a tomato sauce.  I rather enjoyed that. 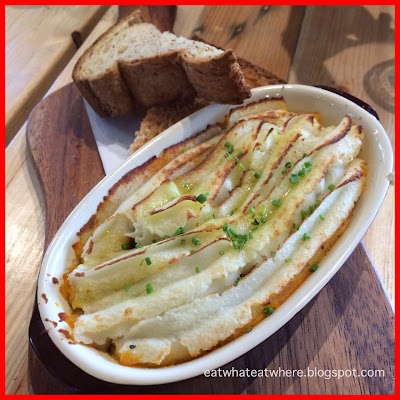 We went with the Beef Rendang Cottage Pie @ RM22 as our next breakfast item for sharing.  The menu described it as a cottage pie with a Malaysian twist.  Just look at the lovely brown edges on the potato mash! 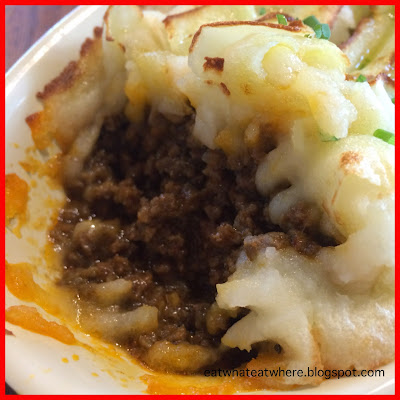 The taste of the minced beef was promising and it wasn't spicy at all.  I'm not sure if there was any Malaysian twist to it as I'd usually associate beef rendang with chunks of tender and spicy beef rather than minced beef, so (for me) it still felt very much like a traditional shepherd's pie.  Having said that, it was nevertheless a very good cottage pie! ;D  The bread was much needed to mop up all that flavourful mince. 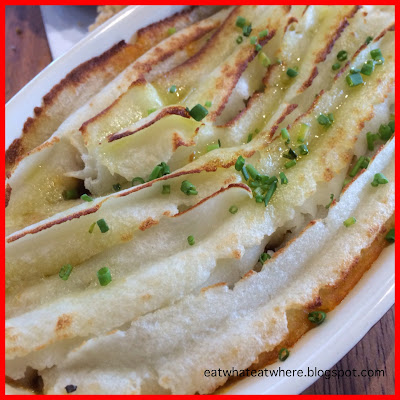 What I loved even more was the incredibly soft and fluffy potato mash on top.  The potato mash looked as if it was piped on top (much like a churro) instead of being just smeared.  Again, extra points for the nice presentation! 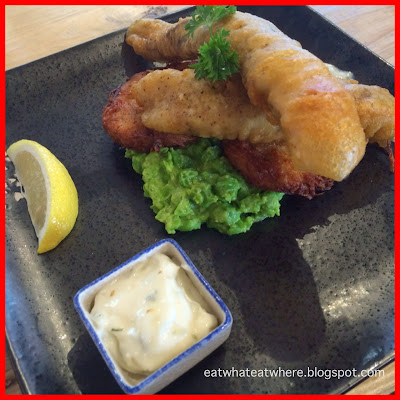 Next up, we obviously got hooked and order Hooked @ RM28 which was actually battered seasonal fish on a bed of mushy peas and crispy potato rosti served with minty yogurt and a mayo dip on the side. 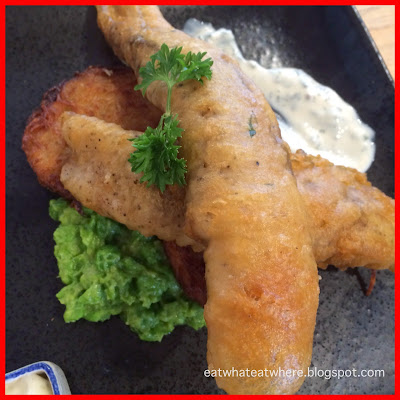 The potato rosti was crisp and well seasoned.  The seasonal fish turned out to be barramundi fillets and they were fried to crunchy perfection.  The flesh was juicy, flaky and extremely good.  But even better was the fresh mushy peas which was part mushy and part chunky.  The chunky parts added a bit more texture to the peas...definitely a winner in terms of taste and texture!  I remember watching shows where the parents would say "Eat your peas!" and the children would cringe! :D  This is one you don't need to run away from.  A must-try if you love peas...or if you don't, you could be converted ;) 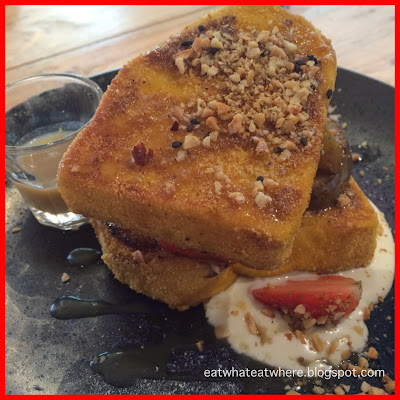 Even though we were stuffed at this point, we went ahead and ordered a final dish for sharing...I Wanna Be Kaya @ RM22.  With a name like that...who wouldn't want to order it, right?  Who doesn't secretly harbour hopes of becoming "kaya" (rich) one day, but we ordered it coz we felt guilty for continuing to occupy our table when there was a perpetual crowd waiting for seats outside.

A twist on Red Beanbag's much sought after French Toast (which is difficult to beat) is Yellow Brick Road's interpretation with poached pear, coconut mascarpone cheese and caramel kaya sauce.  [#Tip: "Kaya" also means a rich jam made with coconut milk (santan), sugar and eggs.] 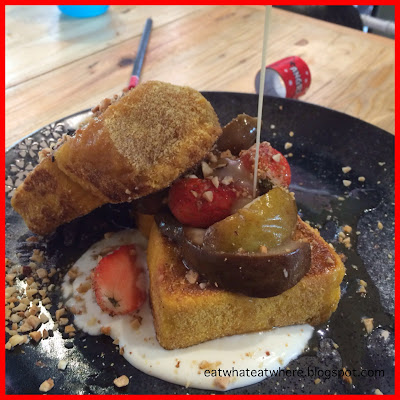 Drizzle as much or as little as the caramel kaya sauce as you like onto your French toast although I didn't find the kaya to be overly sweet.  This French toast is pretty good too just that (personally) I prefer mine with maple syrup a tad more. 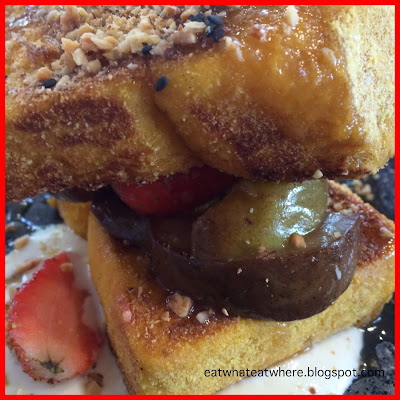 The thick toast was well soaked in egg and turned out to be soft and fluffy.  As for the poached pear, you'll know that it's perfectly cooked when your knife goes through it without any resistance.  I would have loved for the pears to be poached without the skin for an even softer texture (but that's just me nitpicking). 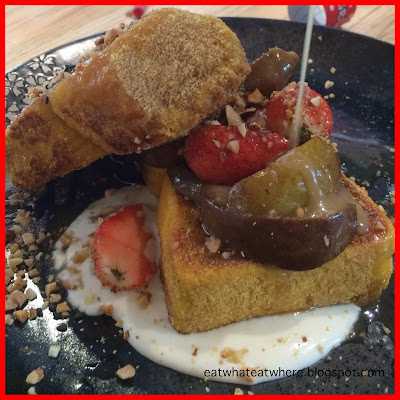 The pillowy softness of the egg-soaked toast coupled with the sweetness of the poached pear and caramel kaya, the tartness of the strawberry slices, the crunch of the crushed nuts and sesame seed topping together with the coconut mascarpone cheese made this one heavenly non-savoury breakfast indeed! 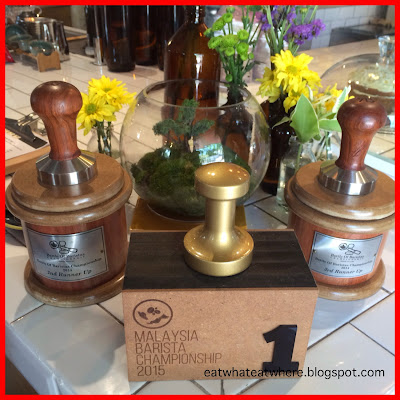 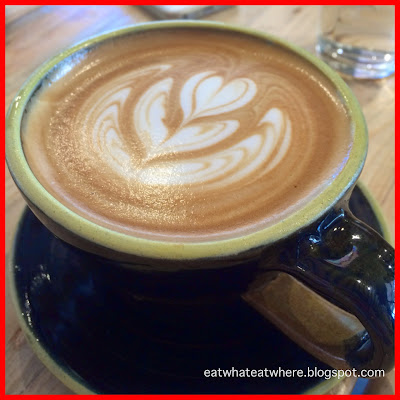 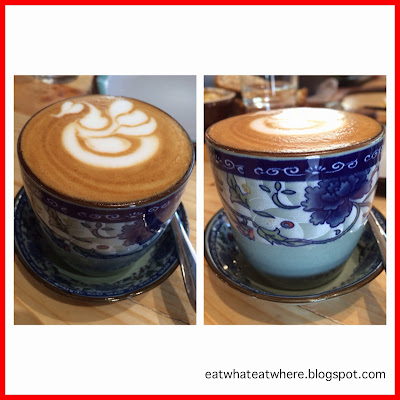 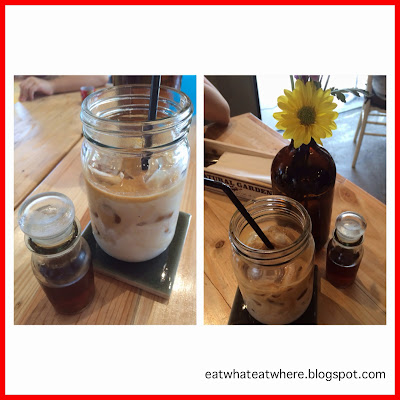 Ice White @ RM12
(served in yet another adorable vessel, a maison jar, but don't ask me why it's only 3/4s full...maybe the jar was too big...I swear I didn't take a sip before taking the pic)

I don't know who made our coffees that day but wishful thinking that it might be the champion barista since we did see him make an appearance that day....kekeke! :D  And...yes, they can lay claim to serving oz-some coffees!

Although the menu is not overly extensive, there are enough oz-some offerings to keep you satisfied.  Food wise, there are more fusion dishes with a local twist compared to Red Beanbag's menu.

I guess I've fallen in love with the place...and the food!  Even as we were leaving, we knew instinctively that this is one place we would want to return to...repeatedly!  Can't wait to try the other stuff they have on their menu.

So, follow the path of the Yellow Brick Road.....it'll lead you here...and it'll be oz-some!