His fourth book in the series took longer to publish this time, about 1 1/2 years compared to the one year gap of his previous two books.  I won't write at length about this Malaysian author and his books, you can read my previous blog post if you wish to find out more. 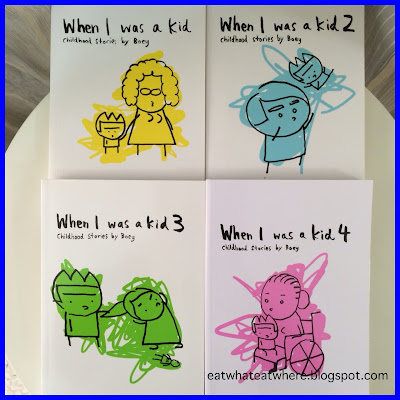 I got my copy of his latest book about a week later (from MPH store @ RM36.90, a negligible increase of RM2 from his previous books) to join the growing family...one big happy family....hehe! :D 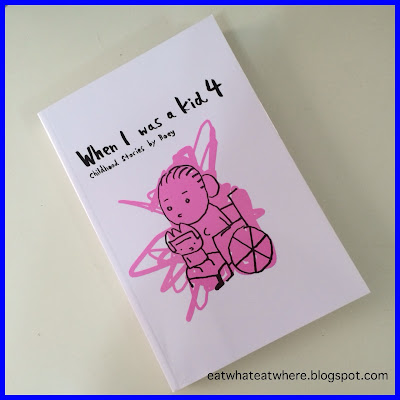 Unlike the other three books, I didn't attend his book signing event this time...a combination of "not free" and "too shy".  The first was due to the fact that his book signing was held in significantly less places (only two bookstores) compared to last year's 'Very Danger Tour' (maybe, due to his growing popularity, he has to make more stops in other cities besides KL).  The second was I noticed that his fans were getting younger and younger! >.<  These young kids, tweens and teens are such loyal and dedicated fans that they would even go to great lengths to get him gifts and snacks (some even baked cupcakes and cookies for him).  I feel I've passed the age of waiting in line and getting all googly over him like all his young, sometimes screaming, fans...wakakakaka! XD  So, no signed copy for me this time. 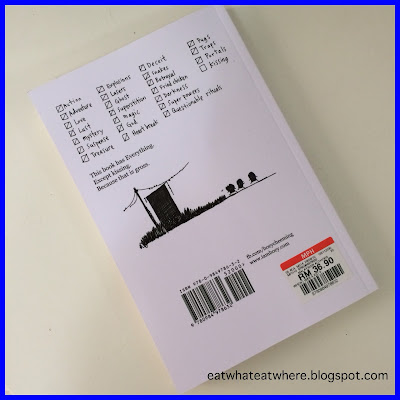 Like Boey said....it's the book of everything...except kissing (coz that's gross...but that's only because he was a kid then!).

Overall, the book is still a light and entertaining read and some of my favourite 'chapters' from his fourth book were these.....of course I had to highlight my special fondness of those chapters pertaining to food! :D 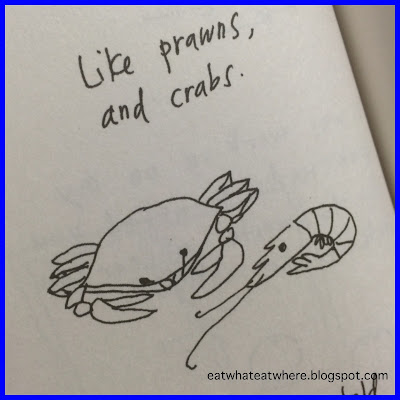 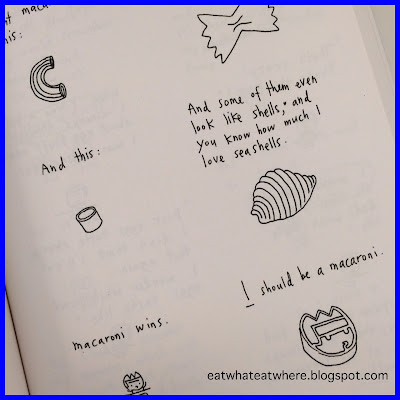 macaroni - you'll make a cute macaroni (and I can see myself eating that macaroni shape) ;D 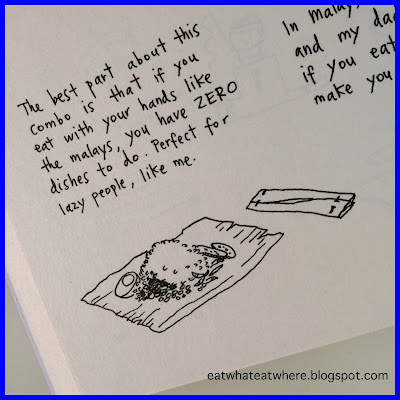 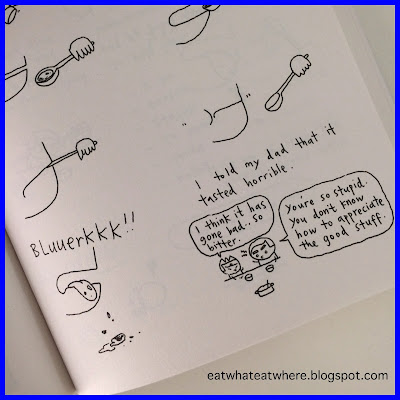 oysters - yeah, kids usually don't know how to enjoy the good stuff though I've not come across oysters in a can nor put them into my soup other than dried oysters (ho si) ^_* 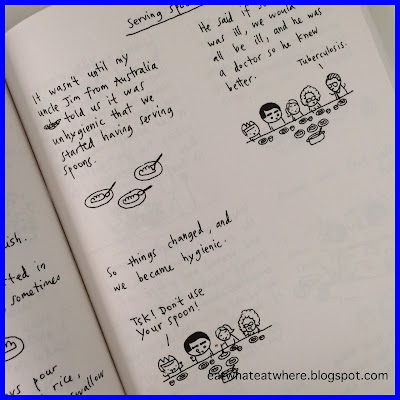 serving spoons - yup, my family does that too now at the dinner table

But there were other 'non-food' chapters that I enjoyed too....like these ones......

double confirm - yay, just like what we see assassins do in movies
dad nose best - I see mothers doing this all the time...even now
common sense - I chose B too (great minds think alike, eh?)...until I read it again
ghost itch - I think it was just an excuse to touch yourself
idea diarrhea - yea, shit happens ^.^


...and some stories that pulled at my heartstrings.....

jiu jiu loves mui mui
like the grim reaper - let's just hope when our time comes, we won't need that chair
onions - awww T_T
braised duck :'(
spirit animal - now I know what that golden turtle is for and what it means to you

Like in all of Boey's previous three books, some of the stories he tells are the same stories of our childhood...and it's great to relive those memories again.

Finally, knowing Boey's mom (at least from what he writes about her), I'm surprised she didn't ask him to name his fourth book.....When I was a kid 3A!  Kekeke!! :D

In my previous blog post about his books, I ended by 'guessing' that the cover of his fourth book would be Grandma....and I was right, ta-da! ;)  I think I deserve a prize for 'guessing' correctly (Senpai, if you're reading this) ^_*

Now, what'll be the cover of his fifth book....hmmm...featuring another member of his family would be too obvious a choice + it'll be boring? >.<  He could feature his dog, River, but that wasn't the dog when he was a kid! :P  How about a pic of his house in JB growing up with all the bird cages? ;)

You've got a 'winning' formula, so keep doing what you're doing....I'm still a fan...but I'll just be a fan watching you from afar (wait, that sounded a bit creepy)...let me rephrase that....I'll just be a fan from a distance! ^o^

Email ThisBlogThis!Share to TwitterShare to FacebookShare to Pinterest
Labels: My Book Shelf