Those who have been following my blog and the stories of Cookie will know that he was once badly injured in a fight with another male cat (read story here). 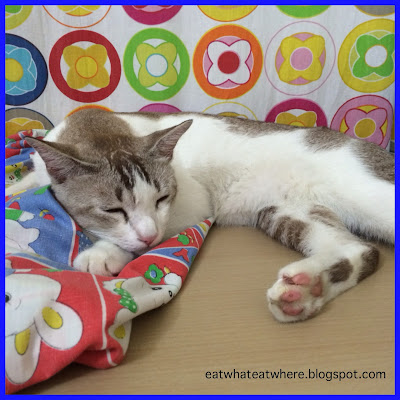 The first injury was more serious...it was his hind legs and it was bleeding (this was taken 2 days after the injury, so it wasn't as bad). 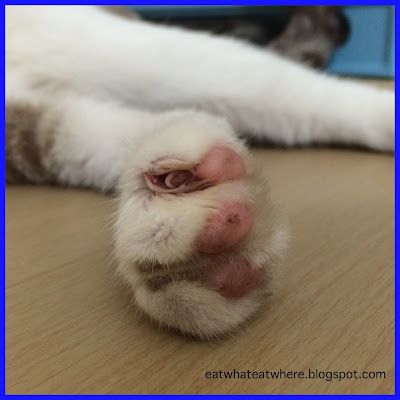 It was as if a chunk of his flesh was missing... 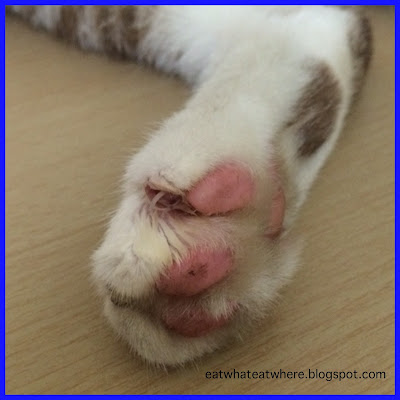 Not only did he return injured, he returned totally filthy.  I suspect he fell into the drain while taking flight (aka running away).  I had no choice but to hose him down with water. 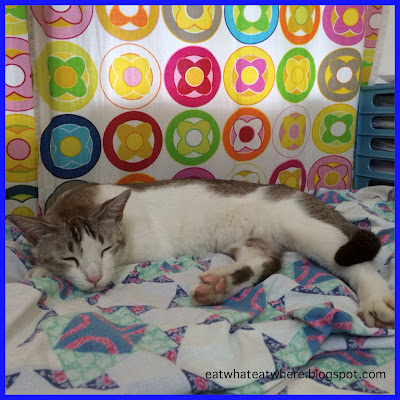 Later, all he wanted to do was to be left alone in a corner just like any injured animal licking his wounds (he did that for a few days).  He would crawl into a makeshift bed we made for him and sleep most of the day. 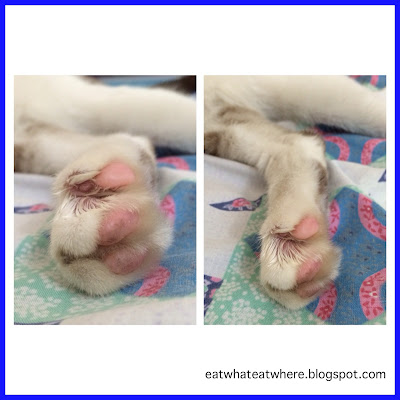 This was taken 4 days later and the injury has healed somewhat but you can still see the claw sticking out. 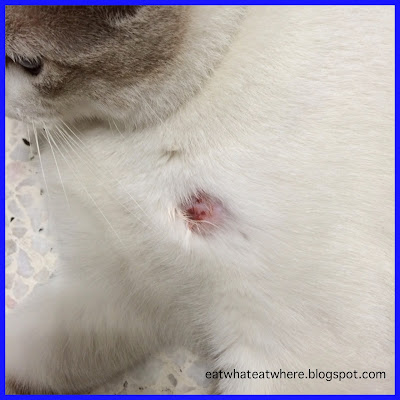 As he was healing from his first injury, this happened...he came back with another injury! O_o 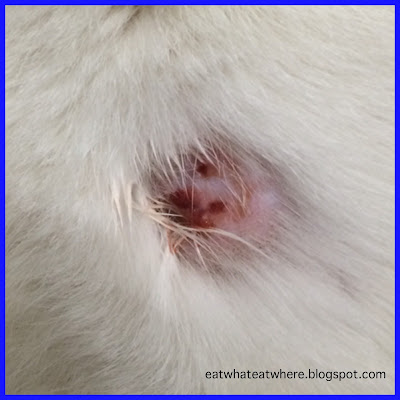 You can clearly see the puncture wound made by a cat's claw. 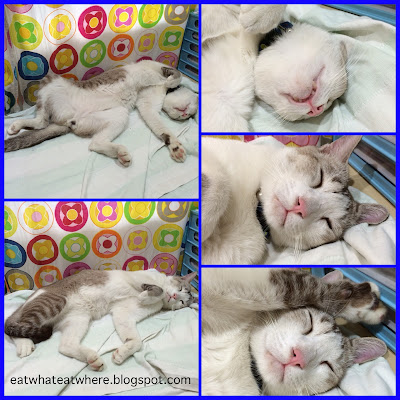 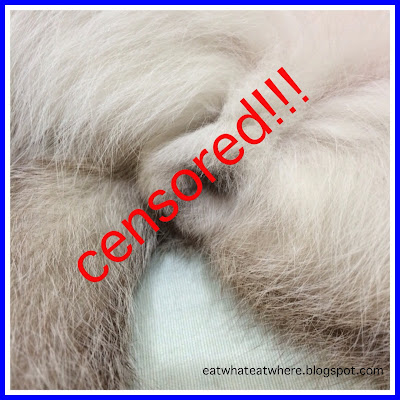 Couldn't resist taking this pic (while he was asleep)! :D
Cookie:  Stop taking these embarrassing photos of me and showing my 'small' manhood to the world, will ya!! >_< 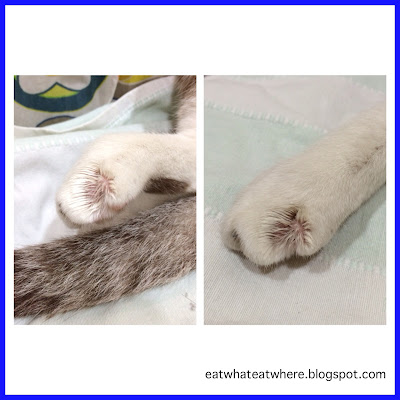 His first injury is healing nicely. 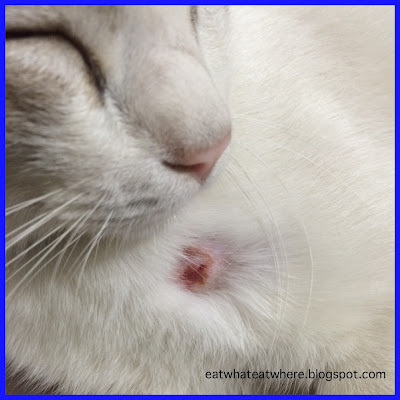 And his second injury is finally healing too.

I don't know why he gets into these fights...it's probably just because he's male and other male cats would see him as a threat....for territory or for females!
Well, he doesn't need territory...he's already the 'king of our house' :D
And he doesn't need females...he's got his 'manhood' snipped already ;D

Gosh, sometimes I think it may even be a female who clawed him...having mistaken his advances as wanting to mate when he's just being friendly and wants to play. 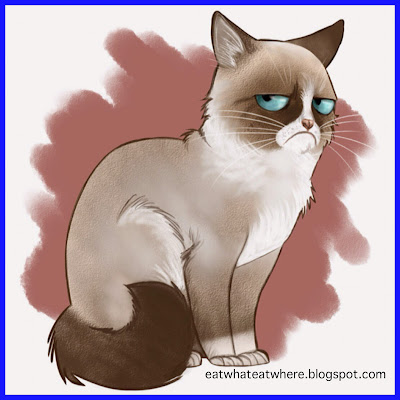 I now try to limit his time outside (and he's not happy).  Either that or he'll cross paths with more unneutered males since he's pretty useless at fighting...he's got no 'kungfu', I tell you :P