This is like a trilogy of sorts, after Parts 1 and 2, I realised that I'm not done with this restaurant as yet.  You can read my earlier reviews here and here. 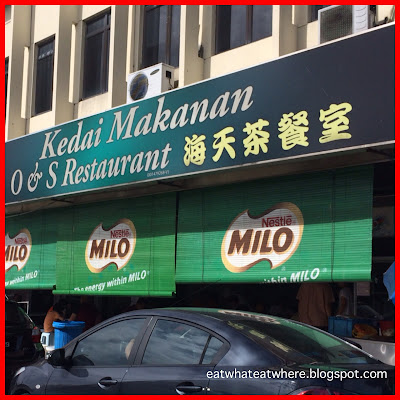 So, I found myself doing a Part 3 on O & S Restaurant @ Paramount Garden as there are still many food stalls here that have not been covered yet. 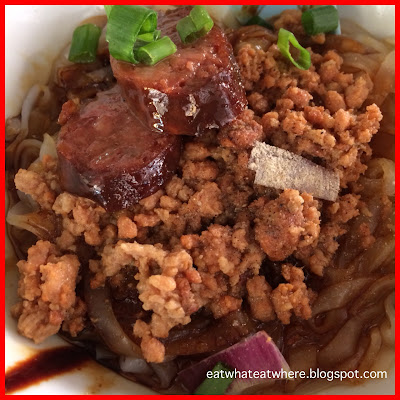 On a Sunday morning, we found our way here to our usual joint for breakfast.  My family had some of their usual favourites which I've already blogged about.  I ordered the Pork Ball Noodles @ RM5.50 and requested for the usual kway teow (dry-style), which was smooth and slippery, served with an acceptable minced pork topping with two slices of "siew cheong" (roasted pork sausage) that could do with a more intense flavour. 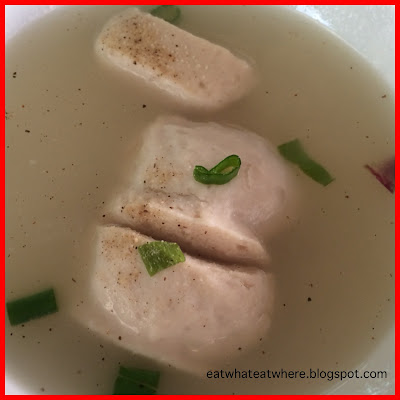 It was accompanied by a bowl of soup with three pieces of pork balls (or should I say squares).  The soup base here is more peppery than sweet which I preferred.  This pork ball noodles, though not the best I've had, was still passable in taste. 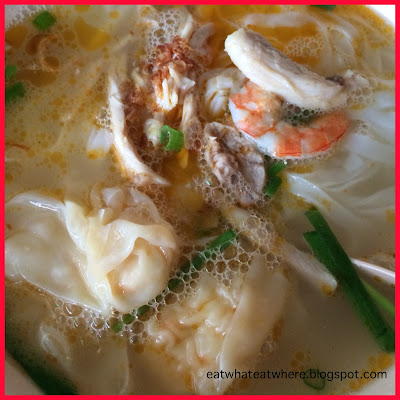 This was the "Kai Si Sar Hor Fun" @ RM6.60 which was probably one of the more expensive noodles here but then prawns are involved (so you be the judge).  The bowl of "sar hor fun" (flat rice noodles similar to kway teow, only smoother and thinner) with "kai si" (shredded chicken), half a prawn, two prawn wantans, Chinese chives and fried shallots.  The soup was decent tasting with a layer of fragrant prawn oil on top. 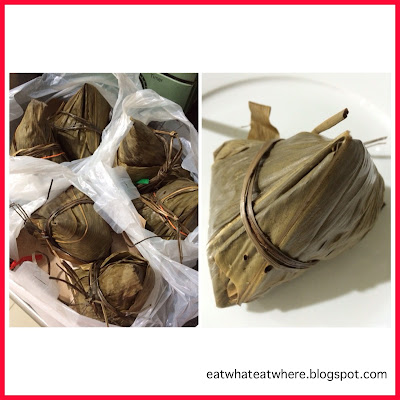 On my way out, through the side entrance of the shop, I saw this "bak chang" (glutinous rice dumplings) stall which I didn't notice before.  So, I stopped to get some bak chang @ RM5.50 each. 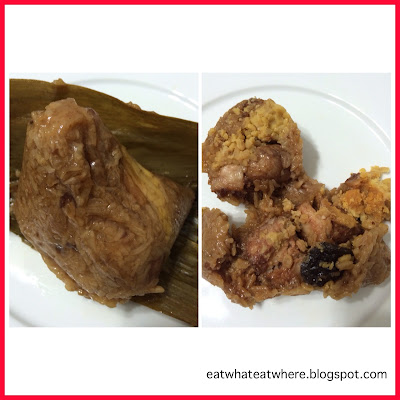 The glutinous rice was incredibly soft, just the way I like it!  The bak chang was filled with "lok tau" (mung or green beans), "foong lut" (chestnut), dried Chinese mushrooms and salted egg yolk.  The generous chunks of not overly fat and tender pork belly were melt-in-the-mouth tender...and surprisingly this was one that I was able to consume the fat as well. 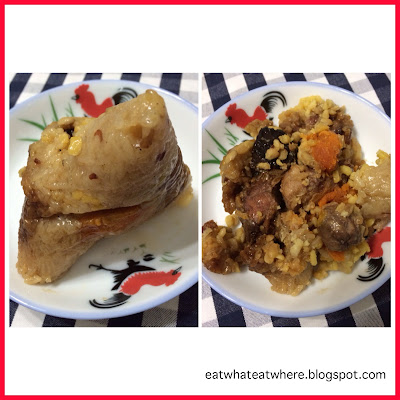 And if you're lucky, you can get your hands on this "kong fu chung" (Cantonese bak chang) which they make on certain days only.  Visually, the glutinous rice is white (as opposed to brown) as the rice is not stir-fried first (according to my mother-in-law).  So, this one has a 'cleaner' taste as it's just wrapped and boiled (but needs to be boiled for a longer time in order to soften).  I think I may have found another very good bak chang stall....yes! 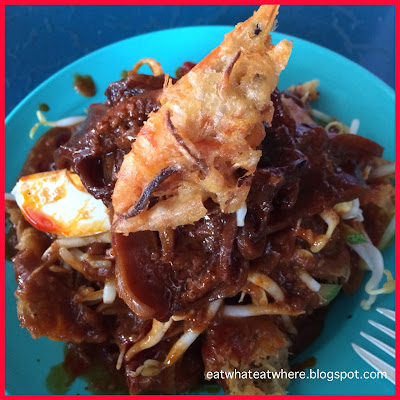 I also noticed a new stall next to the bak chang stall selling Indian rojak on my way out.  It looked nice enough and I told myself I must come back to try....and so I did!  Here's my plate of Indian Rojak @ RM6 with "sotong" (squid) and RM2 for the additional prawn fritter. 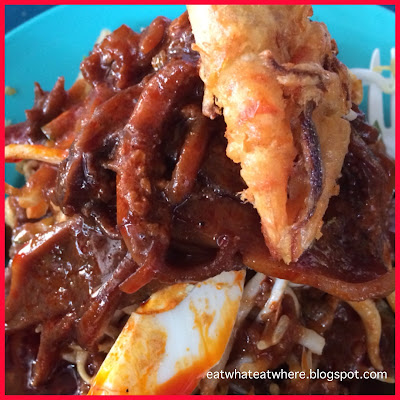 For the price of RM6 + RM2, the serving of rojak came with the usual condiments of hard boiled egg, "taugeh" (bean sprouts), shreds of "sengkuang"  (jicama) and cucumber with a very generous amount of super tender sotong cooked Malay-style.  I liked that the sauce was more spicy like sambal than sweet like satay sauce.


This is one place where I have yet to find a stall that wasn't decent (although some were better than others).  You may have to wait a while for seats but it'll be worth the wait as you'll be spoilt for choice here.
Even with a trilogy of posts on this restaurant, I'm nowhere near finish with the stalls here.....so, who knows, there may yet be a fourth instalment!  A tetralogy, perhaps?  LOL!
O & S Restaurant
39 Jalan 20/14
Paramount Garden
46300 Petaling Jaya
Selangor
Posted by contact.ewew at 10:14