After a satisfying meal of Crispy Seabass with Tomatoes and Capers in Butter Sauce, I'm on to my next meal in the dinner box I bought from Urban Stove. 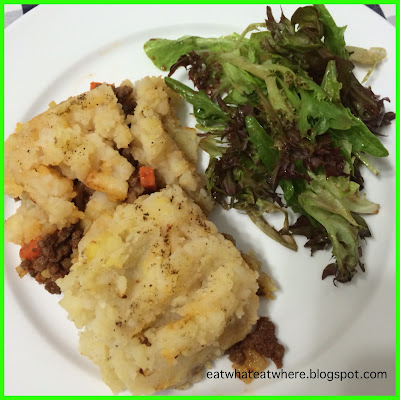 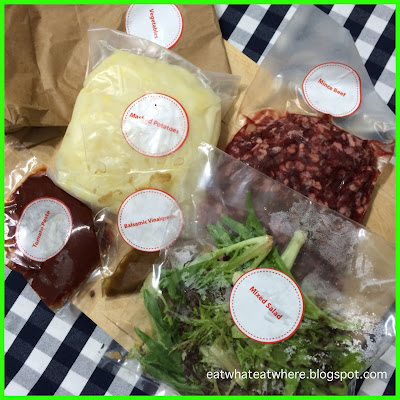 All the food items for this dish arrived properly portioned, packed, sealed and labelled. 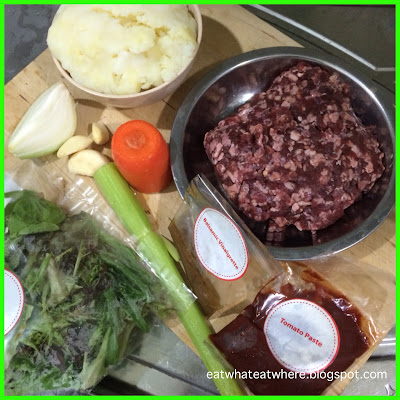 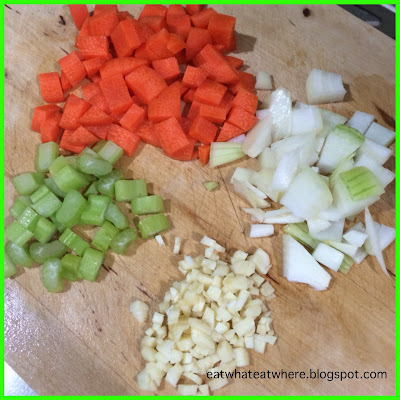 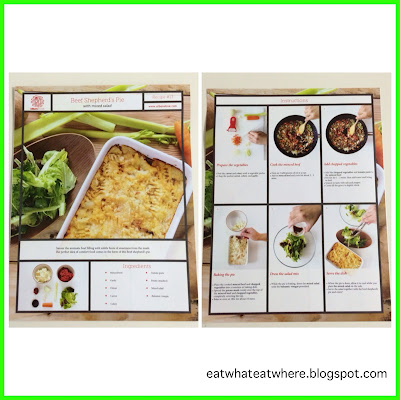 Again, it came with a recipe card with simple to follow instructions. 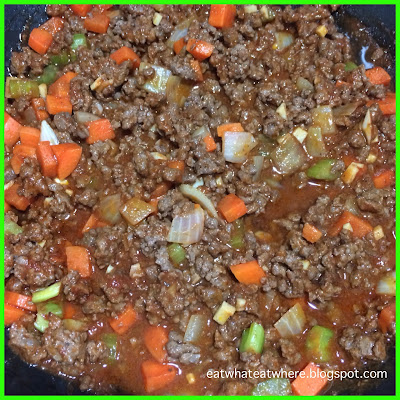 To make the pie filling, I had to saute the minced beef with the diced up carrot, onion, celery and garlic together with tomato paste (I think it needed a bit more tomato paste) and a little water until the gravy thickens.  But, because the recipe didn't specify the quantity of water, my vegetables could have been softer though. 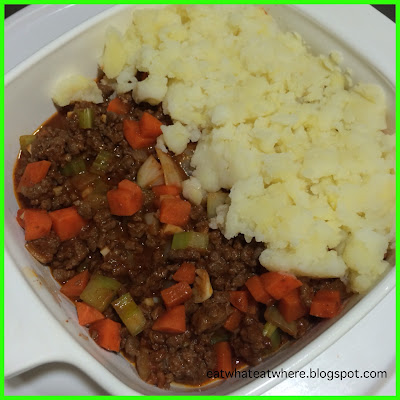 Pour the cooked mince and vegetables into a baking dish and spread the mashed potatoes evenly over the top and fluff it with a fork (extra step - I sprinkled some seasoning over the potato mash). 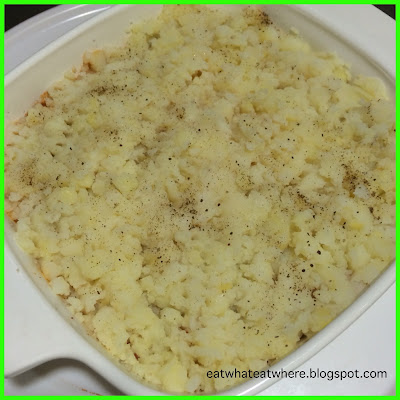 Bake in an oven at 180C for about 10 minutes (I left it in the oven for a further 5 minutes) until the mash was lightly golden brown. 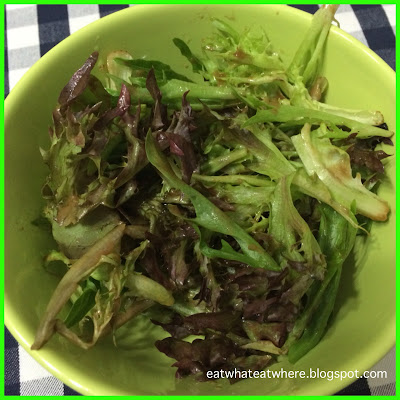 A side of mixed salad tossed in the balsamic vinegar dressing provided. 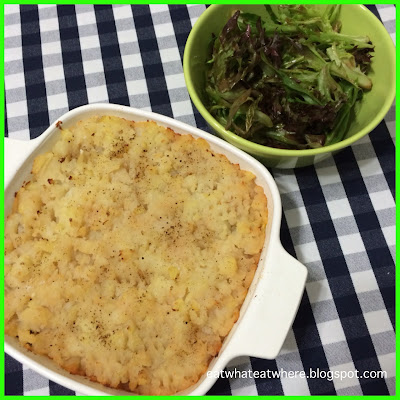 This is the Beef Shepherd's Pie with Mixed Salad ready for serving. 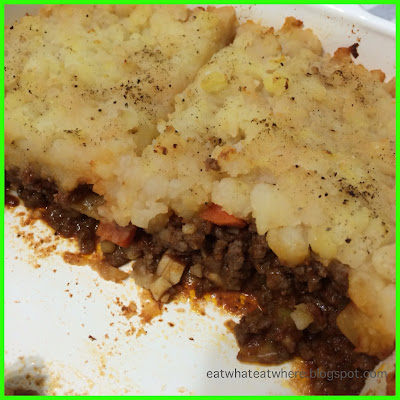 I scooped half of the Beef Shepherd's Pie..... 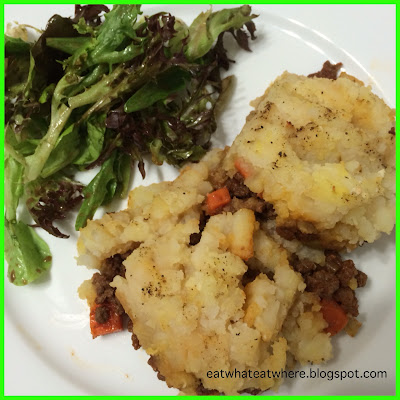 .......and served it with some Mixed Salad for a one-person portion.  For better presentation, I would suggest that you bake these in two separate ramekins for an individual portion each.
My thoughts on the dish:
The flavour of the cooked mince was pretty pleasant but the mashed potatoes were not as smooth as I had hoped (a bit lumpy actually) and lacking in the flavour department (even though I added seasoning to it which wasn't suggested in the recipe).  The salad leaves were slightly limp though the balsamic vinegar dressing was satisfactory. 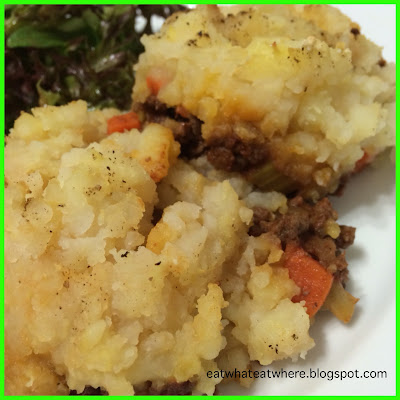 The portion size for the Beef Shepherd's Pie was really generous for two but the Mixed Salad can be easily consumed by one.  I had a bit of a difficulty finishing my portion towards the end.  If you're a big meat eater, this dish will be more than sufficient for you.
In terms of the cooking, this one was really easy compared to the previous dish of crispy seabass though the result was not as satisfying.  If they had provided a bit more tomato paste and made a smoother potato mash, this could have been a more successful dish.  But, then again, if not for Urban Box, I'd probably wouldn't have known where to begin to make a Beef Shepherd's Pie.

My concluding comments on Urban Stove's dinner box will be in my next post!  Up next.....Meal 3 - Chinese-style Sweet and Sour Chicken with Steamed Rice.
Posted by contact.ewew at 10:36