When I think of coffee bun, one bun comes to mind almost immediately....and that is Rotiboy's Coffee Bun.....the bun that started all the coffee bun craze (I think)!  Founded in Bukit Mertajam, Penang, in 1998, it made its foray into Kuala Lumpur in 2002 with its first shop in Wisma Central, Jalan Ampang, and have now expanded to 15 outlets in Klang Valley and beyond. 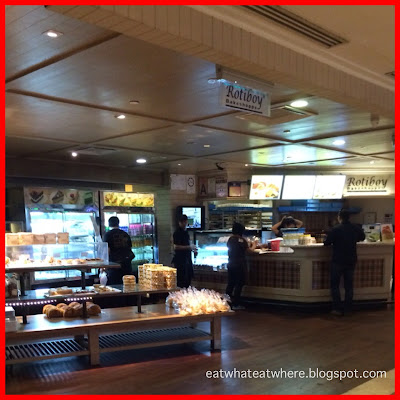 My first introduction to this coffee bun was through an ex-colleague many years ago.  Later, I found Rotiboy selling in KLCC.  At that time, you didn't have to know where the outlet was in KLCC, you just need to follow the scent of coffee to lead you there (although the scent is no longer apparent nowadays).  You can now find Rotiboy outlets in many leading malls throughout Malaysia. 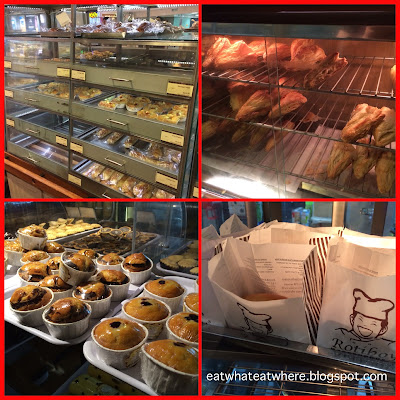 I think when Rotiboy first started, they sold only coffee buns but they've now evolved to include other baked buns, muffins, cakes, cookies, sandwiches, puffs and pastries, loaves and rolls. 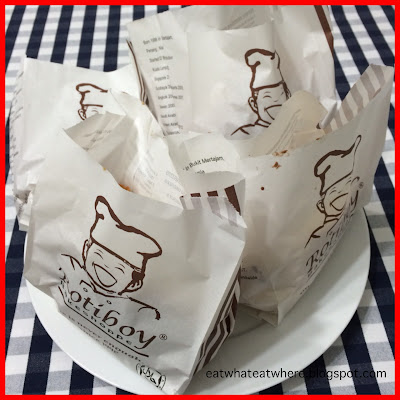 Not only that but I noticed they've also added a few new "boys" (maybe not that new) into their repertoire...Buttermilkboy, Mochaboy and Kariboy in a recent 'reunion' with Rotiboy (of which I have not eaten for a while now).  So, when I was in KLCC recently, I got myself one "boy" each. 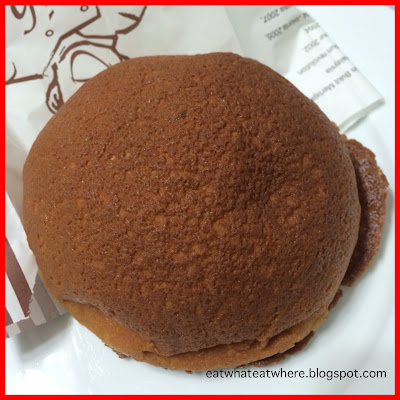 Their most famous bun is, of course, their coffee bun simply called Rotiboy @ RM2.65. 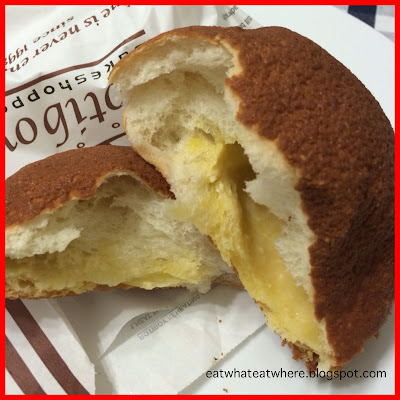 The Rotiboy is a soft bun with a buttery filling on the inside and a coffee flavoured topping.  The sugary coffee topping is a bit crusty, crunchy and sweet with a good coffee aroma still (but just not as strong as yesteryears). 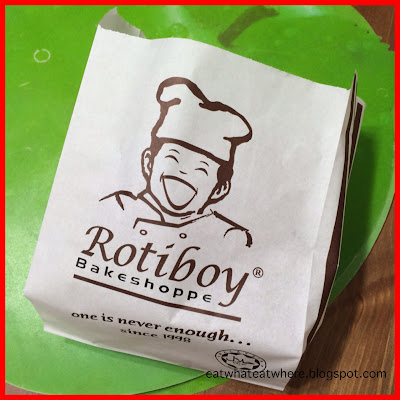 But, on the upside, the bun is not as oily now as the bag seems almost oil-free.  I remembered that the brown paper bag that it used to come in would be rather oily (and your fingers too) after handling the bun.  The downside of it...it's also not as buttery and fragrant now! 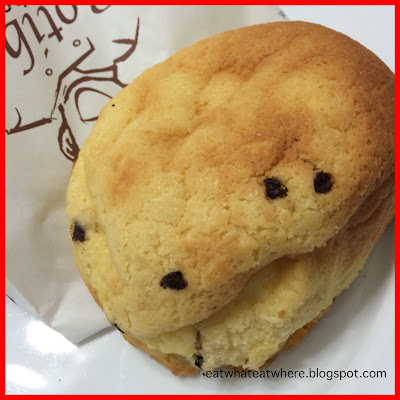 This is the ButtermilkBoy @ RM2.85 with an abundant filling and aroma of butter inside (just like Rotiboy) and topped with a bit of chocolate chips outside. 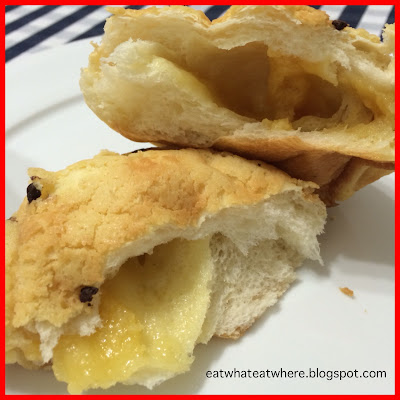 The filling is probably mixed with butter, milk and sugar to create something custardy.  I found this to be not as sweet as Rotiboy but I wasn't liking the filling as much. 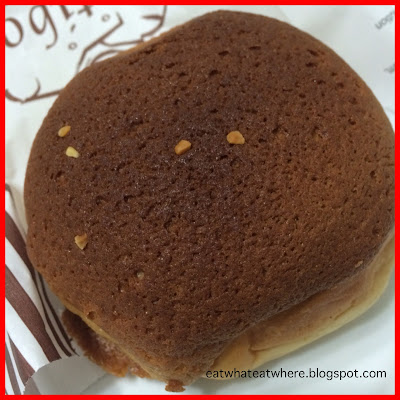 This is the MochaBoy @ RM2.85 which has a chocolate (and maybe a bit of coffee?) filling in it that turned out to be not overly sweet either. 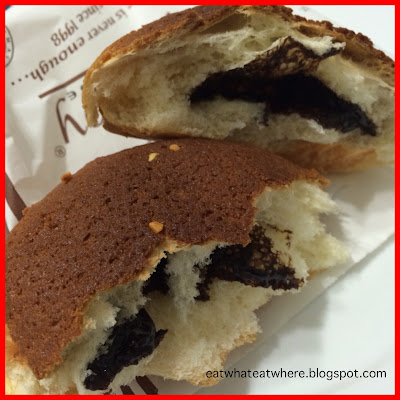 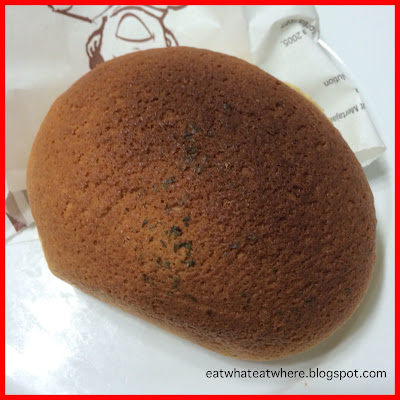 The KariBoy @ RM2.85 is their savoury option for the bun but wasn't as successful.  It was filled with a scarce potato and onion filling inside. 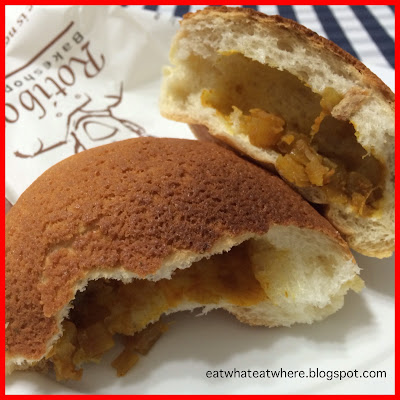 I could taste a bit of curry powder in the mix.  Overall, it wasn't a very good "boy"...and the least successful bun of the four! :(


Even with the "new boys" in town, my favourite bun was (and still is) their Rotiboy coffee bun even though the coffee flavour is not as intense now.  It's probably still their best seller...it's a bun like no other!  Nowadays, many bakeries have come up with their own versions of coffee bun but I think it was Rotiboy who first started this coffee bun craze so many years ago! :)
Posted by contact.ewew at 10:36

Email ThisBlogThis!Share to TwitterShare to FacebookShare to Pinterest
Labels: Bread is in the Air