After loving the coffees on my previous visits, besides the interior and the feeling of comfort, warmth and relaxation, it was only a matter of time before I returned to Maven Coffee Store @ Taman Shamelin Perkasa for more coffees, what else. 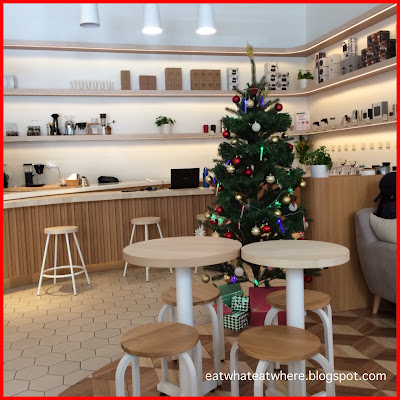 I wanted to bring my nephew here and my sister-in-law decided to tag along too on this visit.  I just love the smell of coffee in the air as soon as I walk in.  Oops, Chinese New Year has come and gone...and my blogpost still shows a Christmas tree! >.<  That goes to show how far back my posts are now that I blog only once or twice a week...hehehe! ;D 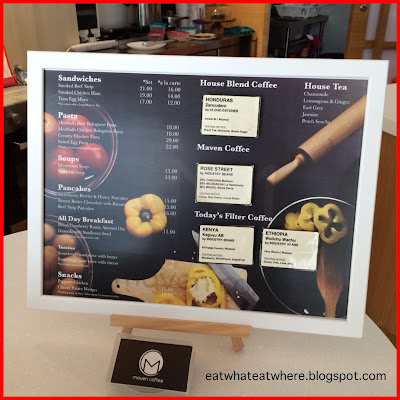 Oh, there's a new menu....ok-lah not new as in new items but new as in a newly printed menu with a background design that looks a lot nicer than the previous one. :P 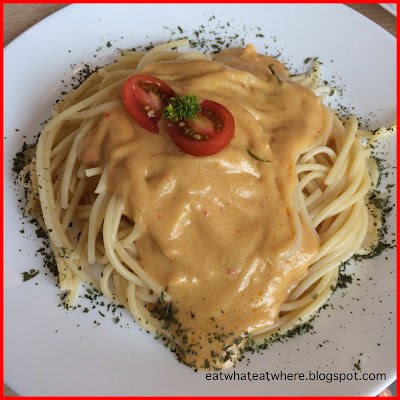 Since it was close to lunch time, we tried a couple of their pastas, starting with the Salted Egg Pasta @ RM22 with a choice of linguine or spaghetti.  When it arrived, I was surprised to see it only had a salted egg sauce over it and nothing else.  When I wanted to order it the last time, I was told it came with beef bacon but looks like they've decided to change it. 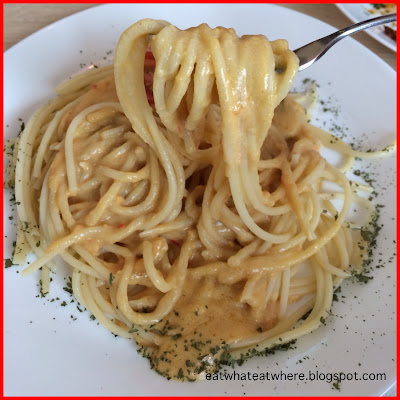 It did have a good dose of salted egg flavour but I felt it needed something else on the plate.  I think the crisp beef bacon bits would have added a nice textural contrast to the creamy pasta.  It can be a bit cloying eaten in substantial amounts because of the rich sauce, so this is a dish best shared. 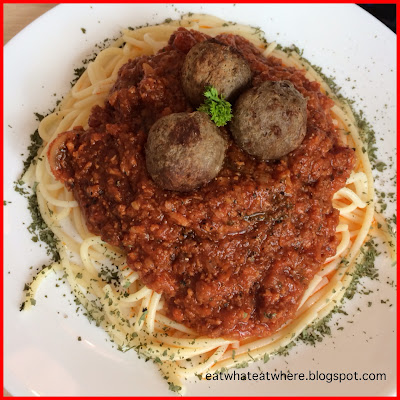 The other pasta dish we ordered was the Meatballs Beef Bolognese Pasta @ RM18 served with 3 large meatballs in a typical bolognese sauce.  The pre-prepared components, the meatballs may be a little dry but the bolognese sauce was pretty decent. 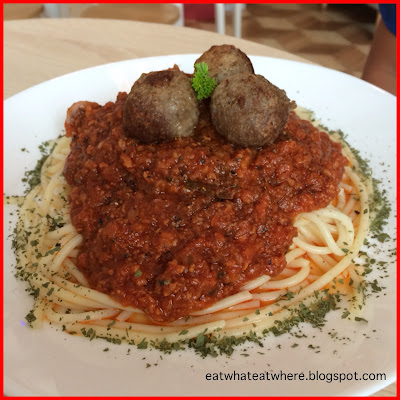 You can't have too high an expectation here knowing that there isn't a proper kitchen but yet they're still able to assemble a hot dish to an acceptable taste level is commendable indeed. 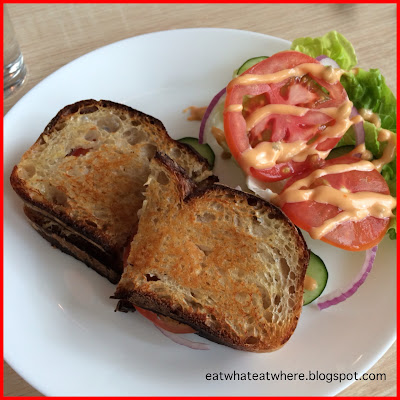 My sister-in-law had the same Tuna Egg Mayo Sandwich @ RM12 that I had on an earlier visit.  When it's something as simple as this, the use of fresh ingredients are very important from the crunchy, well toasted sourdough bread to the fresh, crisp lettuce leaves which I appreciated (heck, I've even been served wilted lettuce by some cafes that supposedly serve good food)! >.<  When food is that simple, you need to make sure the freshest ingredients are used. 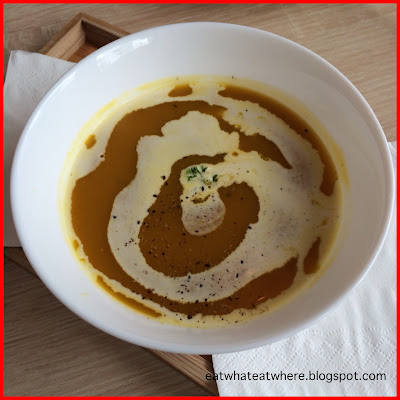 The Pumpkin Soup @ RM13 with a drizzle of cream had the right consistency of not-too-thick and not-too-thin that I liked.  I want it to still have the texture of a soup and not a stew.  I don't fancy overly thick soups unless it's a mushroom soup, that I don't mind! ;) 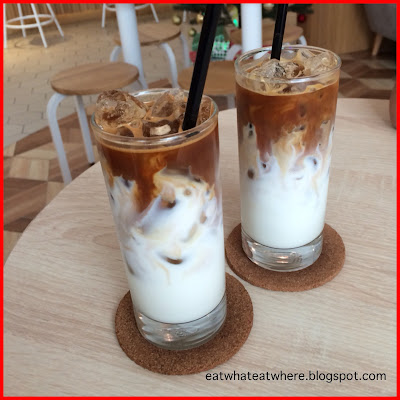 I was told (by the server) that the Iced Latte and Iced Cappuccino @ RM12 here has no difference, so you can just order it as an Iced White since it's basically the same thing.

The fact that they can boil, toast, reheat and assemble food to an acceptable taste level without a proper kitchen in itself is already praiseworthy.  So, I think it wouldn't be fair to compare the food here with what we can get at a cafe with a full functioning kitchen.  That's why it's quite obvious in their name, they call themselves a coffee store...and not a cafe.

The place is primarily a coffee place...and the food an afterthought.  I think it's just there to complement the coffee drinkers in case they happen to be hungry and in need of some light meals.

I do see myself returning on a regular basis since it's the place nearest to me with good coffees, especially when I yearn for a simple breakfast of sandwich and coffee! ^o^