Don't Get Cheated This CNY

Soon, Chinese New Year 2014 (Year of the Horse) will be upon us.  As with any Chinese New Year (CNY) celebrations, one "must-have" food, which is synonymous with CNY (and known by different names), is "Long Yoke/Bak Kwa/Yoke Korn".
"Long Yoke" (Dried Meat) is a popular festive snack and gift (when visiting family and friends) during CNY.  These barbequed thin pieces of meat are simply to 'die' for.  They resemble pork jerky and is slightly sweet and salty in taste. 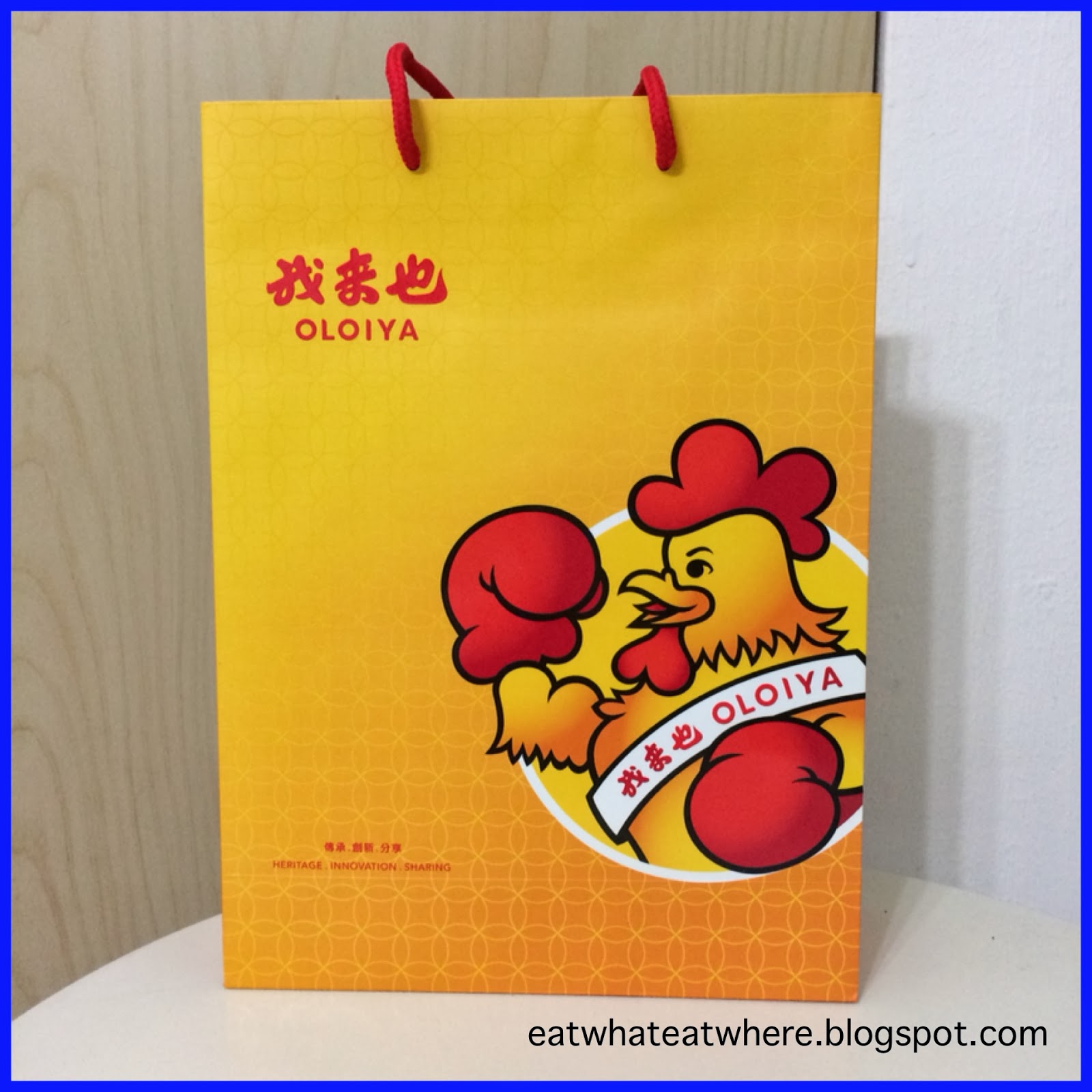 Most people have their own favourite brand of "long yoke" which they deem to be absolutely the best tasting one and, for me and my family, it is none other than "Oloiya" by Kiew Brothers (who have been around since the 1970s).  Who doesn't recognise the famous "Boxing Chicken" logo, right?


With many people now being more conscious about eating healthy, "long yoke" has probably become a 'once-in-a-year' indulgence on their 'To Eat List' for CNY and I am one of them....not so much because of the 'health' issue but more because of the 'price' issue.  They have become increasingly expensive over the years and this year the price is RM41 for 500g! 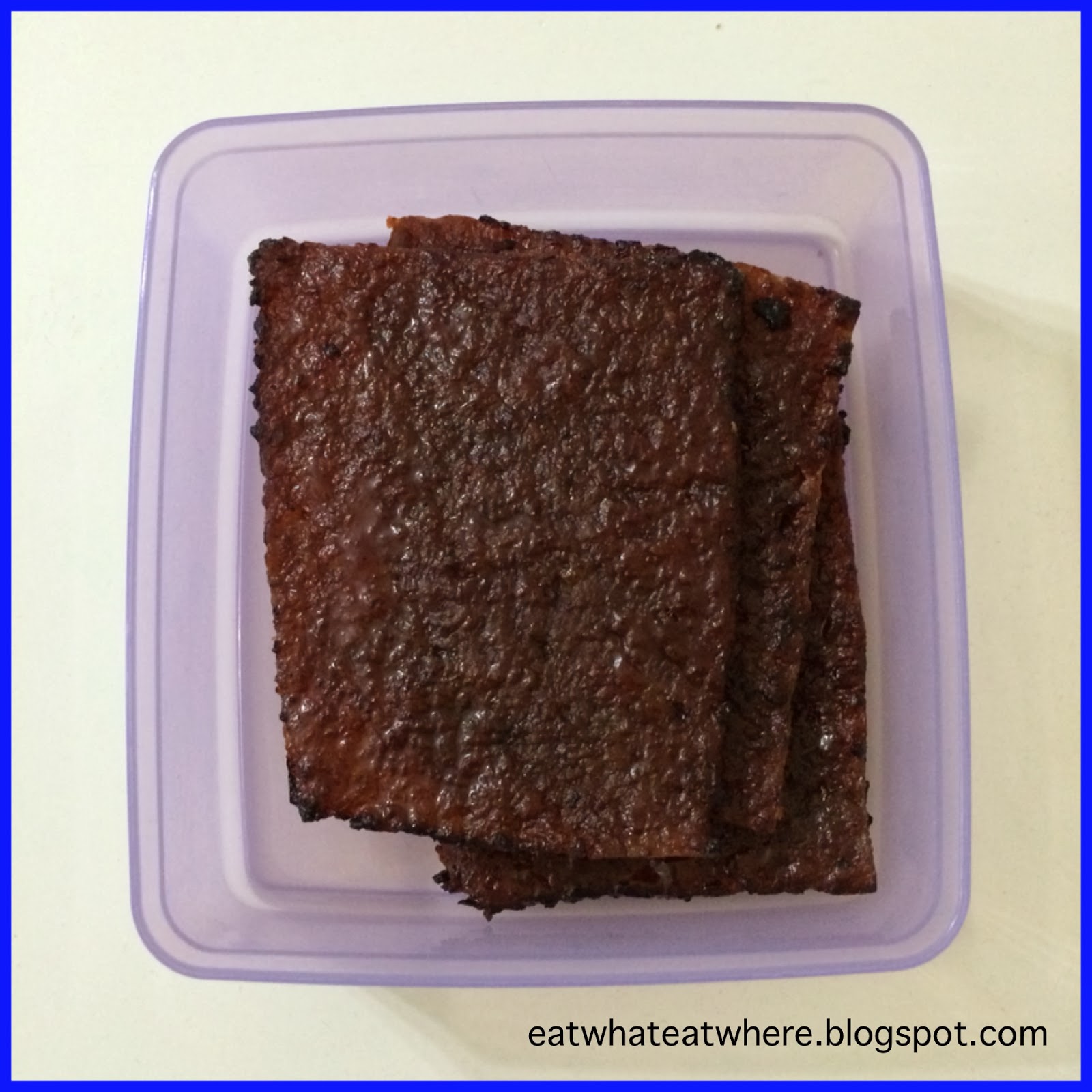 Every year I would buy this "long yoke" from a stall set up in my housing area as going to their HQ in Petaling Street, during CNY, is just not possible (because of the traffic and the problem of finding parking space).

.....and every year I would get cheated (and this year was no different)!!!

Why?....because when you buy, say 500g, they will always short change you about 50-70g.  How do I know?  Because there was one year when I bought many packets (as gifts to family/relatives) that I decided to weigh them when I got home and was shocked to realise that the weight was under.  Furious, I took it back to the stall and demanded that they give me the right amount.  That first time, I made such a ruckus until some of their customers started staring at me probably thinking who this crazy woman is!  Without even questioning me, the stall owner would quickly give me one packet extra (because, if you do the math, for about every 7-10 packets they short change an unknowing customer, they save one packet).

And every year since then, I would always weigh my "long yoke" when I got home....and every year I have to bring it back to the stall to complain.  And every year, without fail, they would replace my packet with the right weight because, deep down, they knew that they have short changed their customer.  You must be wondering why on earth would I keep going back to this stall to buy (eventhough the stall owners may be different every year, I'm not sure).  Reason is because I just don't want to go all the way to Petaling Street for the sheer inconvenience of it all!

However, I believe (and I hope) this does not happen at their Oloiya outlets but only to such unscrupulous "middlemen" who "subcontracts" from Oloiya and open 'temporary' stalls during the CNY festive season.  Since they now have an outlet in Pavilion, maybe I should give this outlet a try next year as.....enough is enough...I've had it with them (the stall, I mean, not Oloiya "long yoke"...still loyal....still can't resist)!

But they have pissed me off one time too many, maybe I should just write in to Kiew Brothers about these unscrupulous "subcontractors" that they are dealing with.

Just the other day, I was having a chat with some neighbours and I brought up this story...and lo and behold, she too bought many 1kg packets of "lap mei" (waxed meat) as gifts and it was 200g short (each packet) it seems...wow, that's a lot!

My advice to you all is to weigh whatever you buy because these unscrupulous traders are out to cheat us!  Money is not the issue here (because 50-70g would maybe get you 2-3 pcs more which is quite insignificant) but the principle of being 'taken for a ride' is....how gullible do they think we are!  I am sharing this story in the hope that you are aware that such things happen.

So....beware.....and don't get cheated unknowingly (you could have been for many years without realising)!!! 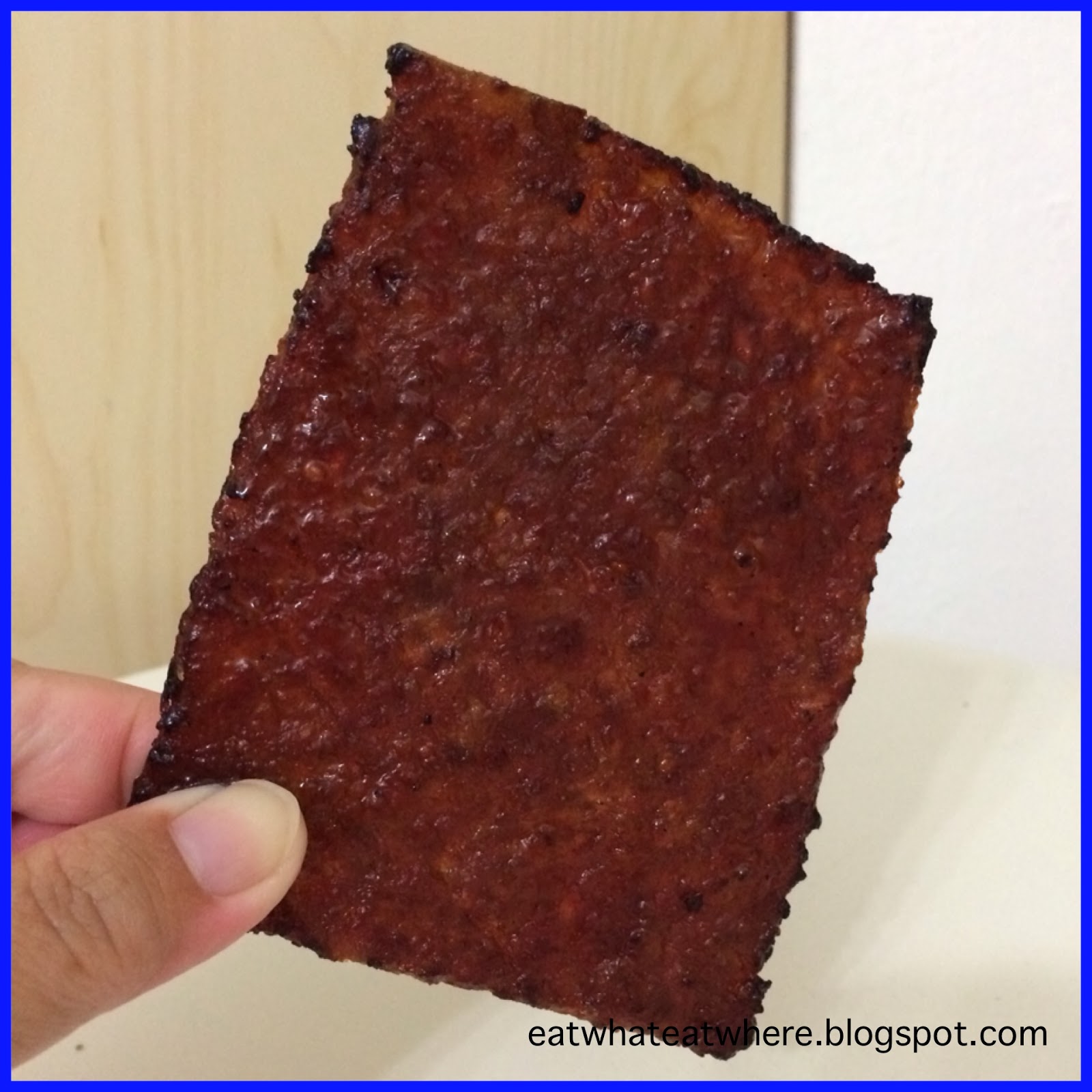 But, in the meantime, enjoy your delicious "long yoke" this festive season....whichever brand you fancy!

Email ThisBlogThis!Share to TwitterShare to FacebookShare to Pinterest
Labels: Not About Food