My friends and I have been wanting to visit Breakfast Thieves @ APW Bangsar for quite a while now (ever since they opened in the middle of last year) but the reported long queues were a deterrent. 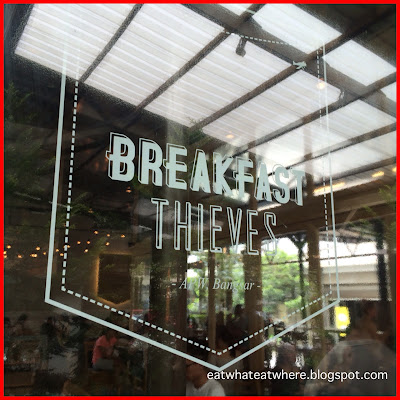 I can see why people are drawn to this place.  When you see it in person, you'll understand why.....and you might love it too. 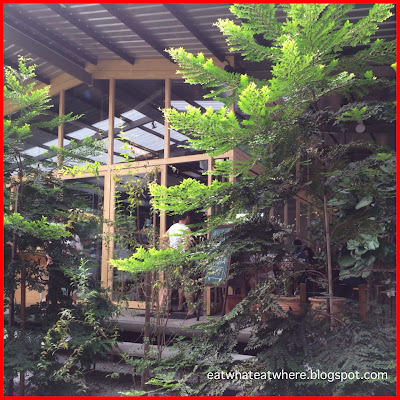 The glasshouse design with timber frames, the floor to ceiling glass walls, the natural sunlight streaming into the cafe, the abundant greenery in and around the cafe and the beautiful landscaping are just some of the reasons I think why the place endears itself to its customers. 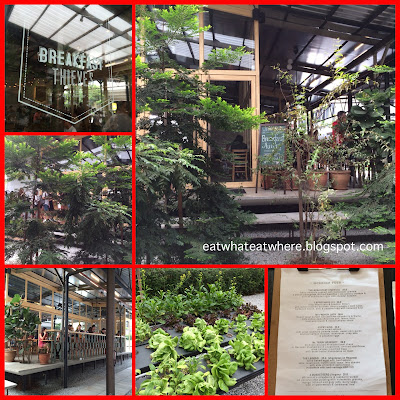 Even though we heard great things about the place and the food (during the early days), we also heard about the notorious hour-long queues...and we won't have any of that, so that meant we had to wait longer before we can sample the food. 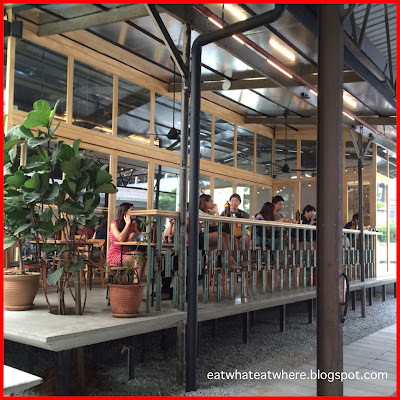 It was a public holiday morning when my friend and I finally visited.  We reached there around 11am and there was already a queue.  I have to say the waiting here won't be all that comfy as there are no seats provided and you have to just stand in line with a fan offering some respite from the heat (I can't imagine what it'll be like during a hot afternoon).  Luckily, the waiting was bearable as we managed to get a table (inside) half an hour later (they'll ask you if you want to be seated inside or at the alfresco section). 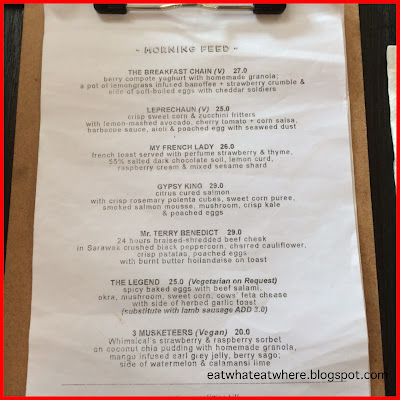 The menu isn't very extensive, with just 3 pages, one for breakfast (with a total of 7 offerings inclusive of two vegetarian options and one vegan), one for lunch (limited to just 4 offerings) and one for drinks, so decision-making shouldn't be very hard. 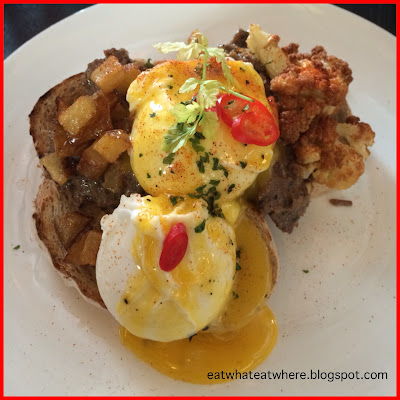 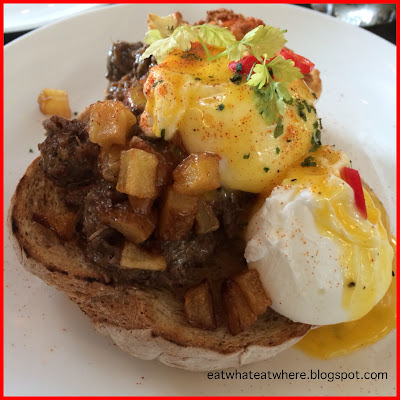 The shredded braised beef cheeks was alright, nicely tender, with a mouth-feel similar to pulled pork.  It didn't have that melt-in-your-mouth texture I've come to expect of braised beef cheeks, neither was it as flavourful as some I've eaten before. 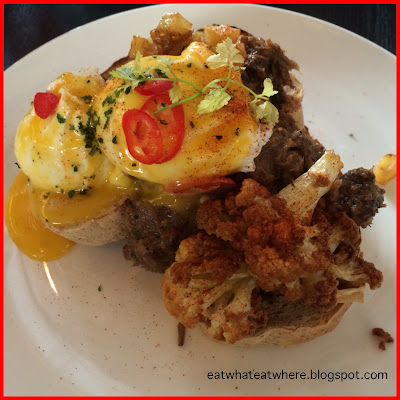 I especially liked the charred and spiced cauliflower (something different from the usual salad leaves) on the plate.  The charred cauliflower tasted a bit similar to an Indian-style spiced cauliflower dish.  Also loved the faint hint of spice on the palate that the sprinkled paprika (or chilli powder?) brought to the perfectly runny poached eggs. 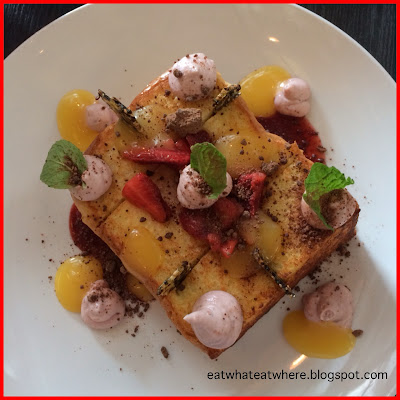 I ordered My French Lady @ RM26 because I was attracted to its pretty presentation (I can't help it, I love pretty things!).  This was their interpretation of the French Toast served with thyme-perfumed strawberries, dark chocolate soil and mixed sesame shards with squirts of raspberry cream and lemon curd. 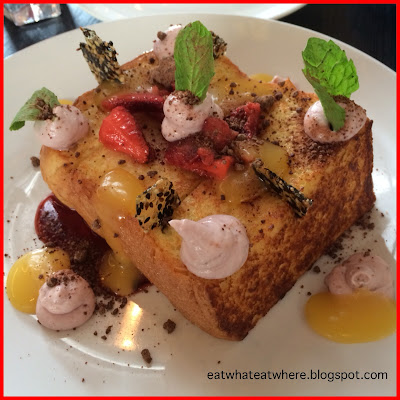 I absolutely loved the zesty flavours the raspberry cream, lemon curd and some kind of berry coulis (at the bottom of the plate) brought to the super fluffy french toast.  The sweet, fragrant and crispy sesame crusted sugary brittle, together with the crunch of the chocolate soil, added another textural contrast to the dish. 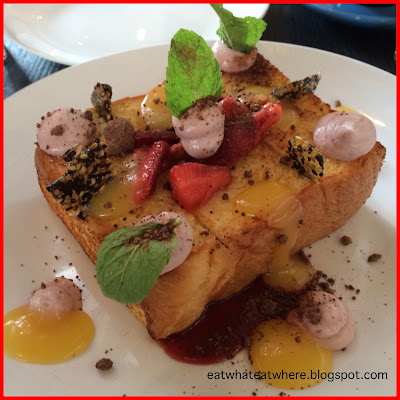 I absolutely loved this tangy rendition of french toast as it didn't come off as sweet like many I've had before but those who dislike sourish flavours may not embrace this as wholeheartedly as I did.  I have to list this as my most favourite french toast todate. 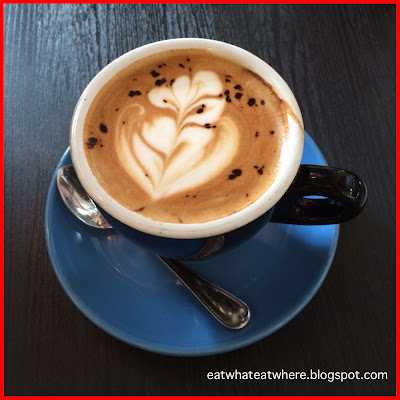 The coffees here are really good, like our Hot Cappuccino @ RM11..... 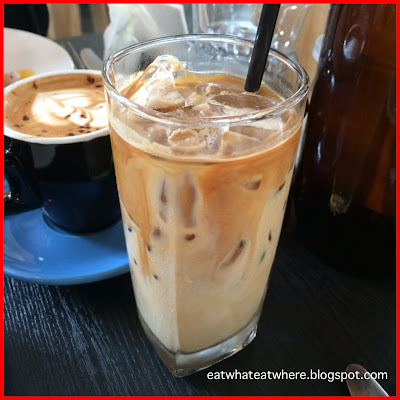 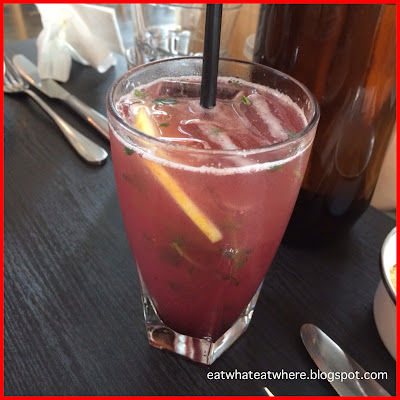 We also shared a Berry Berry & Thyme Fizz @ RM13.  I liked that I could immediately taste the thyme in the drink although I would have appreciated a higher concentration of berry flavour.  Your other choices would be Mango, Mint & Passion Fizz or Kiwi, Kasturi & Mint Fizz or you could go with Fresh Apple Juice (slow-juiced) or Fresh Orange Juice (hand-pressed) all at RM13 each. 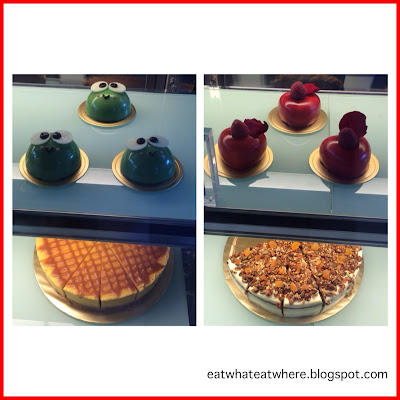 We saw these super cute cakes of Mister Green and L'Affection at their cake counter, that looks to-die-for, together with Salted Caramel Cheesecake and Apple Cranberry, which we didn't get to try as we had lunch plans later :( 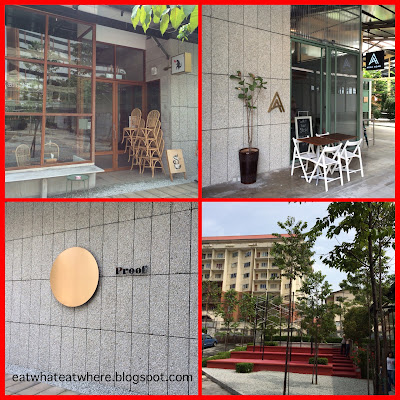 Besides this sunny cafe, APW Bangsar is also home to a number of other eateries like Kaiju Company (Japanese Thai fusion), Agak Agak (Malaysian cuisine), Proof (Pizza + Wine), Pulp by Papa Palheta (coffee joint) and more, even a barber shop.

The reviews I read on their Facebook Page seem pretty mixed of late with complaints of either the long wait for a table, the service or they didn't fancy the type of food served.

As far as the food was concerned, I had no complaints on the two we tried that morning.  Not only did it taste good, it was beautifully plated as well.  In fact, their version of french toast is the best version I've had so far. I actually liked that their menu is a bit more creative than the usual cafe food we get elsewhere but if you're looking for some variation of a big breakfast, you won't find it here.  So, patrons looking for the standard breakfast fare of bacon, ham, sausages and eggs done any way, let me forewarn you that you might be up for some disappointment.

Personally, I would return in a heartbeat.  I would so love to try more of their food...and eat that french toast again! ^o^