After our buffet breakfast at Swiss-Garden Beach Resort Damai Laut on Day 2, we took a stroll around the resort premises to walk off our fulfilling breakfast, take in the sights and snap some lovely photos. After a round of basketball and volleyball...and a refreshing shower, we headed out of the resort enroute to lunch for one of our only meal that wasn't already included in our trip package.  After I read about the place from Mimi's Dining Room), Villa Seafood Restaurant @ Sitiawan, about half an hour away, became our lunch destination of choice. 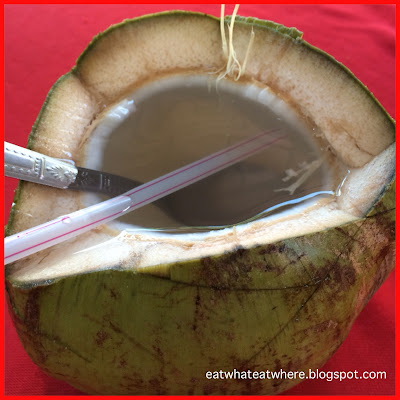 It's a no-frills, non air-conditioned restaurant and since it was a hot and humid day when we arrived for lunch, we all had a Fresh Coconut each @ RM4 to start with.  Though it wasn't cold (you could ask for ice if you wanted), it was certainly refreshing. 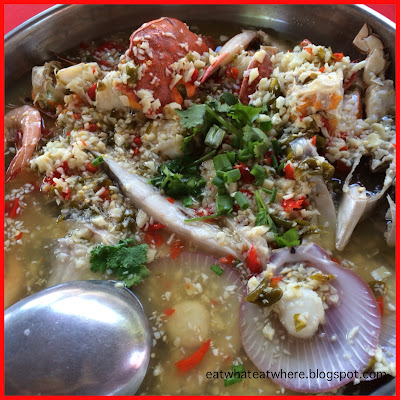 Since I saw this dish on Mimi's Dining Room, I knew I wanted to order it as our first dish.  Known as the Four Heavenly Kings @ RM76 and probably so named because it came loaded with four types of the freshest seafood submerged in a clear Thai-style sour and spicy broth.  A bit much for three but we finished it nonetheless. 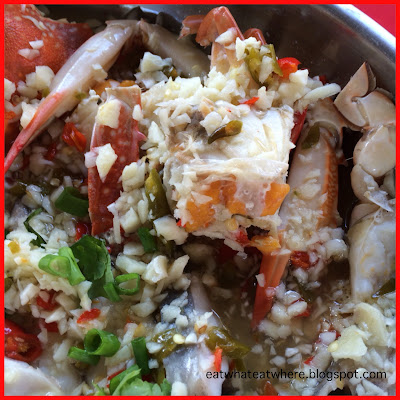 flower crabs (I think there were two whole crabs)

The four types of seafood....flower crabs, white pomfret, scallops and prawns were infused in a broth that had lots of minced garlic, fresh chillies, chopped spring onions and Chinese parsley. 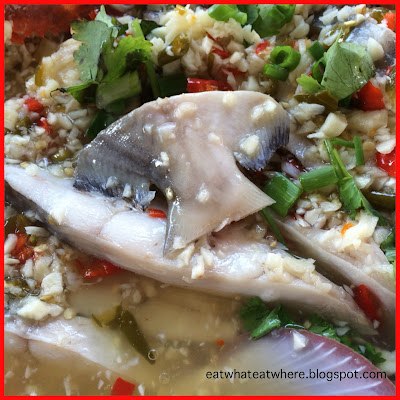 As we were still feeling rather full from our buffet breakfast, this dish was ideal for us for its ability to open up our appetites. 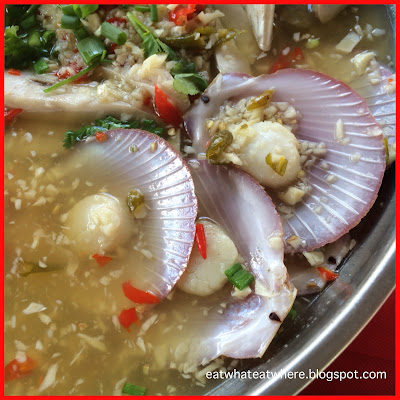 scallops (there were more than six if I remember correctly)

The well balanced sour and spicy broth was light and refreshing.  We found ourselves drinking spoon after spoon of the steaming hot, spicy and sourish broth. 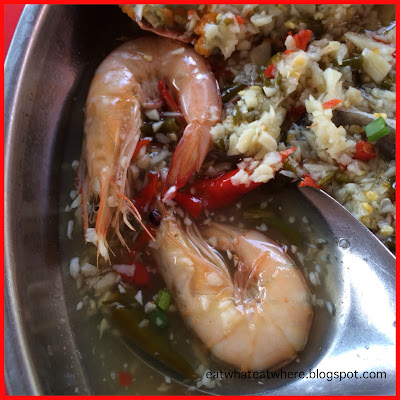 prawns (there were at least six I think)

If you're not a fan of loads of fresh garlic in a sourish broth, then this might not be for you....but we were! ;) 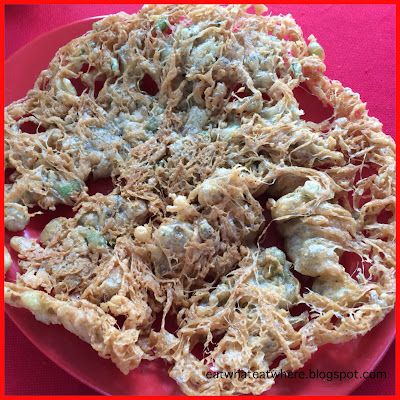 Next, we ordered the Fried Oyster Omelette @ RM12.  This I would say is a bit similar to Thai-style omelettes I've eaten where the eggs are fried till fluffy and very crispy on the edges although this version was even more frizzy and super crispy. 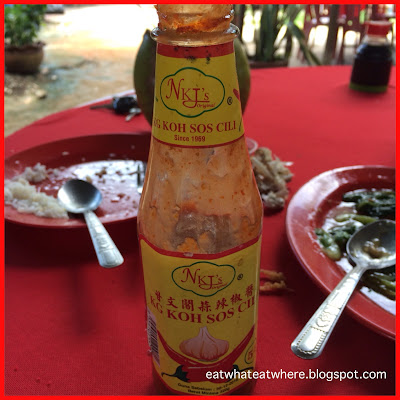 The chilli sauce on the table was of course none other than Kg Koh chilli sauce...the original no less :) 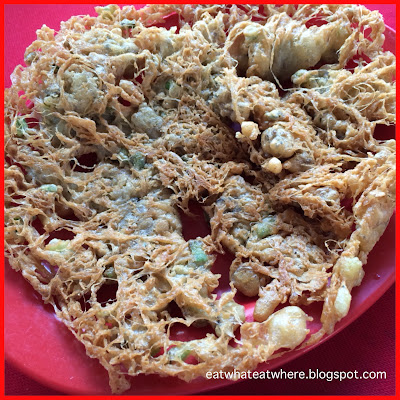 Even though this was also some kind of an oyster omelette, it wasn't quite the "oh chien" we're more accustomed to eating where the oysters are bigger and juicier with a thick and sticky batter.  The oysters here didn't give me the burst of juice when I bit into them presumably because the oysters were much smaller. 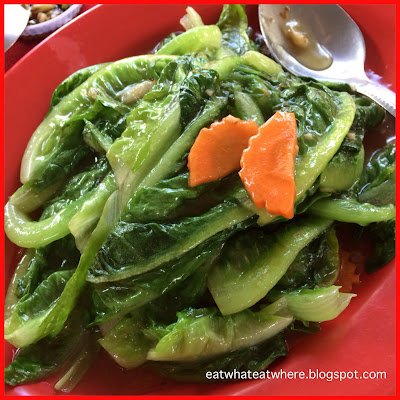 A plate of crunchy Stir-Fried "Yau Mak" (Romaine Lettuce) @ RM8 rounded up our meal.  We would have loved to have tried more, especially some Foochow dishes as Sitiawan is known for (like red wine mee sua), but there's only so much three ladies can eat (plus we were still reeling from our earlier breakfast and we wanted to leave a bit of stomach space to go hunting for more snacks later....kekeke!) ;D

On a side note, we had two uninvited guests....one played hard to get while the other came as soon as I called and sat down next to me.  Well, guess who got to eat some remnants of seafood! ;D

If you happen to find yourself in Sitiawan and in need of lunch or dinner, this could be a worthwhile stop. Prices are affordable, taste is pretty good, seafood is fresh and service is fast.

Email ThisBlogThis!Share to TwitterShare to FacebookShare to Pinterest
Labels: Food: Beyond Klang Valley, Food: Chinese, Location: Out of Town