SS2 Chow Yang Kopitiam @ SS2 PJ, opened since October 2016, is one coffee shop that has one of the most insane number of stalls in one place.  You'd be confronted with so many choices that deciding what to eat isn't going to be an easy affair. 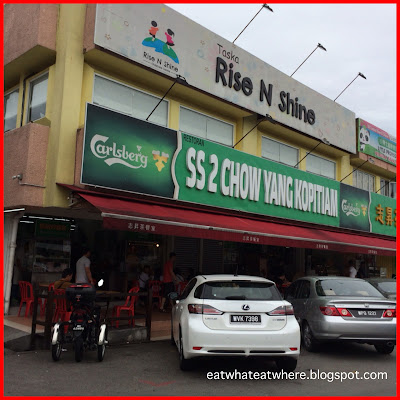 And because they have to house so many stalls (over 3 shoplots, one of which is a corner lot), there's really not a lot of space left for tables, so expect cramped seats that impede getting around the tables.  Unlike O & S Restaurant which has a lot of staff working for them, where tables are cleared quickly and drinks get served very fast, that's not the case here due to lack of workers. 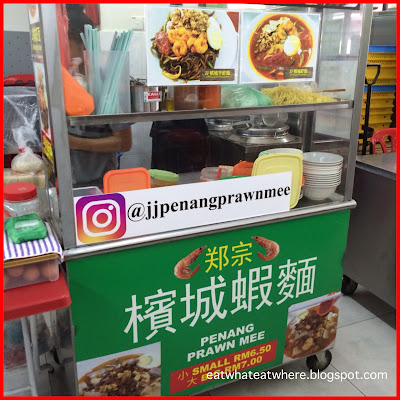 I've not eaten here before and don't know what's good here.  One of the first few stalls that attracted my attention was this JJ Penang Prawn Mee based on the fact that they seem to be a busy stall. 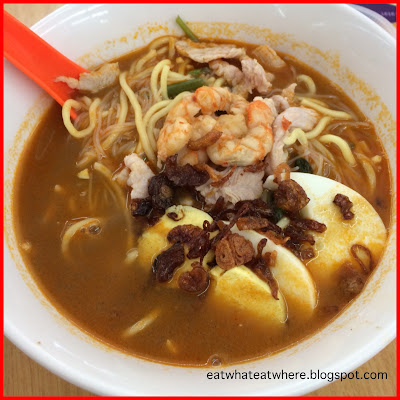 The Penang Hokkien Mee @ RM6.50 (S) arrived looking the part with prawns, sliced pork, hard-boiled eggs, kangkung and fried shallots submerged in a broth that looked very promising.  The crispy shallots were the freshly fried kind that I approve.  If there's one tiny thing that can be improved would be the thinly sliced lean pork. 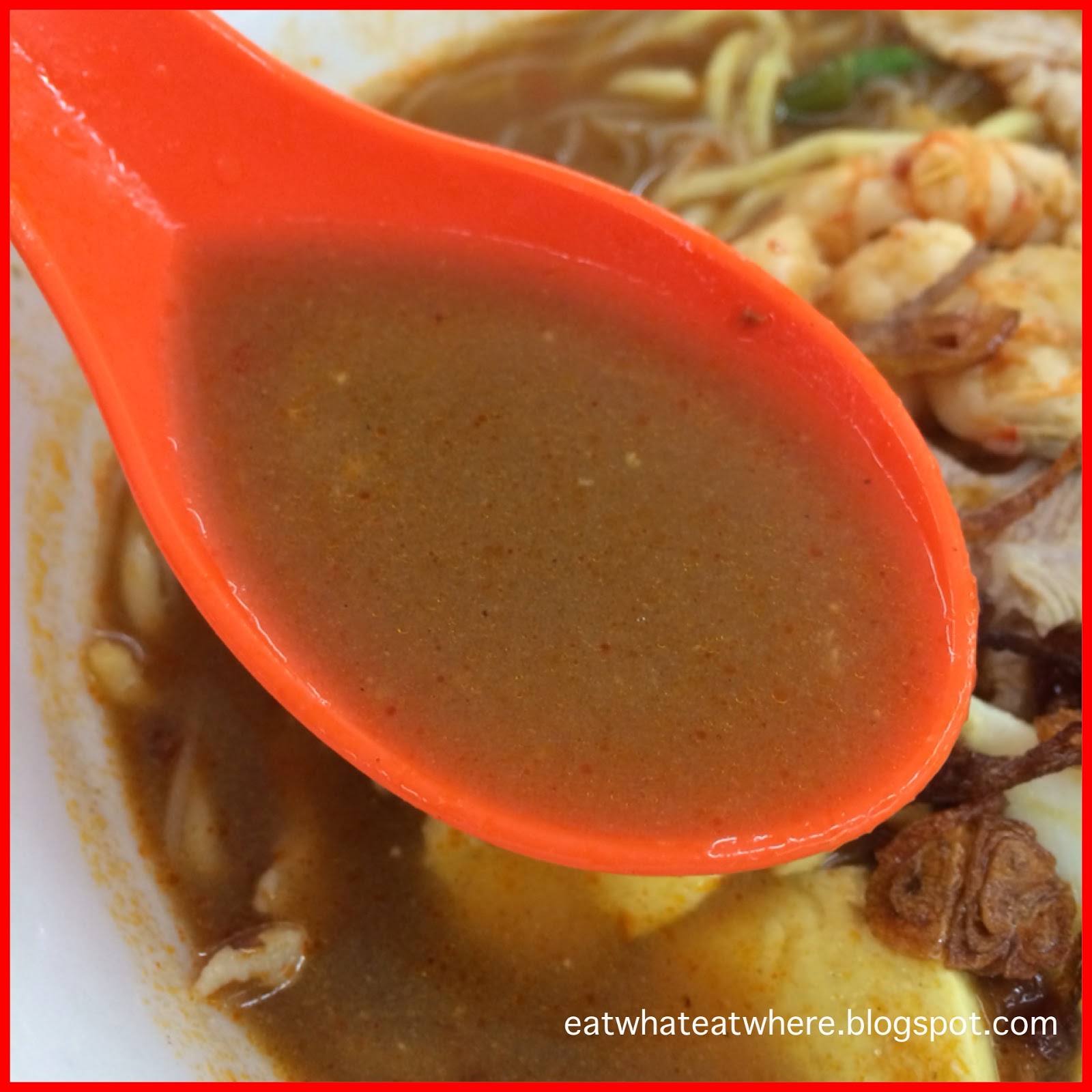 And the broth didn't disappoint even though it looked more brownish (than reddish) initially (maybe a tad more prawn oil and it would have been perfect).  I was pleasantly surprised that it had that robust prawny-flavour that I liked. ^o^  There's even a dry-style prawn mee offered...now why would anyone want to eat dry-style, the prawn broth is the very reason one wants to eat prawn mee! :P 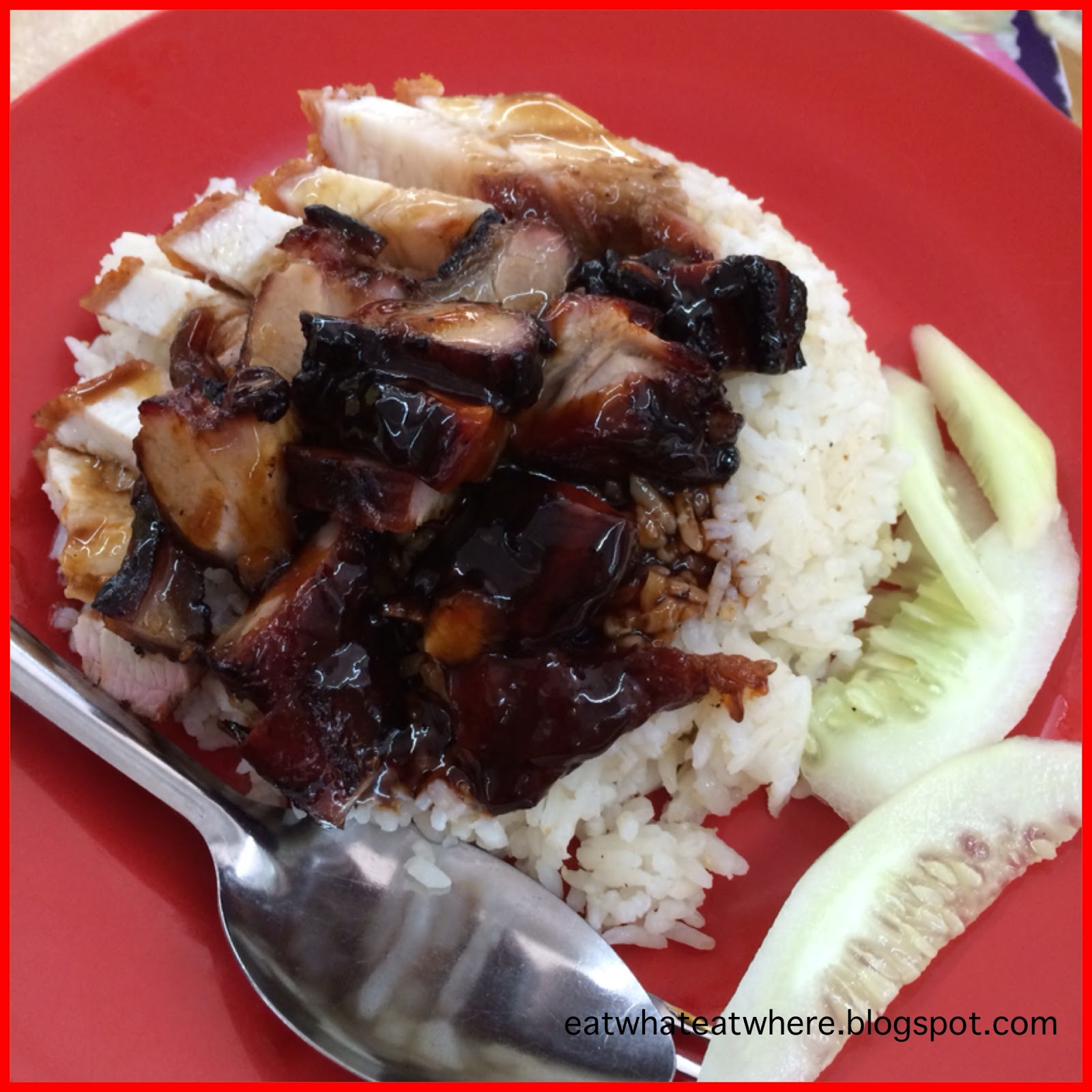 The Char Siew & Siew Yoke Rice @ RM7 was decent, the char siew being better than the siew yoke.  The taste of the char siew sauce of this one is a little different from the norm. 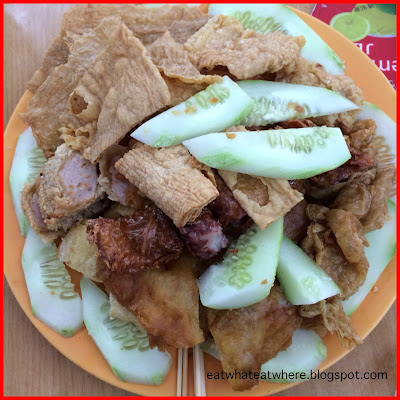 Our sharing platter of Penang Lobak @ RM16.50 was pretty ok too, the standout being the fried lobak and the super soft fried tofu.  But you'd probably won't want to bother with the vegetarian mock duck that lacked taste and, worst still, wasn't crispy at all.  The dipping sauce needs some improvement though. 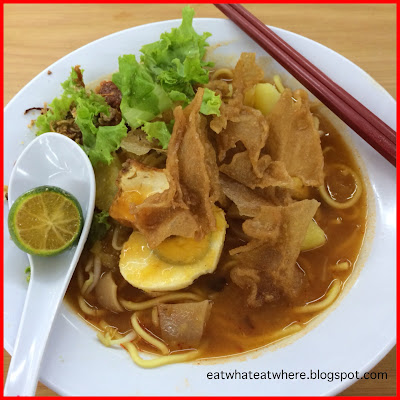 I had my eyes set on the Penang Jawa Mee stall on my first visit here as I noticed they were one of the stalls that were doing a roaring business.  So, I ordered the Penang Mee Jawa @ RM6 on my next visit that came with yellow mee, crispy fritters, cuttlefish, hard-boiled egg, bean curd slices, sweet potatoes, bean sprouts, lettuce, fried shallots and a spicy sambal. 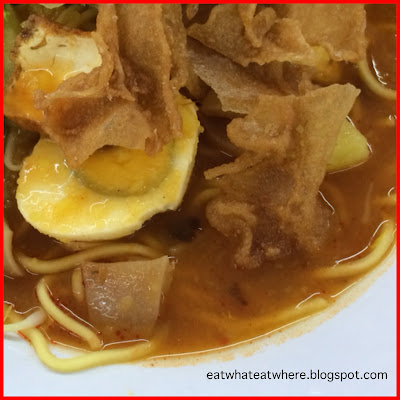 It's a respectable rendition as it's not easy to find mee jawa in Klang Valley but I probably would have enjoyed it more if the sauce was thicker and had a bit more sweet potatoes than tomato taste. 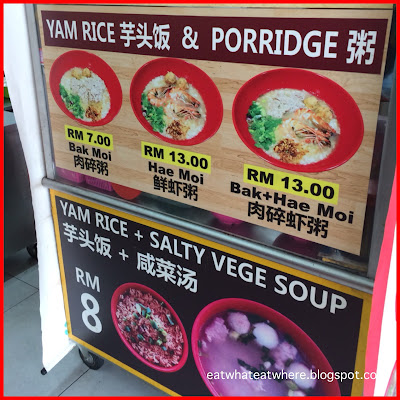 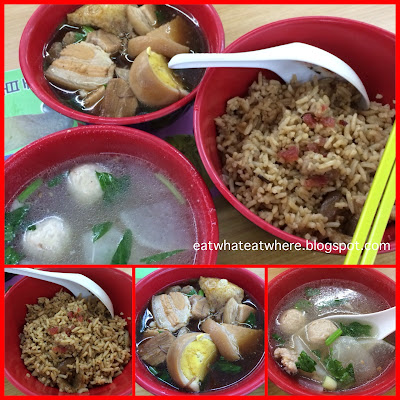 It was white radish soup that had pork balls and minced pork in it with the prominent taste of "daun sup" (celery leaves) which he dislikes (I don't like daun sup either).  It also came with a bowl of braised pork belly, half a hard-boiled egg and tofu puffs.  I didn't try the pork belly since I'm not into soft, wobbly stuff but the broth had a strong herbal hint, not something I personally like. 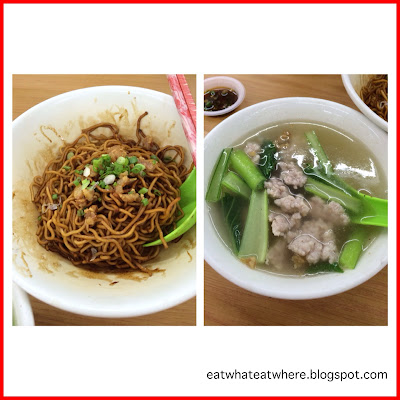 The Pork Noodles @ RM6 shown here was the dry-style version with yee mee and some crispy pork lard topping.  But the true reflection of a good bowl of pork noodles lies in the soup base and this one didn't pass the test.  Maybe the bland flavour was due to just minced pork in the broth (since my son only wanted that)...but still....not something I dare order again. 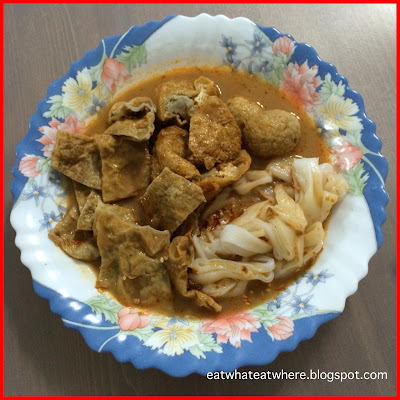 This is supposedly the famous Chow Yang Chee Cheong Fun (RM1 a piece) that has been in business since 1979.  They were in Restoran Tong Fong before moving back here to SS2.  I packed some for home but I can't say it tasted any different to other chee cheong fun I've had before + the curry sauce wasn't anything special (perhaps I should have eaten it with the brown sauce instead).  I guess the nostalgia (and taste) only appeals to those who grew up eating this for the last 39 years.

For now, I'm pretty happy with this surprisingly worthy find of a good Penang Hokkien (aka Prawn) Mee while the Mee Jawa would be my other choice.