With my friends' children making a ruckus at Flint, it was time to flee to somewhere else to catch up over a cuppa after a long hiatus of not meeting up.  We didn't want to get into our cars again, so we walked two doors down to 28 Fireplace @ Ampang. 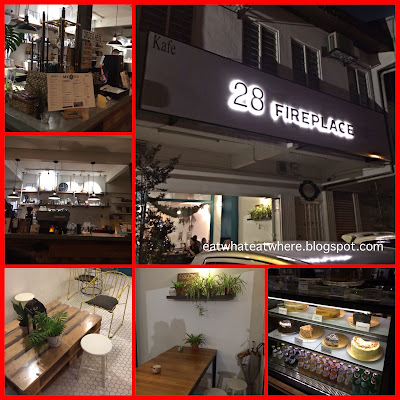 The name of the place already conjures up a feeling of warmth and laidback coziness and that suited us fine after our sumptuous dinner at Flint.  We just needed a place to relax and chit-chat further. 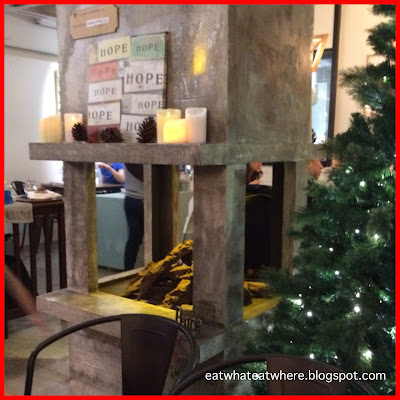 To stay true to its name, there was a fireplace inside this 1 1/2-year-old Melbourne-inspired cafe...but only a decorative one, of course.  So, you'll just have to use your imagination if you want a real fireplace! ;P

I think we got there around 9pm and were kindly informed that their kitchen has just closed but coffees and cakes were still available (incidentally, they close at 11pm on Fridays & Saturdays).  Since we didn't finish on a sweet note at Flint (+ we couldn't even if we wanted to because of the racket the children were making), I courteously asked if they could accommodate us with some pancakes and French toast, two breakfast items that I spotted on the menu that could well 'qualify' as something sweet for us to end our meal (since we didn't feel like having cakes)...and they graciously obliged (which was very kind of them). 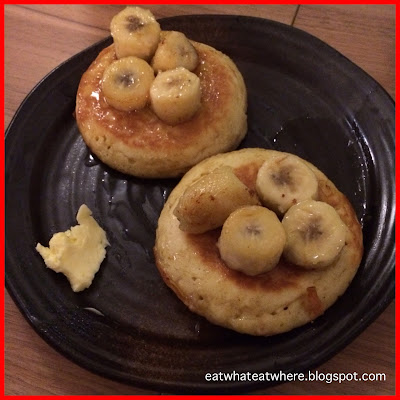 The Fatty Pancake @ RM22 featured two signature Fireplace pancakes served with blueberry compote and caramelised bananas (there's also an option with butter & maple syrup for RM16).  What we got was probably a combination of the two as it didn't seem to have any blueberry compote but it had caramelised bananas, butter and maple syrup.  Maybe they ran out of blueberry compote and they didn't want to make a fresh batch...and I certainly wasn't going to complain since they were more than gracious to extend their kitchen hours just to accommodate us. 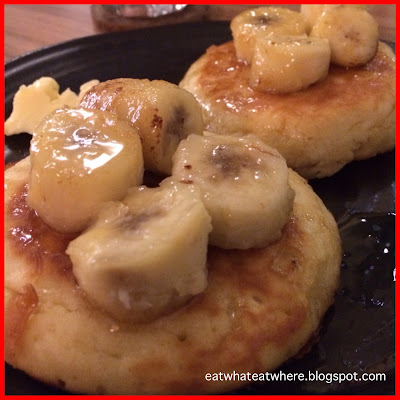 I can see where the pancakes got their name as the two pieces of pancakes were fat alright.  Not only were they thick, they were fluffy and delicious....and they made for a good bite (unlike some thin pancakes that require a few layers to make a bite)! :P 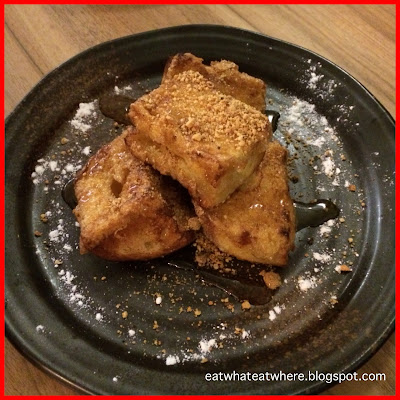 The Classic French Toast @ RM13 comprised of four thick slices of butter bread with crushed peanuts finished with a dusting of powdered sugar. 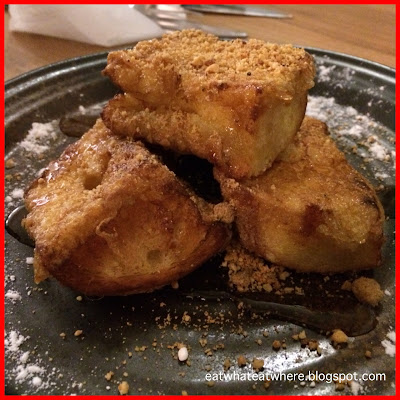 Again, I liked that they were thick slices which made them extra fluffy and delish...and they had nice crisp edges too.  The crunch from the peanuts and the sweetness was just right from the drizzle of maple syrup as they didn't go overboard with the dusting of sugar. 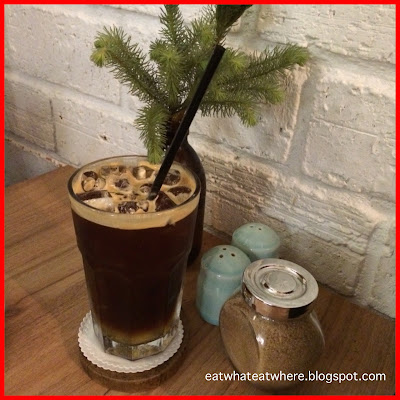 And, of course, chit-chatting is always more pleasurable when there is coffee in the mix.  We ordered the usuals except for one, the Firebomb @ RM15, coz we were curious what a coffee and cream soda blend would taste like.  It was unique alright but not quite my cup of tea coffee probably because I prefer coffee with milk (I've never liked black coffee other than our local kopi-o...lol!).  But if you like black coffee, you'll probably find this both interesting and pleasurable, something different at least. 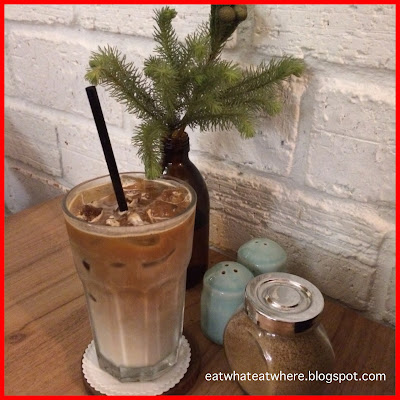 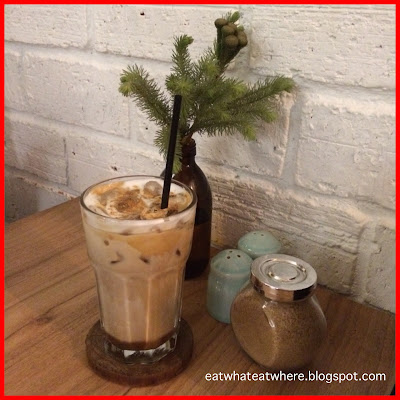 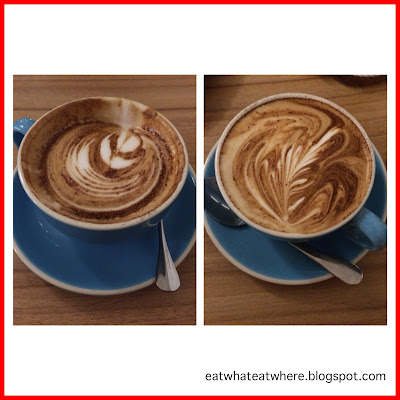 Hot Cappuccino @ RM12 (oops, my friend excitedly drank one before a photo could be taken...hehe)! ;)  It was great to catch up with one another and we stayed till closing time.

This charming cafe has a warm (no pun intended) and welcoming vibe.  It's a great place for brekkies and coffees.  I'm sure you'll find something to your liking from their breakfast menu of big breakfasts, bagels, pancakes, french toast, eggs benedict, florentine or arlington, or even just a classic egg toast.  If that's not enough, they also have gourmet sandwiches, healthy salads and pastas for you to choose from.

Service is warm (again, no pun intended) and friendly.  I appreciated that they were very accommodating too to keep their kitchen open just a while longer for us.

I envy Ampang folks as they're so lucky to have this great coffee joint near them (as well as that fantastic steak place just two doors away).  Well, I suppose I ain't too far away myself and, as sure as the sun will rise tomorrow, I'll be back! ^_~