Recently, my spouse spotted this new restaurant, BBQ Soon Hing @ SS2 PJ, while he was driving around the area.  A quick check revealed that they have branches in Kota Kemuning and Bandar Puteri Puchong and this new branch was opened beginning of this year. 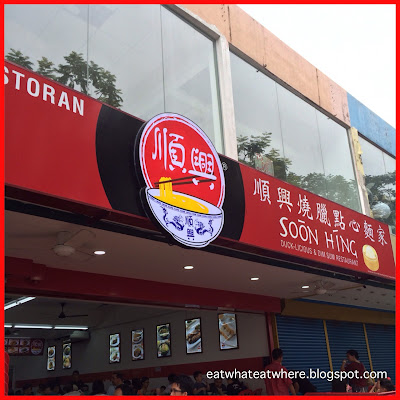 So, on a Sunday morning, we dropped by for breakfast to try out the food.  Upon entering, it was quite obvious that the shop is famous for BBQ meats with a small selection of dim sum on the menu as you can see pictures of the types of food plastered all over the walls. 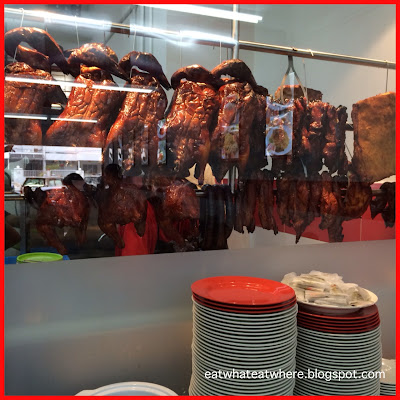 The majority of their menu covers any type of roasted meat...be it roasted duck, chicken, pork, sausages or "char siew" (BBQ pork) that you can have with either wantan mee or rice.  But their main focus (I think) is their roast duck as you can see on their chopping counter (where the amount of ducks outweigh the other barbequed meats) + there's also the word "duck-licious" on their signboard. 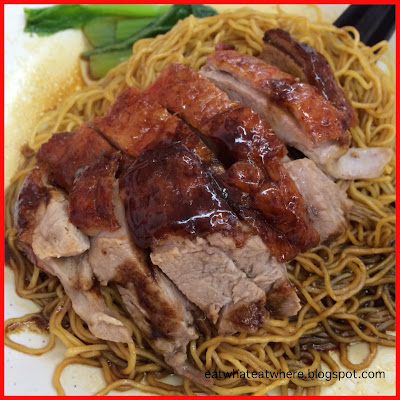 And since duck seems to be their no. 1 focus, let's start with the Roasted Duck Mee @ 7.40 (for small, RM8.50 for big).  I'd say their roast duck was certainly decent but not the best I've had.  Half a duck here costs just under RM30. 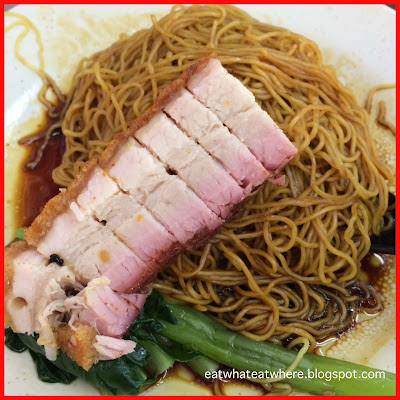 The Roasted Pork Mee @ RM6.90 (for small, RM8 for big or RM6.40 with rice) was pretty decent too...and so was the flavour and texture of the wantan mee. 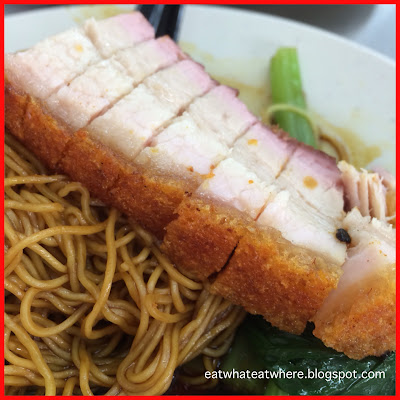 The roasted pork is not too fatty or salty with a nice crispy skin.  A packet of roasted pork rice that we "tapau" (packed) costs RM6.40. 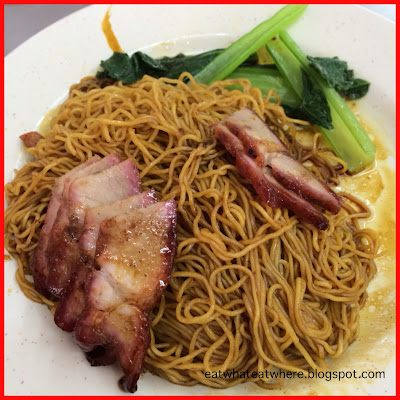 The Char Siew Wantan Mee @ RM6.40 (for small, RM7.40 for big or RM5.80 with rice) was our least favourite of the three probably because we didn't specify the cut we wanted and ended up with pretty lean meat.  But then, looking at the strips of char siew hanging at their counter, they weren't as caramelised as some of those we've had at other places + I think the char siew here tend to be on the leaner side too.  Great for those who like their char siew lean! ;) 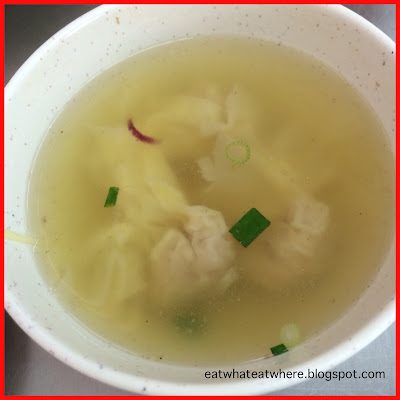 The wantans with the char siew mee 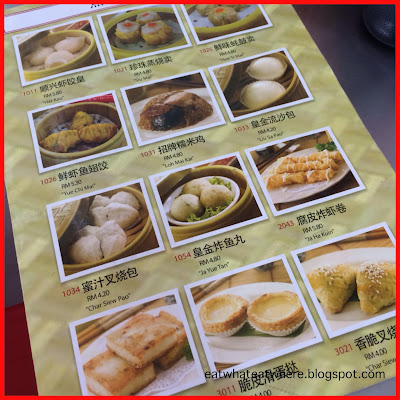 Besides roasted meats with noodles and rice, the shop also serves a small selection of dim sum items...twelve actually judging from the menu. 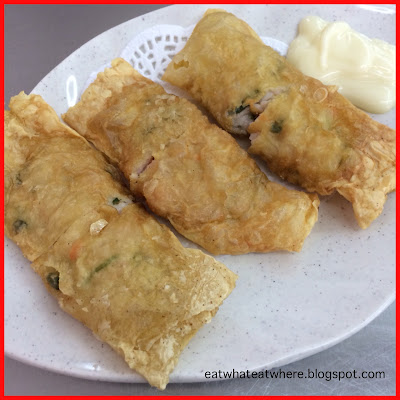 We ordered the "Ja Ha Kuin" (Fried Prawn Roll) @ RM5.80.  The fried prawn rolls were unlike the other prawn rolls we had before which contained only whole prawns.  This one had a mixture of minced prawns and pork with chopped carrots, jicama and spring onions.  It was an acceptable rendition for the filling was plump and the skin was slightly crispy around the edges, just that I prefer those with whole prawns with a more crisp bean curd skin. 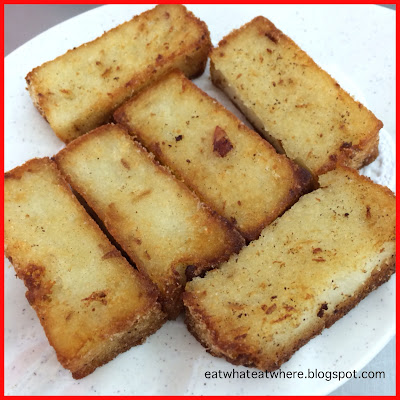 Next, we tried the "Loh Pak Goe" (Fried Carrot Cake) @ RM4.80 (for 3 pcs).  I liked that the fried radish cake was cut into two before frying resulting in more crisp edges.  Again, it was respectably executed. 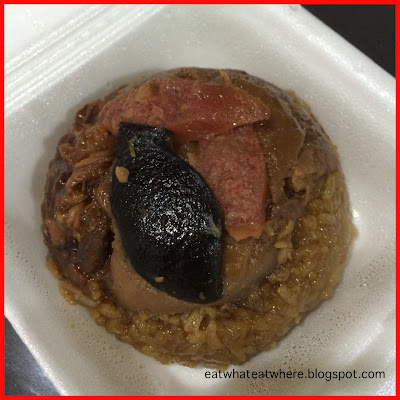 I packed a "Loh Mai Kai" (Steamed Glutinous Rice with Chicken) @ RM4.80 for consumption later.  I re-steamed it (for lunch) and detected a hint of Chinese wine at first bite and was surprised...in a good way :) The glutinous rice was really soft and the mixture of chicken, minced pork, Chinese sausage and mushroom tasted good too.  This was a very good loh mai kai (I think I need to eat it a few more times just to make sure)! ;D


This place is a decent choice for some barbequed meats with noodles or rice if you're in the SS2 area. Although I've only sampled 3 of the 12 dim sum items, all 3 were pleasurable especially the loh mai kai.


A return trip is on the cards to try their curry laksa and more dim sum items.